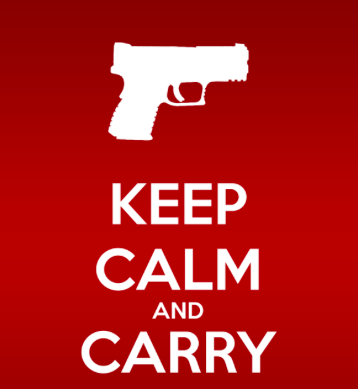 It was only a matter of where and when the next attack would occur. In the aftermath of the massacre in San Bernardino, CA by radical Islamic terrorists, we discovered the two killers were named as Syed Rizwan Farook and Tashfeen Malik. The media appeared shocked to learn a woman was involved in the murders. It took awhile for them to report the killers’ names although early on many of us were learning their identities via Twitter and Facebook. As the relationship between the two was revealed it occurred to me the K-1 visa bride more than likely radicalized her American born husband.

With gun stores reporting record sales it appears the majority of Americans now understand, if they had not before, we are at war with radical Islamists. And it is not just America these terrorists have declared war against; it is all of Western culture and non fundamentalist Muslims. They have been waging a war on “infidels” for centuries, so anyone who says that we brought it upon ourselves must acknowledge this fight has been going on long before America was discovered.

Americans have been preparing for this war and I pray more people will arm themselves and be able to stop or at least minimize any damage visited upon us by Islamic, or any domestic, terrorists. I have faith in our resolve and our courage.

We know the potential threat of terrorists whether they are Islamic or any other fanatical individual or group. What is more concerning is a government consistently shifting the narrative away from speaking the name of our enemy and instead focusing on gun violence or climate change as urgent issues that need to be addressed.

Speaking about the San Bernardino massacre and other attacks the Obama Administration and the left seems more concerned with not offending the Muslim community than recognizing and conveying the truth to the American people or taking measures to protect us. Attorney General Loretta Lynch even went so far as to say she would prosecute anyone guilty of what she considered violence-inspiring speech.  So now we have the head of the Justice Department threatening to deprive the American people of their constitutional right to free speech if they speak out against radical Islam. Can we say “shari’ah?” Interesting we haven’t heard her say the same about the #BlackLivesMatter group who calls for the killing of law enforcement officers.

Americans will not tolerate any gun control measures. We are born out of revolution and hold our God given rights sacred. Conservatives should be conveying to the American people that the Bill of Rights is a list of our human rights. These are not rights given to us by government; they predate any laws of man. The right to speak freely and the right to protect ourselves, our families, loved ones, and co-workers should never be the subject of political debate.

This is our reality and will be for the future. We must realize electing a Republican will not immediately make this threat go away. The threat is in our country and in our cities. Learn how to protect yourself and your loved ones. Take firearms classes and learn how to use a firearm safely and properly. Get your concealed license permit. Refuse to be a victim.

Stealing from the British World Word II poster, all I can say is KEEP CALM AND CARRY!

Nonie Darwish: The Truth About the San Bernardino Attack