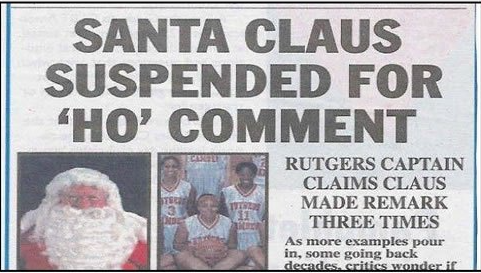 While we cannot cry “fire” falsely in a crowded theatre, thus causing panic, we can do so if there is fire. One should bear this in mind when peeking through the window at the neighbor’s pipe bomb factory.

On the other hand, stating falsely anything about another’s business reputation, criminal history (alleging crime), sexual disease or immoral acts constitutes libel per se. Thus, if you publicly speak about someone regarding criminal conduct they are not committing, you may be liable for libel under tort law.

However, reporting what we see as “suspicious” does not fall in this category. Rather than debating with your neighbors and family (spreading rumors may constitute slander or libel), you should call the authorities, because this may actually prevent you from being falsely accused of libel in future. Public interest outweighs an honest mistake.

There is more to the reluctance to report another than political correctness. There is more to political correctness itself, because it encompasses not merely our speech but also our conduct. Political correctness is often not even directly applied to the word itself as much as to “how” things were said, the proverbial “tone” of the speech (in Donald Trump’s words). After all, people are not restrained from crossing the boundaries of decency on the internet’s social media and “review” sites (such as Yelp), where slanders often masquerade in the cloak of opinion. Why should then they be restrained in reporting an untoward activity in their neighborhood?

Because the aim of political correctness is to restrict our conduct toward others – apparently in order to preserve ethical conduct in society as such. Ethics, however, have many dimensions: the ethics of our family life, ethical economic exchange with others, ethics of different fields of human endeavor (environmental ethics, feminist ethics, computer research ethics, etc.), and the collective ethics of one society toward another. Every society also observes a different type of ethical system or system of values, which is intertwined with that society’s religious makeup.

All ethical systems are concerned with our duties and moral obligations to the world. The personal, social, and political are often intertwined, and our particular religion merely establishes a “ladder of moral priorities” (e.g. the Ten Commandments). Christianity’s main credo could be summed up as: “Help your neighbor” and “Do unto others as you would them do undo you.” Eastern religions usually propound: “Learn to suffer and master your desires.” Judaism: “Bide your time, observe the law and tradition.” Islam: “The law of Allah is the only law. Spread this law and warn the world of the Judgment Day.”

When the state begins to be concerned primarily with our ethics and morals, prescribing us how to speak and how to treat one another, it will necessarily encroach upon our virtues and our religion, because they are inseparable. In the attempt to secularize our ethics, the imposition of political correctness actually takes away our ethics and supplants it with – the State itself. The State is to be our God: the State prescribes us how to “help our neighbor” and “do unto others” and how to “observe holidays” and traditions.

This goes beyond just promulgating healthy laws, because – as far as the State is concerned – there is no God (!) thus no-one to whom our conscience could answer. Conscience does not matter to the State. What matters to the State is that you abide by laws and pay your taxes – and keep as silent as possible on the “issues of the State.” In fact, our law prescribes that if you have no duty under law (for instance no duty to help your neighbor or, conversely, to report the untoward activities in your neighborhood), you should not undertake any effort to mitigate or even interfere with whatever is going on – because, by doing so, you would actually create and assume a duty (e.g. to help your neighbor) in a reasonable manner (or else you will be liable for negligence), or the duty to report something truthfully (because otherwise you might have to account for libel or slander in court).

We could seek solace in philosophy – but would we find it? In his Philosophy of Right Hegel strives to reconcile the modern society’s concept of “social rights” (the rights we enjoy as members of a state and society) with “natural rights” (the God-given “inalienable rights”). Similar to Locke, he views social rights as contractual: we contract with the state for protection and in return pay taxes and respect our neighbors’ rights to do the same.

Political correctness may only propose guidelines which we may follow, provided our conscience does not object and our God gives us a blessing.

Of course, you have to have a conscience and believe in God in order to have the strength and skill to deal with political correctness.