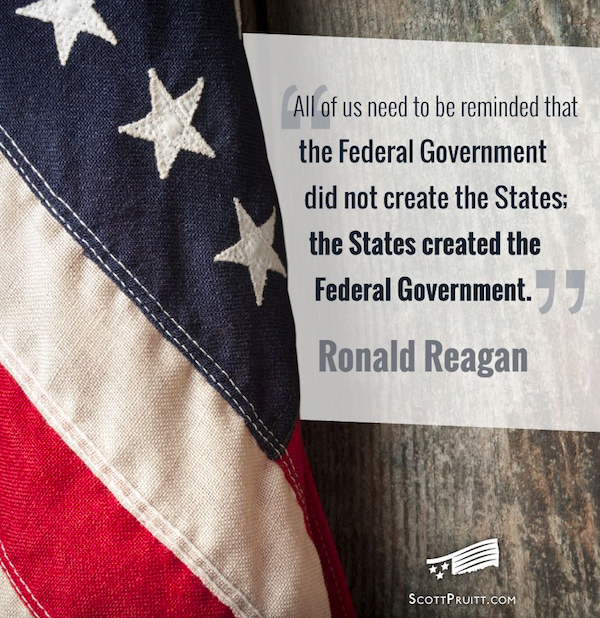 Advocates for individual rights are painted as mean and heartless. Baby boomers who made up the bulk of the TEA Party are mostly a generation who grew up with these ideas once known as common sense: 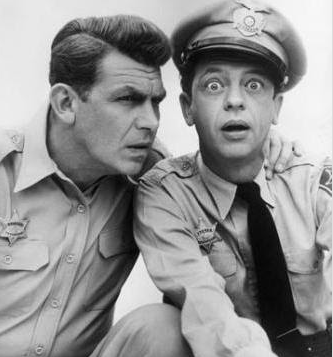 A society living by these concepts and other crazy ideas from my youth requires very little oversight from the government and lead to very healthy communities, but these days they are depicted as mean-spirited while progressives normalize behaviors that lead to death. “You don’t you care about those that are hungry?” Well, of course we do, but if they can work, they should work. Taking someone else’s hard-earned money is wrong, even if there is a government program arbitrating the theft. Mayberry only needed one Sheriff and one deputy who didn’t have a bullet in his gun. While Mayberry may not be entirely realistic on a large scale, one must ask: At what point did we lose the notion that it is at least the goal to have communities of people who are good?

Being a productive member of society and personally choosing to give of yourself is success no matter what economic level you aspire to. For example, you can be a dirt poor missionary, but when you choose to spend all your time, money and energy to make life better for another or others, that is absolutely a success even if you never acquire monetary wealth or fame. It inspires others in your sphere of influence to do the same. On the other hand, taking from others or getting a trophy for doing nothing nets the opposite result. A welfare program or student loan forgiveness that discourages working for what you acquire has a negative effect on individuals and society. The social order where one person can demand what someone else worked for is unacceptable and damaging to both the person who takes and the person who is forced to pay. A required minimum wage is that trophy given just for showing up. Even teachers sometime resort to mob rule as the best way to get a raise from taxpayers ‘for the children”. Well, everyone doesn’t deserve a raise, and the mob bosses are the only ones that see any significant gain. The system is very flawed and by design will act as a bulldozer to those that do not comply and harms the quality and effectiveness of every effort to produce.

The Tea Party movement is made up of people who envision (or remember) a strong and capable society which can only come from strong individuals and strong families. Taxes that are enforced by threat of confiscation of property and/or freedom is slavery, plain and simple, and to put it in the simplest of terms… We are Taxed Enough Already. Taxes should be voluntary. At the most, government should be like a Home Owners Association on a city-by-city and state-by-state basis. Imagine how small government would be if the government only had the money that we voluntarily sent in. That is the difference between a free citizen and a subject. 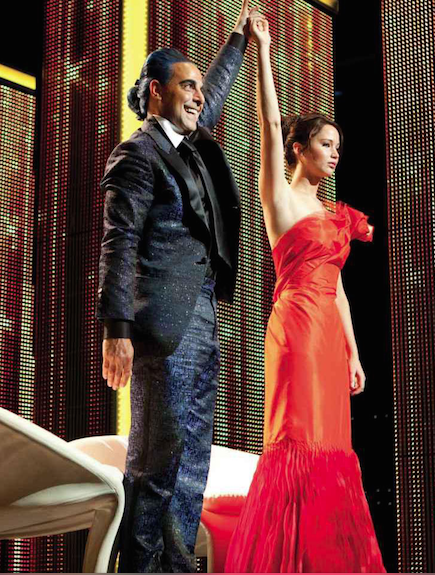 Some believe we lost the battle. Will the next generation just take on the shackles in the hopes that some day they will have the chance at a balcony seat in The Hunger Games by killing off the weak? I hope that is not so. I pray that evil plots backfire. I am holding out hope that the pendulum will again swing back to people hungry for individual rights and personal responsibility. But the answer lies in changing our focus.

It is impossible to have a cohesive message when the basic premise of the Taxed Enough Already Party is “Leave me alone so I can do things my own way.” How do you form a definitive group-think attitude of people whose goal is freedom to practice their individual rights? It’s like herding cats. You either have a group, or you have individuals. It’s quite the conundrum. I am waiting for the “Government, No One Asked You” Party, which would be a broader version of the T.E.A. Party.

How do you put a group label on people who refuse to be grouped or labeled? You most certainly can’t make that work on a national level. Organize smaller groups who learn from one another and assist one another issue by issue. Concentrate on state and local victories.

The ship called our “nation” is too big to turn around in this storm without capsizing. The RNC and DNC are managed by the same global corporations that are making deals with both federal and state government. I am convinced that most of the 17 candidates were merely to mess with folks and keep them distracted and discouraged while the Resident completes his campaign promise of the Fundamental Transformation of America into a weak third world country. When you allow yourself to get sucked into the national/global Borg, your message of individual freedom is bound to be lost. Take a look at the National Governors Association (which is a club for global corporations to buy influence), and review their Corporate Fellows. Play their game or lose your power. Resistance is futile! At least it is futile if we focus on turning the entire national ship around.

Bring that main focus to your state and community. Your representatives are your neighbors. Your State government, your local school board and city council have been getting their marching orders from the Borg by default, because the citizens/subjects/voters don’t hold them accountable. That is where you can make the difference.

Prepare to have your mind stretched. Here are some comments by my friend, Mark Kreslins, regarding an article on the peak and decline of the TEA Party:

“I suspect this headline, ‘America’s Tea Party Movement has Officially Peaked’, is correct. Demographics alone make this a certainty. Let’s be honest, Gen-xer’s and Millennials are not exactly enthralled with this baby-boom inspired political effort. By the way, I’m a baby-boomer myself.

So, when movements like this “peak” or come to an end, it’s important to look back and wonder why? Why did such a powerful political movement emerge, wane (where we are now), and then disappear? Here are my reasons, what are yours?

1. It was co-opted by the GOP. As political novices, most people engaged in the Tea Party were really just angry republicans. Thus, it was easy peasy for the “national” GOP to offer itself as the natural home for these Tea Partiers…and most Tea Party members agreed. They were only willing to leave the GOP plantation for a few months just before an election but were counted on by political operatives to come back to the reservation on election day. As most Tea Partiers dutifully did.

2. Next, they never had a cohesive message. Taxed Enough Already…didn’t sell and never really took hold. People were still eating out in droves, taking vacations, saving for college, buying new cars, etc. So maybe taxes wasn’t fueling the anger. Then came RINO and that sort of worked for a little while, but never really could be sustained. Why? Because if ultimate victory meant taking over Congress and the White House, well then there were going to be a whole lotta RINO’s from the northeast and west needed to take it over. Thus, political compromise became the necessity of the Tea Party if winning meant a GOP takeover in Congress. And let’s be honest, that was the definition of victory friends. Everyone on talk radio were beside themselves with glee when the GOP rook over Congress under Obama.

3. Lacking a cohesive message, they quite naturally drifted back into traditional election politics strategies. Victory for the Tea Party was all about winning federal elections with supposed “Tea Party” candidates. This strategy was doomed to failure because the “Party” never came to grips with political demographics…there were never a majority of people who identified as Tea Partiers. Sure, there may have been a few Tea Party candidates that won here and there, but there would NEVER have been a time where there would be a majority in the House and Senate who supported the Tea Party agenda.

4. The Tea Party lacked imagination. It got co-opted almost immediately by the GOP. In keeping with traditional election politics, it saw victory as winning federal elections. And thus, it got pigeonholed as jut another bunch of angry old conservatives who wanted to “Take Back America.” Unfortunately, there were never enough angry old “conservatives” to do this and there were very few Tea Party “leaders” offering other alternatives.

What are your views?”

How do we maintain a hope for the future? We are proposing huge changes in the way people think of America. Federal means “from the states” and the Federal government is only supposed to have the power that the individuals and states consent to. The idea that the oligarchy on high (a.k.a. D.C.) can regulate bug survival in CA is completely contrary to our Declaration of Independence, contrary to our God-given purposes and allegiances. Farmers should just submit to that nonsense while the world starves? Some people in robes get to declare that Oklahoma MUST allow wicked people to kill babies and sell their parts? A family bakery is forced to either bake a cake or lose their business? Communist sympathizers create mobs to destroy small businesses in communities across America. Who is being mean and heartless now? 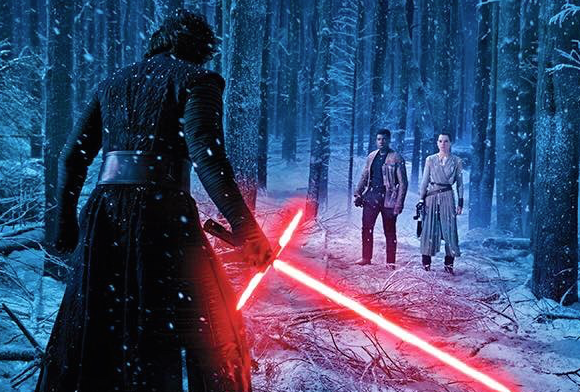 We would love for all the states in the Union to succeed, and will share ideas to help that happen. We are States that can choose to unite for good causes and limited purposes. We the People can individually make the most impact working to make his or her own community and state less taxed and less regulated. Do not shirk from discussing politics and religion. Until We the People refuse to relinquish our role as self-government, and win hearts and minds through discussion and information, we will continue to watch as the fundamental transformation is finished. We the People must insist on retracting our consent to be assimilated into the Borg.

Op Ed: Why I Am Endorsing Senator Ted Cruz for President 2016