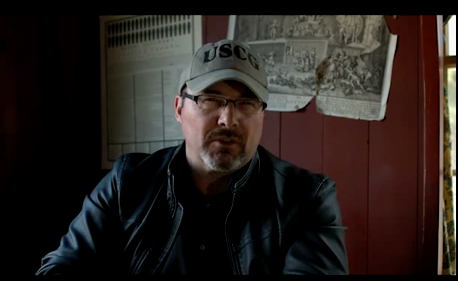 You’ve threatened to prosecute Americans for speaking the truth about the Islamic Supremacists, who killed 14 Americans on Tuesday, instead of addressing your threats to the Jihadi’s who have promised to kill more.

You’re not an Attorney General, you’re an embarrassment.

When you became Attorney General, you swore an oath to uphold and defend the Constitution of the United States against all enemies—foreign and domestic—but instead you are using the power entrusted to you to violate the natural, civil, and Constitutional rights of countless American citizens.

You don’t uphold the rule of law, you’re a threat to it.

I’m not sure if you’re an idiot or you’re deliberately undermining the security of our nation. Whichever it is, you have violated your oath.

I don’t know how you got this job, whether it was your anti-American ideology or your skin color, or both, but we the people of these United States refuse to be intimidated by you.

You work for us, and rule at our consent, not the other way around.

Your politically correct assault on Free Speech has empowered our enemies. Neither you nor Obama can identify the true nature of the evil—Islamic Extremism—that took the lives of 14 innocent Americans, including some of my neighbors. So we know you’ll never do anything about it.

But this didn’t happen in New York or LA, it happened in my backyard, so it’s deeply personal. Our community is filled with good and decent people, who can’t understand why you and Obama went to Charleston, but you turn your back on the victims of the San Bernardino Christmas Party Massacre.

Several of the victims are from my community, and one man, Michael Wetzel, who left behind 6 children, attended school with one of our sons, and church with our friends. He coached soccer in a league administered by my wife.

More and more of us are beginning to question why followers of a so-called “religion of peace” have declared war on innocent Americans. We cannot understand why you and Obama had no problem speaking out against the evil of a disturbed lone racist after 9 Black Americans were murdered, but you cannot even say a word about Radical Islamists.

Obama didn’t ask people to be patient; he didn’t advocate that anyone wait for the facts to come in after Charleston. He didn’t ask citizens to reserve their judgement, in fact, with his rhetoric, he encouraged more hate.

And you didn’t threaten to prosecute those who threatened violence against Southern Americans because it did not fit your political agenda, but you protect the mosques who protect the Jihadists.

If you were an American who loved this country, you’d put every mosque on notice that if they don’t turn over the extremists who hide within their midst, then you will send the FBI to turn their mosque upside down. But instead you threaten the family and friends of the victims of your failure to identify and prosecute those who’ve sworn to kill anyone who doesn’t pledge allegiance to their insane Jihad.

Well, I’m putting you on notice, that if you don’t go after the Islamic Jihadi’s next door, we will.

The only good Jihadi is a dead Jihadi.

And the next Jihadi to rear his or her ugly head here in my backyard, that pulls a weapon threatening me and my friends will get a .45 hollow point between the eyes. So, if by refusing to be the next victim in a war the Islamic Jihadi’s declared on us, is somehow advocating violence, then bring it on.

Come and arrest me.

I’m not hard to find.

And then you can explain to the American people why we are the targets of your wrath—not the murderous bastards who slaughtered the innocent, at a Christmas Party no less, in the name of the “religion of peace”.

The True Meaning of Political Correctness

What Would John Lennon Say?