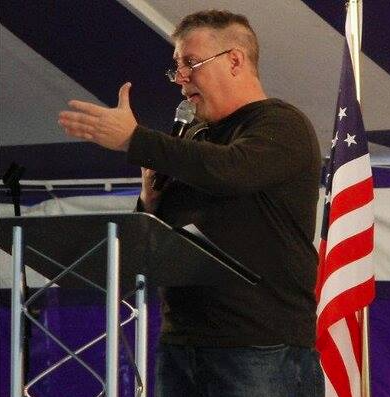 When someone asks me ‘why’, my answer comes back quick and certain:  American cannot continue on the path she is on. Nor can we afford to send back to D.C. the very same people who have been there for the past several years.

My wife and I have just faced quite likely the most life altering decision of our marriage. We have elected to go forward and place our name this January for the 11th District congressional seat in Florida.

Since September 11, 2001 my life has been on a trajectory to see our nation restored to its moral foundation. I have preached it until I was blue in the face–but it hasn’t been enough.

Several years ago I got that clear unction that one day I would run for office. I kind of passed it off as a reflection of my desire to see our nation brought back to its moorings, but the feeling never went away.

In May I attended a Pastors Conference in Orlando, where David Lane brought together pastors from all over Florida with the challenge that some would allow their names to be included in upcoming elections.

At the time our Congressman, Rich Nugent, was doing a great job and seemed set to remain in office, so when they passed ‘commit to pray’ cards around, quite honestly it was easy to sign. The only seat I ever felt drawn to was the congressional one, and it was occupied.

Then things changed when Rich announced he wasn’t going to run in 2016 and my phone began to ring with reminders by several good friends that I had long said I would run for that position.

David Lane put me in touch with a gentleman who had helped Senator James Lankford of Oklahoma get elected and we began to discuss what a run would entail.

With that, and with my wife fully on board, the ball started rolling. After much prayer, I shared with our church that I would be putting my name in and that I would leave only if elected. They were incredible and totally supportive.

So now comes the reality. I will file for office early in January and I have begun assembling a team of very qualified and moral patriots.  And although I am taking the biggest and perhaps the most frightening step of my life, there is this total peace that I am walking where God would have me to be. It will take a miracle, but God is known for doing just that.

It will take people in our district getting to know me, but just as important it is going to take average people all over this country to catch the vision; people who aren’t afraid to trust a pastor to go to D.C. and do right for the people in Congress. It will take those who will contribute towards the campaign, and I am convinced there is a victory there if people truly care about turning our nation back to its former status.

I have nothing bad to say about those in the race with me, but I do believe that I have the best understanding of both the symptoms and the solutions to our nation’s problems. This election will determine America’s future and how we respond, and who we elect are key.

This is the biggest step of my life but I know it can be done and all I am asking is for the prayers and the help of all who want America back.  It will take a lot of hard work, but on Election Day I promise to be a strong fiscal and social conservative who won’t flinch or turn his back on “We the People.”

If anyone would like more information or videos of past speaking events they can email me at [email protected] .

Daniel Greenfield: Can the Left Learn to Love ISIS?

The Tradition of the Wreath