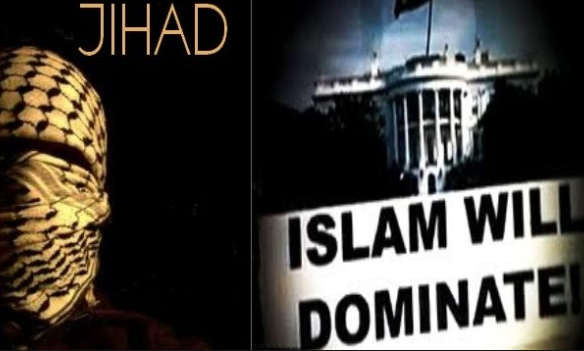 On November 5, 2009, something truly terrible, tragic, and appalling was done by a man who should have been one of our nation’s finest. A man who had earned the right to wear a hero’s uniform, Army Major Nidal Hasan, opened fire at the Fort Hood military base, killing 13 people and wounding over 30 others. It was the worst mass shooting (or Jihadist attack) ever to occur on an American military installation.

Unfortunately, it wasn’t the only one. On July 16, 2015, Muhammad Youssef Abdulazeez went on a similar rampage in Chattanooga at both a recruiting center and a US Navy Reserve Center before meeting his end at the hands of police. This tragedy was more merciful: “only” 4 brave US Marines were murdered by this monster.

And of course, we have the most recent massacre out of San Bernardino, California on December 2, when married couple Syed Rizwan Farook and Tashfeen Malik committed jihad on a holiday party together, gunning down 14 innocent people and injuring 21 others. This was a highly unusual case, notable for the presence of a woman as one of the shooters (the people who do this are virtually always male), but that makes it no less horrible.

The three incidents I listed above (and there are many more) all have a single thing in common: They were perpetrated by Muslim shooters. YES, there are over a billion and a half Muslims in this world, and the vast majority of them are peaceful people who will go through their entire lives without ever so much as seriously injuring another person, much less killing anybody. But the religious affiliations of the killers at Fort Hood, Chattanooga, and San Bernadino remains relevant, because these people did the horrible things they did in service to the radical, twisted brand of Islam they followed. We need only look at other recent tragedies such as the murders in Egypt and the Paris attacks – all perpetrated by Islamic extremists – to understand the seriousness and severity of this problem in today’s world.

One time during which we certainly understood this, as you might imagine, was in the aftermath of the September 11 attacks. Back then, during the Bush administration, then-Homeland Security Director Tom Ridge addressed the U.S. Conference of Mayors in Washington, DC, in order to assure those local leaders that the danger of Islamic terrorism was being taken seriously and that the federal government would be working closely with them to help them ensure security for their communities. Director Ridge spoke of using federal support to empower cities to strengthen their local law enforcement and other first responders – fire fighters, medical personnel, etc – not in an acute frenzy born of panic over the attacks, but as a sustained measure for increasing local security.

The potential for bioterrorism was also discussed, and Director Ridge emphasized the importance of new and better hazardous materials suits and other equipment, as well as up to date training for first responders on the techniques terrorists would be likely to use in perpetrating a biological attack on US soil. These issues aren’t pleasant to think about, but they are vital and important, and must be addressed. That’s something that was understood after 9/11.

Above all, Ridge stressed the essential nature of keeping these initiatives under the direction and implementative authority of local governments. That’s a critical issue. The federal government can and should help, with the allocation of national resources as well as the institution and maintenance of communications plans spanning the country to enable emergency personnel to share information and coordinate activity, but Ridge correctly asserted that local leaders know their communities and the needs of their residents best, and must be allowed to manage defenses on the ground in their areas. It is a mayor’s job and responsibility to care for his or her city – give them the tools they need to do this, by all means, but then get out of their way and let them go to work.

It’s been 14 years since the terror attacks of September 11, and almost as long since we have demonstrated such determination and dedication to national security done right. And what do we have to show for it? Illegal immigration is a persistent threat that our government categorically refuses to address. There was a time when this merely posed an economic irritant – bad enough, to be sure, in the jobs it cost American citizens and the money drained from taxpayer-funded social programs – but now, in 2015, undocumented entry into the United States (and improperly vetted documented entry, for that matter) has become a serious national security concern. It is no longer a worry over whether poor, ragged immigrant being smuggled into this country will be a burden on American society – we now have to be concerned with whether he is here to hurt us.

But how can we know whether this is the case when we are not even allowed to investigate? Again, most adherents of Islam are peaceful – but when people do horrible acts of violence in the name of their faith, it is usually done by Muslims. Yet many of our elected representatives today refuse even to use the terms “radical Islam” and “Islamic terrorism”, despite the fact that both of these things are real and are known dangers to the United States. And any time the fact that Muslims sometimes do violence is discussed, reactionary groups such as CAIR are sure to take to the airwaves, denouncing anyone who counsels caution as a religious bigot. It is not permitted for us to point out the fact that most of the people who seek to do us harm are Muslims from the Middle East, because stating such evident, verifiable truth is somehow hateful and insensitive.

This madness has to stop.

“We are under attack in this country, from our individual safety to our very way of life, and we cannot begin to defend ourselves without admitting the source of that danger. American politicians need to accept whom is our enemy – a radical branch of an otherwise peaceful religion – and be willing to seek out the agents of that enemy who seek to enter this country and do us harm. We can do that with a focus on supporting and properly deploying first responders, police that will serve and protect us with a balanced law enforcement, the newest technology and communications, aided by the federal government but directed by local leaders who know their communities best.”

This matter is of the utmost urgency and importance, because many of the terrorists wishing us ill have already succeeded, as we saw to our sorrow in Fort Hood, Chattanooga, and San Bernardino, and many more have wrought terrible violence all over the world. The threat is real, and it is neither hateful nor bigoted to face reality. We must protect ourselves now, and worry about whether doing so is “politically correct” later.

Daniel Greenfield: Migration is the Greatest Threat to National Security