Around the time that the United States Constitution had been hammered out, across the way in the UK, social theorist Jeremy Bentham was coming up with the Panopticon.

Bentham had denounced the ideas of the Declaration of Independence as “subversive of every actual or imaginable kind of Government”. He demanded that force be used to “teach this rebellious people” that “there is no peace with them, but the peace of the King”.

After the “Peace of the King” failed in the United States, Bentham turned to his obsession with the Panopticon. The Panopticon would be a prison in which all the prisoners could be watched all the time to achieve, in Bentham’s words, “a new mode of obtaining power of mind over mind, in a quantity hitherto without example.”

Bentham’s Panopticon never worked, but the internet has made the Panopticon and its ability to obtain “power over mind” a reality. In a “quantity hitherto without example”. 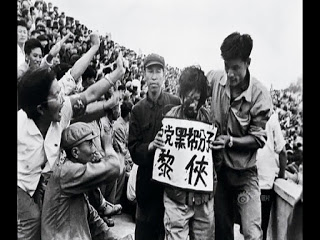 Social media has made private discourse public. In the Wilson days of WWI, when hysteria was at its peak, people could be arrested for private conversations. But that was the exception, not the rule. It was only in the worst Communist societies that informants were so rife that private discourse was almost completely stifled. But the internet shreds the line between public and private.

The new informer doesn’t file a report at the local KGB office. He participates in a social media collective which among its hobbies plucks some obscure “problematic” remark out of the social stream and turns its speaker into a target for a mob. A lynch hashtag is born and someone loses their job. All of this is done with the self-pitying catastrophic crybullying so typical of social justice warriors who scream that they’re the victims even while they’re gleefully destroying someone else’s life.

It’s no coincidence that this foul habit emerged out of Communist China where morality mobs targeted petty offenders on the internet in collective shaming rituals that sometimes escalated into violence or suicide. The Communist dictatorship that gave us the Cultural Revolution helped give birth to its hideous CyberStalinist offspring which enforces political correctness through bullying.

Social media made the surveillance society possible. Even in the early days of the internet, the metaphor of the Panopticon was revived to predict its future. Art students still continue to churn out laboriously pretentious projects involving surveillance cameras and faceless mannequins. But it’s the voluntary participation in social media that provided material for surveillance.

The old internet was anonymous. The new internet was data hungry. Nearly every major dot com is built on collecting and making use of information about people. Google, Facebook and a hundred other companies offer free products in exchange for personal data. Free apps for smartphones are built on gaining access to your address book. Everyone is trying to build the biggest and most comprehensive database for selling ads and manipulating user behavior. 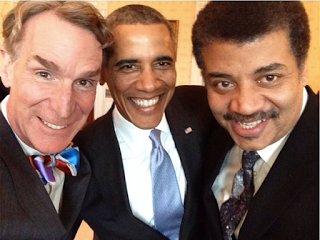 All tyrannies understood that to control people they had to follow the Panopticon’s model in which the people were to always perceive themselves as being potentially under surveillance. It was the perception that mattered more than the reality, eliminated the difference between private and personal, transformed Homo Sapiens into Homo Sovieticus (or Homosos in the dissident jargon), a self-righteous hypocrite, a politically correct criminal to whom Doublethink was natural.

Social media makes it easy to impose collectivist virtue signaling behaviors. Get a rainbow avatar to celebrate gay marriage. Retweet this social justice clickbait to show you’re outraged at the thing that “the internet” is outraged by. Demonstrate that you engage in goodthinkful social justice thoughts and are guiltfree of crimethink.

The echo chamber, the political bubble, is also a Panopticon. Herd behaviors are rewarded. Dissent is punished. No one is quite sure who on their friend list might turn on them, denounce them for some “problematic” remark or lack of enthusiasm for a cause, cripple their social networking, their careers and their social life. Panic in the herd is routine. A social justice social media message is somehow wrong. A joke turns out to be offensive. The 21st century Winston Smith begins to breathe hard, apologizes for his political error and vows to educate himself on proper intersectionality principles.

He edges closer to the telescreen which is always watching him and always shouting at him to pay attention. It’s the “paying attention” that matters more than the message.

The less you think, the safer you are. In a politically correct society, every idea is potentially “problematic”. The safest attitude is to pass on approved ideas in exactly the terms which they were uttered. Any independent thinking or deviation even in support of the cause is dangerous. It may be “Problematic”. It may be “Doubleplusungood Crimethink”. It’s safer just to retweet. To express ambiguous outrage and support for whatever is on the timeline Telescreen. To just appear to be part of the collective “outrage of the internet”, to shame someone else for Social Justice Crimethink.

Instead of being shamed yourself for some problematic social justice offense. 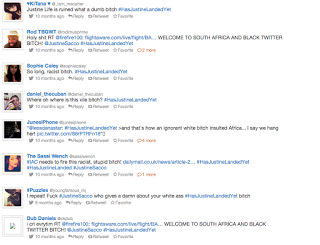 Orwell’s 1984 envisioned the Telescreen as a Panopticon erasing the privacy of the home.

“There was of course no way of knowing whether you were being watched at any given moment. How often, or on what system, the Thought Police plugged in on any individual wire was guesswork.” But social media and social justice warriors make for a much more efficient erasure of not only personal space, but mental space.

Thought Policing is the goal of Political Correctness. Crowdsourcing it makes it possible for a small number of angry activists and their amateur imitators to terrorize a large population.

The left has always understood the supreme value of controlling discourse. The media manufactured a consensus, shaping public opinion by creating the illusion that its view was public opinion. When Obama says that X “is not who we are”, he is manufacturing our consensus and imposing his value system as our own. Push polls, personal perspective and man-on-the-street stories help reinforce this artificial consensus by personalizing it. But the media was always a basically crude tool.

Most Americans get their news from the media, but distrust its biases. Jon Stewart and his imitators radicalized the media by making bias into the news and eliminating the line between entertainment, editorial commentary and information, even while castigating the media for exactly these habits. The media eagerly embraced Stewart’s savaging by turning up the bias and virtue signaling to eleven.

But in a Panopticon, the guards are meant to see all the prisoners, but never to be seen. The media is always seen, but can never see in. The media could speak through its Telescreen, but its Big Brothers couldn’t listen in. It could not force the public to participate in its discourse. Often the public just tuned out the more bothersome media agendas.

Social media can see in. It avoids the problems that the NSA and any government surveillance program faces trying to sift through a ton of data by crowdsourcing it to the activist informer. Everyone can be the KGB now. Everyone can not only love Big Brother, but be Big Brother.

At least for 15 minutes or so. 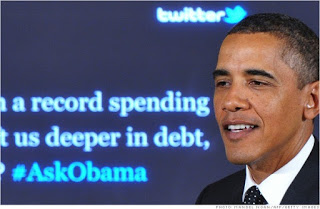 The left’s ultimate goal is the total politicization of society by eliminating personal space. The USSR originally did not want to build kitchens in homes, because it wanted workers eating in cafeterias. The kitchen is a private family space. A cafeteria is a public space that could be controlled. Even when the cafeterias failed, families were kept in collective apartments where dozens of people lived together in mutual hostility and distrust. In such a space, nothing is private or personal.

To totally control the individual, it is necessary to completely eliminate his personal spaces, his capacity for authenticity and individuality. In such an environment, every man becomes a convict, a prisoner of a social collective, a drone in a hive and a cringing beast in a frightened herd.

That is the Panopticon. It’s the world that political correctness is building for us. It’s made possible by technology and the eagerness of the crybully to put up a new iron curtain for his safe space. 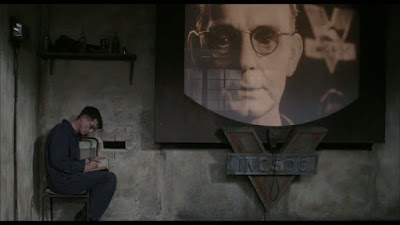 Political correctness politicizes every area of life from food to literature to entertainment to clothes. Nothing is apolitical and therefore nothing is personal. The individual cannot be allowed to exist. He must join the collective. No government has made the Panopticon work perfectly, but the collective can.

Parents Be Aware of This New Education Reform Word: Metacognitive

Nonie Darwish: The Invalidity of the Moderate Muslim Concept