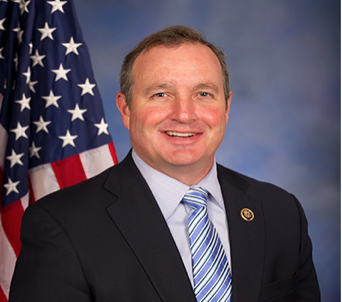 In a somewhat surprising show of support for Republican Presidential candidate Donald Trump, S.C. Congressman Jeff Duncan posted his thoughts on the Muslim ban to his Facebook page Wednesday morning:

“The “Establishment” Republicans need to quiet down and listen to what Trump and others are saying – because it is resonating with the average American – hence the continued lead in almost every poll.

If the GOP as a whole would actually listen to some of the things Trump is saying, incorporating those things into their platforms and policies – We would be better off.

-Secure the border.
-Enforce the laws already on the books.
-Halt the refugee resettlement until the government can better assure and show the American people that our vetting is much better (San Bernardino wife???)
-Almost all, if not all, terrorist attacks on the United States have by committed by Muslim men (well, since 9/11). No denying that. It is time for the Muslim organizations, countries and mosques to condemn such action, assist law enforcement and the US govt – and if not, they have no business criticizing those who criticize Islam.

We have an unsecured border in the Southwest. No denying that.

The most important issues we should be talking about are “Secure the Border” and “Enforce the Laws.”

Whether Congressman Duncan’s Republican colleagues will agree with his assessment remains to be seen. The only sure support for Trump seems to come from his growing base, despite his bombastic approach to all matters foreign and domestic. It seems many Americans have decided we no longer need a President with the Diplomacy skills of a Ben Franklin and now seek a President with the ruthless skills akin to the Godfather.

How to Deal With Political Correctness