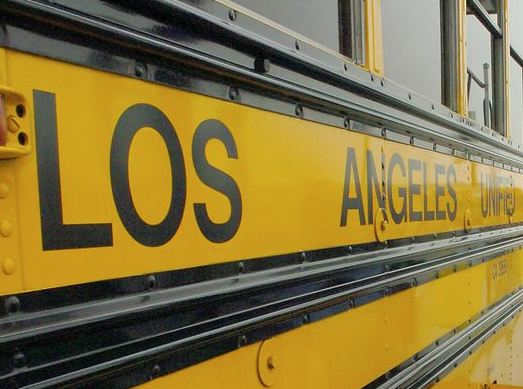 More details about the threat were expected to be provided during a Tuesday morning news conference.

Officer Kim of the Los Angeles Police Department told KTLA that the threat prompted the decision from LAUSD Superintendent Ramon Cortines to close all schools until further notice.

LAUSD is the second largest school district in the country, serving more than 640,000 students between kindergarten and 12th grade, according to its website. There are more than 900 schools and 187 public charter schools in the district.

All Unified Los Angeles schools are currently being searched, from public to charter schools.  The alert happened early enough that most students hadn’t arrived at schools yet; buses were turned around as soon as they arrived.

The FBI is involved.  They are reportedly looking at “packages and backpacks”.

Local ABC 7 is reporting that while schools often receive easily debunked threats, this one is “very credible” and was only directed at LAUSD schools.

When You See Something, Say Something!