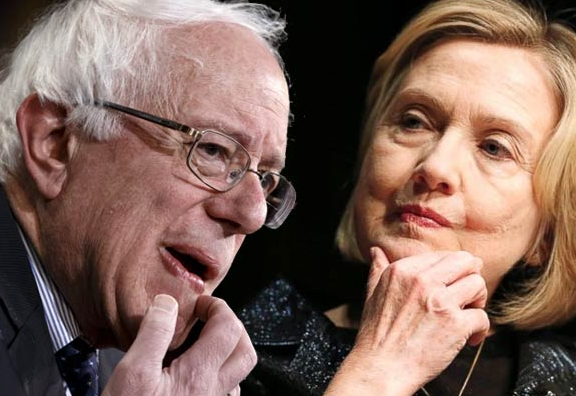 Has anybody noticed that the Democrats do not seem serious about winning the next presidency? They are going through the motions and ridiculing others as they usually do, but their campaign isn’t spirited; it is boring. Their normally young, energetic candidates have been replaced with an old woman who has the Sword of Damocles hanging over her head and an even older, nutty man who wants to double our national debt in two years.

There may be a dark reason why these two geezers are the Democrat party’s top nominees.

Over the last seven years a carnival of sustained mismanagement practices by our federal government has ravaged our nation, including regulatory excesses against business and political rivals, selective applications of justice and law enforcement, and an astounding increase of our national debt. The problems caused by Obama’s golf tour will not end with a change in the Executive. The problems are dynamic, especially with the Affordable Care Act; they will continue to cause more problems, no matter who is elected.

The next presidency is poisoned because of this dynamic. Taking it on is akin to becoming captain of the Titanic half an hour after it grazed that iceberg—the ship is afloat, but it’s in trouble. With this in mind, why should the Democrats run their energetic campaigns, such as singing “Don’t stop thinking about tomorrow,” dancing the Macarena or offering more hope? They may be thinking that they should bore the voters; let them stay home and let the Republicans win the election so they would captain the imminent disaster.

Then, if any Republican “wins” the next presidency, they will later die of a thousand cuts inflicted on them by the mainstream media. I can read it now: “Things were good when Obama was in the White House; look what this Republican has done.”

Despite this possibility, the Republicans are out on the campaign trail, anxious to win a trip to the Oval Office so they can “save us.” News flash, GOP: after the last budget deal it’s too late. The damage is done and a tsunami of bad events, especially as the last effects of the Affordable Care Act hit us, is on its way.

I believe that the Democrats have an eye on 2020 and beyond, not 2016. If they can engineer a scenario where a Republican is blamed for the disasters that liberalism has caused, they can reap wonderful long-term benefits while keeping all those campaign donations for their overpaid staffs and “advisors.” If they play their election cards properly, Republicans won’t have a chance for the next twenty years.

The Democrat braintrust knows that liberalism does not create anything; it grows and survives by either taking more and more from the productive people, or by taking the nation into greater debt. Often it’s both. They also understand that the nation can only take so much liberalism at a time, that they must limit their antics to a step by step basis.

This is why shortly after the liberal faction passed The Affordable Care Act, they fell into a state of legislative indolence. Despite their having the power to do so, they did not pass a budget for several years; they did not pass a hike in the minimum wage. They did not pass the Dream Act or anything else from their progressive menu. Why not? It’s because the Democrat leadership wanted to save those issues for the better political moment.

Predictably, after two years the Republicans gained enough congressional power to stop these legislative dreams, so the Democrats introduced them and complained the nasty Republicans were stopping them. Vote Democrat. Do you see how this process works?

The Republican candidates are now spirited in taking up the duty of saving our nation. But saving our nation from another liberal president may be the wrong thing to do this time. Every few years the Republicans “save” the nation from liberalism; they never let liberalism run its full course. After the republicans run their show for a year or two and the economy catches its breath, liberalism rises like a Phoenix, but as a stronger force, as it did with Barack Obama back in 2008.

Our low-information voters don’t understand the problems liberalism causes because they have yet to see the full failure of liberalism—the Republicans keep stepping in and stopping it. If liberalism were to ever control government and fully do what it wished, there would be fewer profits to tax from the businesses in the U.S.; private sector jobs would shrink and the funding of the many bureaus of our federal government would evaporate.

That’s just the economy. I dare not mention what would happen with our justice system, civil litigation and international affairs.

I think that now the Democrats are offering the Republicans the next presidency as a poisoned piece on the political chessboard. Usually their campaigning is coordinated and focused. They have their moves calibrated to the hour of each day. But they’re not doing that now. This means that they are up to something. Either they want a republican to win, or they will pull some sort of switcharoo at their convention, putting some young energetic, Macarena dancer like Elizabeth Warren up as their party’s nominee instead of the old folks who waddle before the teleprompter.

The Democrat braintrust understands money; they know that liberalism cannot survive without the conservatives to fund it. They realize that it’s time for them to step back and let the Republicans take the helm, and the blame. They will enjoy their profits later.

The English Language and the Totality of Tolerance

Daniel Greenfield: Trump, Dictatorship and Competing With An Illiberal Left