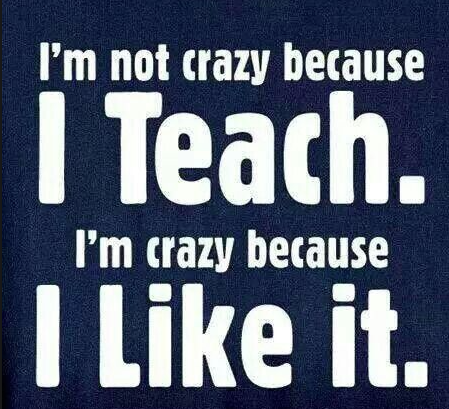 As a middle school teacher, I have been known to sing the song ‘Eyes on Me’ to my students, causing them to groan in-between giggles and smiles. As outlandish as that seems, if they are focused on me then they are paying attention to the lesson and learning.  Unfortunately there appears to be a new trend of people thinking the world should stop because of them. The reality is they don’t want to follow the rules set before them and prefer to create a ruckus on social media because of their perceived mistreatment.

By now many of you have read about the 11 year-old booted off the cheerleading squad. The girl’s mother went viral, claiming her daughter was kicked off the team because she didn’t look like the other girls because of her natural curly hair.  (Apparently the coach wanted all the team members to look uniform and everyone else’s hair was straight.)  The mom said straightening her daughter’s hair would damage it, and in turn, the coach offered information on how to straighten the hair without damaging it. The mother then claimed this was proof that her daughter wasn’t chosen because of her looks.

My response as a naturally curly-haired woman:  The term “uniform” is used in cheerleading for a reason.   Follow the rules.

Unfortunately there is a movement in which a perceived sense of injustice prevails in America, especially via social media.  Why do some folks feel the need to not follow the rules when it isn’t a matter of life or death?  As a teacher, the dress code is the one that gets me all the time.  If a child violates dress code at school, there’s a good chance the parent will take their grievances online to garner sympathy from strangers, and/or hopefully get some media attention.

Leggings are one of those items of clothing I have the most problems with.  They should be worn underneath a long top and never worn as pants. As an administrator stated, “If it shows the curvature then it should be covered up.”  The Northwestern reported that at Haven Middle School, parents and students protested a ban on leggings. One parent made the outrageous claim that the ban “lowers the girls self-esteem” and encourages an “unhealthy body image…”

So allowing your teenage daughter to display her wares is encouraging her self-esteem?

A huge part of the problems we have in America today are a result of people who think they don’t have to follow the rules and shout discrimination at the drop of a hat. As a teacher, this includes students who don’t follow the school rules pertaining to chewing gum, having a cell phone out, or talking out of turn. When I tell one of my students to stop talking, I expect them to stop talking. If I catch them with their cellphone, they know they’ll lose it and get it back at the end of the day (for the first offense). Chewing gum and being tardy are all written discipline referrals resulting in after school detention. Think these expectations are unnecessary?  Well as an adult, your boss will expect you to follow his/her rules or you will not have a job – and no one will be there to bail you out.

Bottom line kids, life is a lot easier if you simply follow the rules.  It’s how a successful society functions.

Daniel Greenfield: Everything's Fine Until the Bombs Go Off