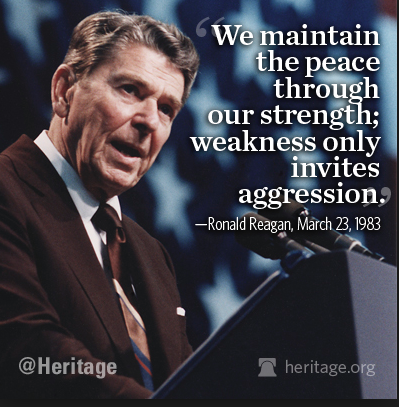 After World War II, even as that conflict’s end spread relief to people everywhere, the world lived under the grim specter of the Cold War. Two global superpowers, the United States and the Soviet Union, jockeyed and maneuvered for supremacy over one another, never engaging one another in direct combat but always seeming just on the brink of doing so, and always, every moment, threatening each other and by extension the world with total nuclear annihilation. It was a stressful, worrisome time to be alive; at any given moment, tensions could overheat and the bombs could fall. This anxious state of affairs effectively persisted until 1992, when the collapse of the Soviet Union brought about an end to the Cold War and promised a sort of relief that hadn’t been felt since Germany and Japan were subdued in the 1940’s.

The following years were hardly breezy, as they were marked by a gradual rise in the power and scope of global terrorism, which of course became most prominent on the morning of September 11, 2001. But terrorists were, and are, misguided, mentally disturbed individuals who pray to a malignant (and twisted) God of their imagining that promises to reward hatred and mass murder with paradise. They are unquestionably dangerous, but it is hard to compare them with the threat once posed by the standoff between the US and the USSR. Even with the very real worry that a terrorist group may one day gain access to a nuclear bomb; the consequences of such a disaster would be horrific and tragic – not globally catastrophic. They would not, that is to say, be likely to spell the end of 6,000 years of recorded human history.

Lately, however, things have been different. Russia – the largest and most visible remnant of the USSR – is now ruled by Vladimir Putin, a man that is aggressively proud of his masculinity, shows macho force and aggression, at times seemingly for their own sake. Putin is a dangerous, frightening individual. He is an ex-KGB agent who has openly stated that the collapse of the Soviet Union was a terrible event. That may be why he has effectively annexed part of Ukraine, an important Cold War-era Russian possession, and has gladly endured the global ramifications that have followed.

Even more recently, he has taken to challenging American leadership in the international war on terror. With the terrorist group ISIS firmly established in Syria and showing no signs of weakening, Russia has deployed air strikes – in other words, they are using military action in the Middle East against Islamic extremists, a role that has traditionally fallen to the United States. Worse, there is evidence that the Russian campaign against ISIS may be at least partly a front, as Putin seems to have used it as a cover for support he is lending to his allies in the ruling Assad regime in that country. Syria is presently embroiled in a civil war between government and rebel forces. Not only has this meant tragedy as three distinct forces battle each other for control of the nation, but Putin, fearing the fall of his only friend in the area, is involving the Russian air force in the service of his own interests, to the humiliation of the United States, which stands placidly by and watches.

The propagation of this provocative, potentially destabilizing behavior from Russia make the outcome of the 2016 presidential election in the United States especially crucial, not just to the future of the US, but of the entire world. It is a sad fact that current President Barack Obama has done virtually nothing to stand up to Putin. In fact, Obama has largely contributed to the circumstances that have allowed Putin to thrive. The precipitous, ill-calculated American withdrawal from Iraq (promised and delivered by Obama) effectively led to the rise of ISIS, which has provided Putin with the perfect excuse to intervene in Syria’s civil war and undermine American leadership against terrorism.

It is essential that the United States elect a strong, assertive leader, of the sort that Obama has unfortunately failed to be. Many Republican candidates, including the brash and uncompromising, strategic Donald Trump, the strongly conservative Ted Cruz, and the no-nonsense Marco Rubio, the firm and practical Carly Fiorina, or even the straightforward direct Chris Christy would be likely to do what is necessary to show Putin that America will not be bullied by excessive military operations. If the Democrats elect Hillary Clinton, however, or (worse yet) Bernard Sanders, it’s likely that little will be done to stand up to Russia.