We live in a nation of laws. You can’t harm or kill people for no reason; you can’t steal from them, and you can’t vandalize their property. This is a somewhat reasonable state of affairs: Laws help create and maintain a stable, peaceful society. And unlike many other societies in the world, America is not xenophobic. Everyone is welcome here, provided they have no ill intent, and – this is especially important – provided they agree to abide by our laws. 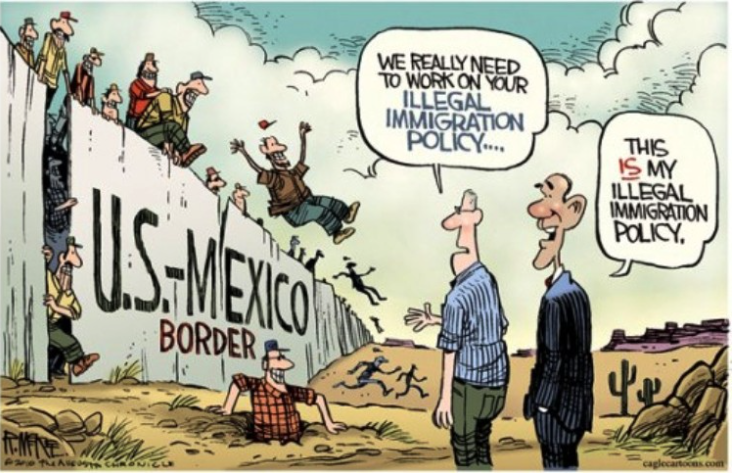 Somehow, millions of people from beyond our borders have managed to miss this important fact of American life. We live in an age in which our borders are virtually meaningless, with vast swarms of people crossing illegally into the United States. We call these people “illegal aliens”, because that is what they are: Nationals of foreign countries who enter into our nation without going through the proper, legitimate channels (which mostly certainly do exist). Their very presence, therefore, violates our law. They broke one of the few rule we impose of those who wish to visit or live here the moment they stepped in, and they continue to do so. This makes them criminals.

But surely we can deal with that. We have lawbreakers even among our own citizens, and our orderly society perseveres. That’s what the police and the courts are for. If people are crossing into the country in violation of our laws, the authorities will deal with it, the same as they do with any other criminal element.

Except…they’re not. In many places across the country, law enforcement officials and even elected representatives – the very people we trust with drafting and enforcing our laws! – are turning a blind eye to the scourge of illegal immigration. In fact, they are doing worse than that: In many cases, they are enabling and empowering those who break the law. 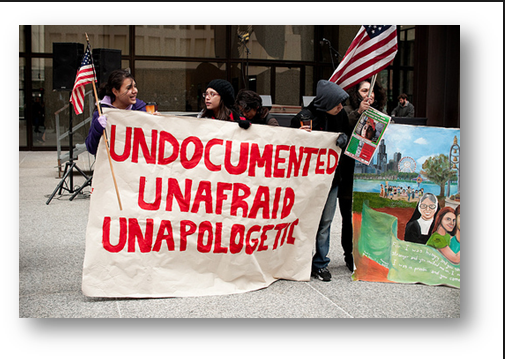 The phenomenon of “sanctuary cities” is one in which municipal governments pass resolutions and ordinances, or take executive actions, specifically intended to protect illegal aliens from immigration enforcement. This usually involves special instructions to local law enforcement not to notify federal authorities of people living illegally within the city limits. Perhaps most outrageously, such cities sometimes remove all legal distinctions between “immigrants” and “illegal immigrants”, a profound and unconscionable insult to people who happen to originate from foreign countries but have taken the time and shown the respect for this nation to settle here legitimately. In all cases, the goal is the same: Make it as easy as possible for people living in this country illegally to continue to scoff at the laws of their host nation.

Unfortunately, these places are varied and common. San Francisco, California is a sanctuary city, as are fellow California metropolises Los Angeles and San Diego. In Arizona, Tucson, Mesa, and even Phoenix protect illegal aliens.

Maine and Utah are entire sanctuary states. In the former case, an executive order titled “An Order Concerning Access to State Services By All Entitled Maine Residents” severely limits the ability of state employees to report known illegal aliens, and has resulted in swarms of such people fleeing to Maine for protection. In Utah, police are legally barred from asking about legal immigration status, essentially destroying their power to help protect the borders, and illegal aliens are specifically permitted by law to live and work in the state.

Most egregious was the case of Kate Steinle, a San Francisco resident who was murdered by illegal alien Juan Francisco Lopez-Sanchez. Lopez-Sanchez was a seven-time convicted felon from Mexico who had been deported back to his home country five times – and reentered illegally each time. Months prior to murdering Steinle, he had been released from a San Francisco jail, an event about which U.S. Immigration and Customs Enforcement had asked to be informed due to his hardened criminal past. Sanctuary policies in San Francisco blocked prison staff from complying with this request, and Lopez-Sanchez went essentially unsupervised so he could kill.

Following this tragedy, the Stop Sanctuary Policies and Protect Americans Act, which included a provision known as “Kate’s Law” in Steinle’s honor, was proposed in congress. The legislation would have withheld some federal funding from cities and states that refused to comply with federal law enforcement requests concerning illegal aliens. It also would have imposed a mandatory five-year prison sentence on illegal aliens convicted of reentering the United States after having already been convicted of an aggravated felony, or who have been convicted three times of entering the country illegally. This bill, including Kate’s Law, was blocked by Democrats in the Senate.

One struggles to overcome the outrage engendered by that last sentence for long enough to ask “why?” The answer, sadly, is political gain. There exists a segment of the liberal American population that has more compassion than sense, and while worrying for the plight and well-being of illegal aliens, fails to apply the same concern to their fellow citizens who – like Kate Steinle – are too often victimized by these criminals. Democrats court such voters, and must act to please them. More alarmingly, the aliens themselves are overwhelmingly of a leftist, even socialist bent, and the closer they come to winning the right to vote (it isn’t as far off as you may think), the closer they are to voting Democrat. This makes the issue of sanctuary cities and states one of political corruption, yet another case of elected politicians doing whatever it takes to hold onto power – even if it makes endangering and betraying the people they are supposed to represent, their constituents.

The incidence of sanctuaries for those whose very presence in this country makes a mockery of our laws and sovereignty is morally reprehensible. These politicians must be made accountable for their abuse of the public trust, if this nation is to be taken seriously as a place that values and protects its own interests of “We the People”.

THE RISE OF FACTIONS: What is “Social” Democracy?

Daniel Greenfield: How Obama and Kerry Caused the Stabbing Terror Spree in Israel