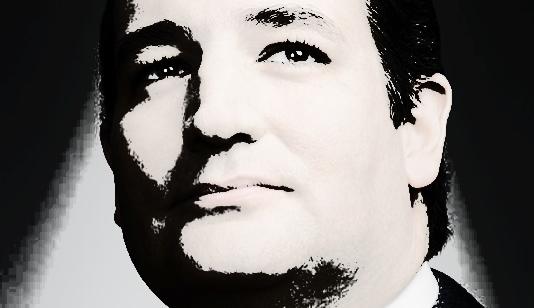 There’s no doubt that we have an incredibly impressive group of GOP candidates competing for the 2016 presidential nomination. Several of the candidates bring their strong executive experience to the table while others are flexing their savvy business credentials. Of course, we certainly can’t forget about the brilliant brain surgeon who separated Siamese twins. This may be the MOST dynamic and talented group of Republican candidates in modern history (while the Democrats only have to offer voters an unabashed Socialist, and a corrupt elitist who is under criminal investigation).

Yet, many believe the most underestimated candidate in the GOP field may be Senator Ted Cruz. In fact, here are five reasons why he may very well be the just right guy at the right time

1.  Cruz Is A Passionate Constitutionalist.

At the tender age of fourteen, Cruz got involved with the Free Enterprise Education Center in Texas, and began standing in front of hundreds of business people to talk about free-market economics (yes, at the age of 14!). As a sophomore in high school, he also became involved in a program called the Constitutional Corroborators. This program consisted of five high school students who spent hundreds of hours studying the Constitution. When he wasn’t memorizing the Bill of Rights, Cruz was reading the Federalist Papers, the Anti-Federalist Papers, and the Debates on Ratification. He actually used the money he saved from his speeches (at Rotary, Kiwanis, Exchange clubs and the Chamber of Commerce) to help pay for some of the costs in his first year at Princeton University. 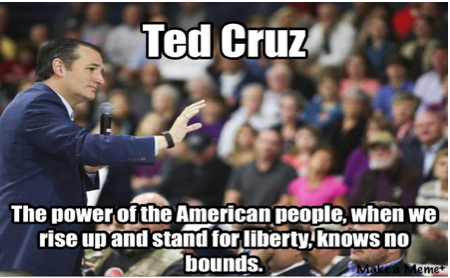 The son of a Cuban immigrant (his father escaped the tyranny of communism), Cruz has been fighting to defend our U.S. Constitution ever since his youth. He has consistently stood for our founding documents, free market principles, and our God-given liberties: in speeches he presented as a high school student, on his college debate team, in front of the U.S. Supreme Court, and on floor of the U.S. Senate. He’s certainly got the scars and the track record to prove it. To some, this may seem nerdy and archaic. But to those who cherish liberty, it’s incredibly refreshing.

There’s no doubt that Cruz is a rock solid Conservative. In fact, Heritage Action just recently gave him nearly a ‘perfect score’ on their Presidential Platform Review, explaining that:

At a time when we have: 95 million people out of full-time work; government regulations that are completely out of control; a government that has become too bloated for its own good; politicians that no longer work for the people who elected them, and national security that is seriously compromised, Cruz is looking like a very formidable candidate right now.

As a child of two mathematicians, schoolwork always came easily for Cruz. Not to mention the fact that he has an “audio-graphic memory” where he can remember practically every conversation exactly the way it happened…as we saw on full display in CNBC GOP debate. 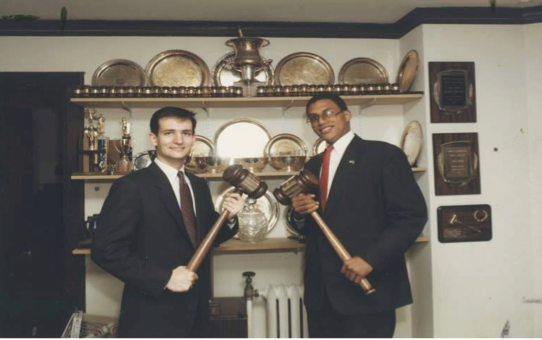 While a student at Princeton University, Cruz became a member of the debate team. In fact, he and his friend, David Panton, not only competed, but they won dozens of debate tournaments. Cruz and Panton also won “Team of the Year,” which is awarded only to the top debate team in the entire country.

Cruz also won “Speaker of the Year” at Princeton University.

Huffington Post editorial director Howard Fineman stated that Cruz’s professors were all in awe of his intellect:

“At Harvard Law School, he was — the professors were in awe of his intellect.  Even if they disagreed with him, which they did vehemently, these people knew that — this guy was trained under the Federalist Society second-generation Republican wave. In other words, not the Reagan years, but these years.”

Even Liberal Harvard Law professor, Alan Dershowitz said that, “Ted Cruz was among the smartest students he ever taught.”  Dershowitz also said that he and Cruz would debate while the rest of his class would watch them.

We can just imagine what Cruz can accomplish when he brings his brilliance, ‘audio-graphic’ memory, and dynamic speaking skills to the Oval Office in 2017.

3.  Cruz Has An Extraordinary Resume.

Some may argue that, like Obama, Senator Cruz lacks the executive experience to be a successful president. However, it’s not President Obama’s lack of executive experience that has done great damage to the U.S., it’s his radical leftist ideology. Not only is Senator Cruz dedicated to upholding the rule of law and preserving the Constitution, he has an incredibly impressive resume that demonstrates his ability to lead this country.

4.  Cruz Is A Principled Fighter.

Throughout his career, Cruz has been a passionate fighter for religious liberty, the Second Amendment, limited government, and economic freedom. During Ted’s service as Solicitor General, Texas achieved an unprecedented series of landmark national victories, including successfully defending:

As U.S. Senator, Cruz has also led battle after battle to uphold the rule of law and protect the Bill of Rights.

There are those who would argue that he Cruz is ‘too divisive’ to win many voters in the general election. It may be true that he is not likely to win a popularity contest in Washington, D.C. But that’s exactly what the grassroots LOVE about him.

As U.S. Senator, Cruz says he has tried to do two things: tell the truth, and do exactly what he said he would do. After all, we should expect that from every elected official.

The Texas Senator has also shined some light on the shady backroom deals in Congress (between Republicans, Democrats, and Lobbyists who keep them in office). As a result, more Americans have gotten an inside glimpse of what is broken in our nation’s capital.

In his book, A Time for Truth, Cruz writes:

“Telling the truth in Washington, D.C. is a radical act. And it earns you the enmity of career politicians in both parties. When you tell the truth about Washington—you expose the fact that elected officials are misleading the voters who elect them—you pay a price.”

And Cruz certainly has. The first method of punishment he incurred was the public flogging (especially from Republican leadership). The second method of punishment was the stripping of his campaign money. Luckily for him, he still had plenty of contributions coming in (from all around the country) from the grassroots. Cutting off his campaign money wasn’t going to deter him from speaking the truth.

“Folks in our nation’s capital perpetually grow the size and power of the government because that’s the easiest thing to do. Fighting for principle, fighting against a powerful media, and even sometimes against popular big-spending proposals—well, that’s a lot harder. Far too much decision-making revolves around lobbyists and the entrenched political powers, which means that the only way to enact meaningful change is to fundamentally change the rules.”

Outside the Beltway, it is obvious to everybody that Washington is broken, and that it’s not committed to solving real problems we face. No matter what politicians say on their campaign trail, it seems that once they get to Washington they almost always forget the people who elect them. All across America, you hear the same thing, from Republicans, Democrats, and Libertarians: our elected officials aren’t listening to us.

There is a fundamental corruption in Washington—those in power get fatter and happier while the rest of America suffers as a consequence of their policies. I’ve seen it firsthand. The counties surrounding the nation’s capital—where most legislators and lobbyists live—are soaring in median income, while the median income for American families has stagnated nationwide. Indeed, five of the six wealthiest counties in the entire country are suburbs of Washington.”

Cruz is genuinely fighting for the people who elected him, and that’s actually great for America.

Cruz has certainly been applying some of his intellect to his campaign strategy. Carefully studying previous presidential campaigns (including Obama’s) he is using keen insight to determine which campaign strategies work best and which ones fail miserably. He also flies commercial airlines to events in order to save cash.

As the Washington Post points out, “Donald Trump and Hillary Clinton get all the headlines. Marco Rubio and Bernie Sanders get all the buzz. But Ted Cruz is running the best campaign of the any of the 19 people seeking the presidency.”

Cruz has been a fundraising phenomenon. He has cash coming in from 58% of the U.S. zip codes at an average of $73 per contribution. Over 360,000 contributions have been made at https://www.tedcruz.org. His campaign has more cash on hand ($13.8 million) than any other Republican in the field, including Jeb Bush. In fact, some financial experts claim that he is running his campaign much like a Fortune 500 company.

The way he is running his campaign just may be a glimpse of how ‘President Cruz’ will run the United States. And this feisty Texas Senator may very well have a good shot at winning.

And summarizing from the Dallas Observer: “THIS IS NOT A DRILL. TED CRUZ IS WELL POSITIONED IN THE GOP PRESIDENTIAL RACE.”

Sweden: On the Verge of Collapse