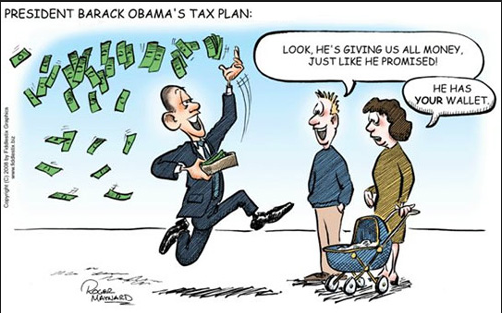 Despite the prognostications of those who have been saying since 2009 that the economy is “finally” on the mend, there is very little data to support the contention. Quite the contrary: There is a lot of data to support the idea that we have an economy that has had no development in either plot or character for two decades.

Periodically I trot out the numbers— unemployment, jobs, GDP, CPI— and discuss the cold, hard facts that liberals and central bankers (same-same) refuse to face: This economy does not reflect either the traditional strengths or the historical resilience of the American economic system. I get tired of this exercise, however, because the story hasn’t changed much in 20 to 30 years, and the liberals— both Dems and GOP— who created the mess won’t change policies, laws or expectations to set things right.

But there is a set of experts who refuse to be duped.

These are experts who’s very livelihood is dependent on being in touch with the real economy in a way that means dollars-and-cents every day. Specially I’m talking about those investors who trade the ten-year U.S. Treasury note.

As the benchmark note for interest rates, the direction on the ten-year Treasury for the last ten years tells a very bad story. It’s a story that has not yet had a happy ending. It’s a story that’s still a cliffhanger, like a false ending in a Die Hard movie, where the bad guy isn’t dead yet, but everyone thinks he is. But unlike a Hollywood drama, this story is not going by the script, and no matter how many rewrites happen, there is a lot of telling detail that says we could face another financial mass casualty event.

“If you say in the first chapter that there is a rifle hanging on a wall,” said the Russian novelist and playwright Anton Chekov, “in the second or third chapter it absolutely must go off. If it’s not going to be fired, it shouldn’t be hanging there.”

Let’s look the gun that so obvious to Treasury traders.

Interest rates in the benchmark note have not rallied much. In fact, the farther one goes back in time, the worse the chart for the ten-year notes seems. Indeed, since trading as low as 1.4 percent in 2012, the ten-year moved back up to a little over 3 percent in December 2013 before weakening and starting this year with the interest rate at 1.68. While the rate has rallied off that low, it has not rallied much for an economy that is supposedly vigorously on the mend. Even more importantly, from a technical stand point, the charts look decidedly bearish— as far as interest rates are concerned— when you look at a one, two, five or ten year period of time.

And even though bankers have told EVERYONE that they will raise rates, the bond market refuses to believe them. At least that’s the official story.

If we were living in normal times of course, lower interest rates would be good news and definitely good for the market. But after a decade of declining rates, with a poorly functioning economy just at time when taxes need to be supporting higher revenues, the continuation of low interest rates is an indictment of failed fiscal and monetary policy.

In normal times, the stock market would be hailing the news interest rates are low.

But the stock market is not hailing such news.

Instead, the stock market is more like the dread background music that heightens the tension, a tell-tale that the bad guy is still alive with a weapon about to go off.

We live in interesting, exciting times.

The times make a great story, with lots of tension.

It’s just too bad the ending, once again, will not be so happy for the real life people who do all the living and working in the country.

$7000 per contract gain on on Gold. @ 1:45PM ET/ 10:45 AM PT with PageTrader.com’s David Williams and John Ransom on Ransom Notes Radio. Register here: ransomnotes.tv. All your money questions answered for free. With ransomnotes.tv sponsored by the MortgageMinuteguy.com.

Why Cruz Mentioning "Bolsheviks and Mensheviks" Is Relevant