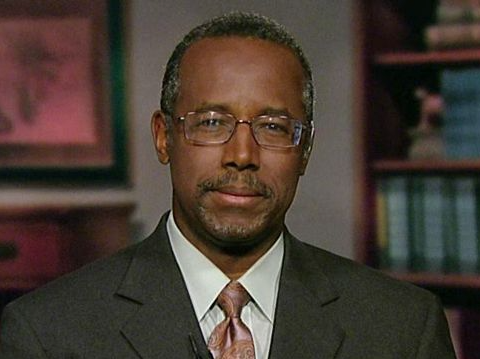 To quote Ronald Reagan, “There you go again.” Earlier this month, Politico ran fast and wild with a hit piece challenging the veracity of the life story of Dr. Ben Carson. Reporters (and the term is used loosely) decided that his recent re-telling of the offer of a full scholarship to West Point needed scrutinizing. A call made to the Carson campaign resulted in a twisting of words and a blatantly false headline, which began a firestorm from other media outlets parroting that fraudulent news piece and then expanding into challenges of Dr. Carson’s autobiographical account of his troubled youth from which he sought and found relief from God. No matter countless published articles and West Point advertisements proved out the fact of the stories, the damage was done. From Donald Trump’s mocking and hyper rantings of incredulity made to his fanatics to the tweets and other posts in social media declaring Ben Carson a liar, the typical ideological leanings of what is referred to as the mainstream press did the job intended.

Now once again, Politico is doing its level best to destroy the candidacy of Ben Carson. Last week it ran a story on the polling numbers, how Dr. Carson is slipping in Iowa with Conservative Christians because of twisted and misleading press stories, and yet another false headline from Newsmax of a linked New York Times story which told of a GOP establishment advisor who volunteered his services to Dr. Carson two years ago but only now questions the candidate’s intellectual capacity. Because of the terrorists’ attacks in Paris, Iowa voters have turned their focus to Senator Cruz, who immediately after was able to make an impassioned speech against Obama’s failure in fighting ISIS, and Senator Rubio. It seems today’s buzzwords are national security as opposed to the economy, or immigration reform, or tax rates or … whatever the subject du jour might be.

Is this how the electorate of our nation now chooses her leader? Whatever the crisis of the moment, the one they deem better able to deal with it specifically is the one who should hold that office? Did not people learn from the disaster that has been the Obama presidency, voters swayed in 2008 by the financial straits somehow believing “Hope and Change” was going to save us, and then again in 2012, when after four years of diplomatic blunders, economic mishandling, worst of all, costly military mistakes had us teetering on the precipice of serious trouble, suddenly a terrible storm called Hurricane Sandy gave Obama the chance to “look presidential” and so, the voters forgave all that preceded and allowed the President a second term. To no surprise, the blunders, mishandling, and mistakes increased.

Are people in the country so intellectually shallow? Do they truly react in such a manner to the daily headlines of, in many cases, an agenda-driven press? Do my fellow citizens actually believe that a man of high intellect whose career is medicine can have no ability to comprehend the goings-on of this world but a man of high intellect whose career is the law most certainly does? Forgive my dubious nature, and the fact I find it entirely plausible that the leader Benjamin S. Carson, M.D., has been most of his life is as qualified and appropriate a candidate for the office of the highest leader in the land, that of President, even though he has held no elected public service office.

The President of the United States of America presides. He does not dictate, impose, insist, but shows himself to have moral courage and intellectual capacity. He is not expert at all things but seeks the expertise and advice from numerous sources; he never attempts to be the sole holder of every minute detail. As President, he gathers a team together that works to keep America safe while improving her condition, her status, her people. He weighs carefully every decision to be made, but when necessary, has the temperament and ability to make those decisions at the snap of his fingers. He is diplomatic with allies, and deals with appropriate authority with belligerents. For myself, I believe the person holding the Office of President never degrades our country; he does not speak ill of us nor our long-standing history of generosity and sacrifice for the benefit of other countries all across the globe. He stands in our stead as our highest citizen, a true representative of America to the world. There can be no doubt that Ben Carson is fully capable of succeeding in this capacity.