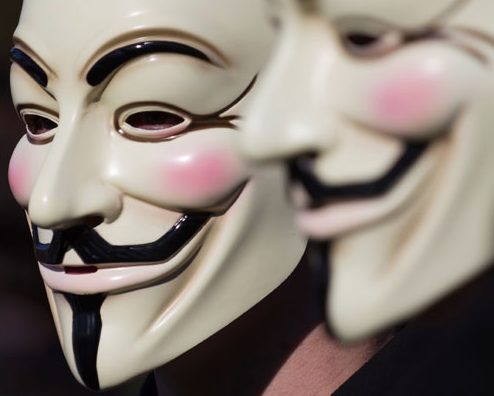 Guy Fawkes “anti-capitalist demonstrations” swept upon London last week. Several policemen were gravely injured and the cool, calm Englishmen challenged any and every symbol of the government in their protest to – ? – to install a more powerful socialist government which will hold a tighter grip over them and teach them manners!

Democrat presidential candidate Bernie Sanders’ faction tells us to look up to European democracies as if they were some kind of magic bullet, a salve to all our aches. First, he says they are “social democracies,” by which he means “socialist democracies” – ruled by democratic socialists. This is not true. In fact, they are representative democracies, where all major and minor factions have their own parties and are represented in the government. There are “social democrats” represented in the parliament, but they are only one of many parties. Further, they are “social democrats” not “democratic socialists” like Sanders. There is a world of difference between the two, which I explain below. 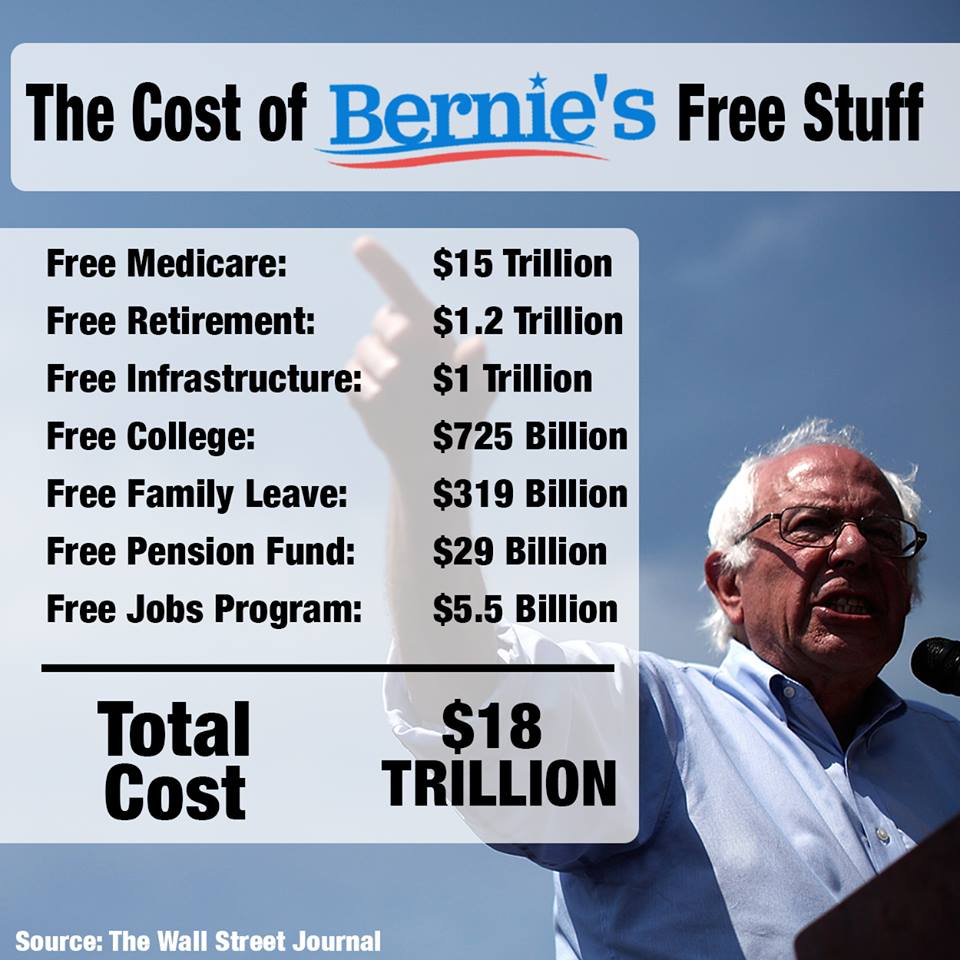 What is more, Sanders’ “paragon of socialism” – Scandinavia (he uses Denmark, Norway, and Sweden as examples) – are monarchies with multiparty (6-7 parties) representation in the parliament. We, on the other hand, we have no king – as they do. We have a republic. Our republic is a federation with two-tiered presidential election (via direct vote, and the Electoral College) and the system of independent powers (pursuant to Montesquieu’s Laws), which are there to avoid the takeover by factions. It is not perfect, but it has made US what we are – the best democracy in the world!

Federalist 10 deals with the ilk of Sanders’ factions. Even then, Madison was feared and misunderstood – he argued in favor of a federation, a union of self-governing states, not a strong federal government, as the anti-federalists accused him of (Lat. “foederis” – a covenant).

What is wrong with “democratic socialism” aka “social democracy?” Start with the name. As Hayek pointed out in his Fatal Conceit, “social” is a “weasel word.” The Left plays tricks with language – blue means red and red means blue! What a paradox: a small conservative businessman who just wants to do his thing and make a living, the paragon of PROLETARIAT, becomes the evil money-maker. “Proletariat” = working men: by turning a “working man” into “working men” we create a MASS – individuality disappears. Ha! By depriving him of his living, you shall deprive him of the opportunity to pursue his talents and hurl him on the Road to Serfdom! Can there be a greater tyranny than depriving the individual of Pursuit of Happiness?

“Social” is a weasel word because it maligns and maims the noun which follows it. SOCIAL is an EVIL ADJECTIVE. What is social? “May I use the restroom?” – that is social… “Social” means having personal morals, etiquette. “Social” also means being gregarious and outgoing. Where “social” refers to society at large – beware! Social justice means COLLECTIVE justice. Black Lives Matter demands SOCIAL JUSTICE, because (they claim) individual justice fails them. However, in a democracy, justice is based on the individual rule of law, on the facts of the case. “Social justice” is a term without a meaning.

I grew up in a communist kennel, a tiny gray apartment on a shabby gray street – there were no other. Party members had a house and a Moskvich imported from Russia (Moskwich had 0.7mm solid iron body and was touted as the best of Socialist engineering and car manufacturing – you could walk over the car, roll it in a ditch, with hardly a dent). Less prominent party members had a Skoda or a Trabant (a car made from cardboard). Those were the three cars people were permitted to have because the manufacturers were government approved and owned monopolies… 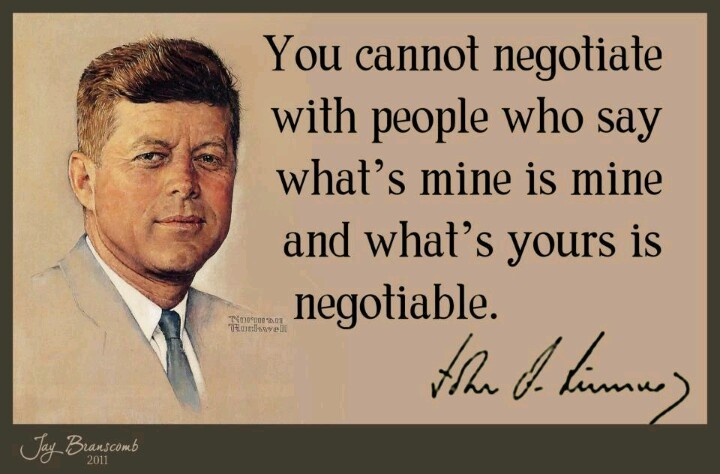 Everything is SOCIAL in socialism. They will tell you “social” is a good word – it means equality, being together as one (Party) fighting the evil money-hungry capitalists (i.e. anyone interested in having personal property and taking care of things their own way). All rights are “social” because they are not “personal” – you cannot have anything of your own, unless it is approved by the government. What is the ultimate result? You have less and less freedom, perhaps even without realizing it, because you lose it bit by bit, thinking: “I am doing something good, good for the society, something which is ‘social’ thus proper, fostering ‘social justice’ and ‘equality’,” until one day you wake up and realize that all your personal freedom is gone, you are nothing but an insignificant gray speck living in a gray house in a corner street cheering a populist demagogue who is your Idol, your Icon, your Savior – because he (or she) lets you have a little bit of this and that here and there (of course, not too much, because that would incite envy and be “anti-social”).

“Inequalities are inevitable price of freedom,” says Margaret Thatcher in her book Statecraft. The objective of the government should be national security and administration of a unified system of laws protecting personal freedoms and constitutional rights. Everything else (including building of roads, hospitals and schools) can and should be taken over by private sector. Be it as it may, when the government starts administering “social justice” and is more interested in “social equality” than equality before the law – such government is destructive of the people it governs, and we all know what happens to such governments in the Land of the Free the Home of the Brave.

Social democracy is simply DEMOCRACY. Democratic socialism is simply SOCIALISM. To call any democracy SOCIAL is a misnomer, because it refers to the government by the name of one of the parties – Social Democrats. It is a Social Democrat Party – NOT, as Donald Trump correctly pointed out – Social “democratic” Party. Every party in a representative democracy is DEMOCRATIC, just as every democracy is SOCIAL. Likewise, I am not aware of an anti-“social” party. Every party is “social” because is congregates people. You are going to a party, a social gathering – not a “social” party. If you call a party “social” you probably do not intend – but will end up with – the very opposite: how “social” were Nazi’s “Social Democrats?” Indeed, the adjective “social” is completely superfluous – unless, of course, it refers to SOCIALISM. You have to choose: either you are a democratic party or a socialist party.

Republican Party is democratic, although it is not composed of democrats. It would not occur to us to call it Republican “Socialist” Party, although it is just as “social” as the Democrats. I believe the confusion comes from the lack of proper adjective: “Democrat Party” does not sound right because “democrat” is a noun. Yet, Democratic Party is an 1824 misnomer for the Jacksonian faction of Jefferson-Madison’s Democratic-Republican Party. They had been “democratic” as opposed to the British monarch and their system. They had no way of foreseeing that, in our politically correct world, the left would appropriate the word to serve their ends: “democratic” has become the means to socialist ends, much like “liberal” has been hijacked by the left to mean “social.”

Who would not be confused about the meaning of “liberal” vs. “libertarian?” They are opposites with the same root – liberty. If you were “liberal” in the 19th century England, you “took liberties” with “social mores,” which is to say you did something anti-social, against the proper social etiquette. “Liberal” referred to free.

Today, “liberal” means progressive and left-wing, favoring the “social” powers of the government. “Liberal democrats” sounds better than “social democrats” but: let’s call a spade a spade, a hammer and sickle for what they are.

“Libertarian,” on the other hand, means possessing and wielding a free will, having maximum individual powers – liberties. Thus, the two are tugging the tightrope of liberty, each at one end, and when it tears, anarchy is born, as we have seen in London this week.

Guy Fawkes wanted to overthrow a king, in order to install another king, who would be more conservative (Catholic). He fought against the Protestant Dutch, the country where free trade flourished and from which our Forefathers had sailed on this Continent. He was libertarian in order to be liberal. He was a socialist because he wanted one strong, powerful ruler/government. One thing he was not – a Democrat. He was – like Sanders – a wolf in sheep’s clothing.

Why the Word 'Illegal' is Becoming Illegal