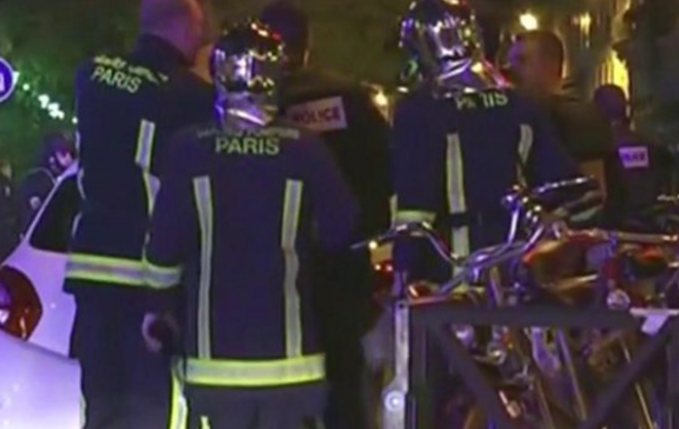 Various sources are reporting that at least 60 people are dead and 100 hostages have been taken in a series of three, or possibly four, terrorist attacks in Paris “involving bombing outside a stadium where tens of thousands of people were watching a soccer game, a mass-murder shooting at a restaurant, and mass abductions at the Bataclan concert hall.”

It is obviously too early to draw any definitive conclusions, but we must note that both ISIS and al Qaeda have threatened Europe in general and France in particular; France was recently the site of the Charlie Hebdo massacre and related killings; and the French government has recently stepped up its support for combat operations against jihadists in Syria and Iraq.

I would further note that these attacks have been roughly simultaneous, which is the longtime practice of al Qaeda (and remember that ISIS is a breakaway faction of al Qaeda – the two are more the same than different when it comes to the jihad against the West).

There have also been reports – unverified so far as I know – of grenade explosions near the stadium. It is not yet clear to me whether there was a bomb detonation of some kind in conjunction with the grenades. But it is worth observing that when al Qaeda bombed the U.S. embassy in Kenya in 1998, it exploded grenades just before the bombing – a tactic that enabled the terrorists to both (a) distract police attention so the truck carrying the bomb could get close to the embassy, and (b) butcher many more people – they looked out building windows when they heard the grenades and were killed by flying glass when the bomb exploded seconds later.