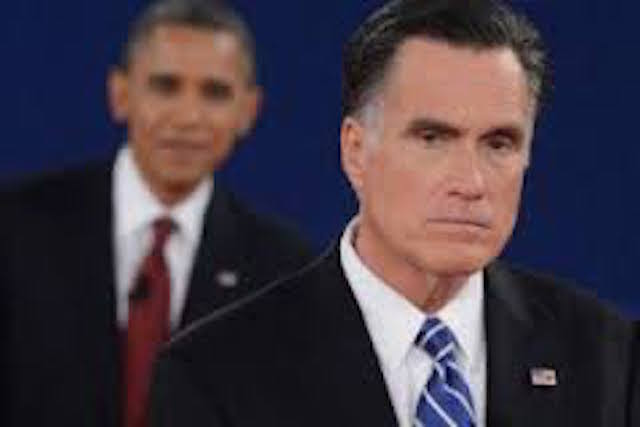 Many of us can recall a time when we had only three networks and our families subscribed to the local newspaper. A time when we all drank from the same well.

After dinner, the family would gather around the TV to listen to the evening news: Walter Cronkite, Huntley and Brinkley and Howard K. Smith, to name a few. The nation all received the same set of “facts” (and opinions). Even if you were not interested in current events, your family’s frame of reference was informed by it and that mind-set would trickle down one way or another, unless you came from a family of critical and informed thinkers.

Well, color me astounded upon hearing that Mitt Romney, a guest on David Axelrod’s podcast was reminiscing—and complaining—for this bygone time. He bemoaned the dilution of the old (legacy) media by conservative uprising such as talk radio, reasoning that it was the conservative input into the culture that has prevented collaboration in the Capital.

Of course Romney was referencing Rush Limbaugh because he started his program in the late 1980’s. In fact, it was Rush’s show that was the catalyst for the conservative radio media we enjoy today. The left and the Democratic Party were married. That resulted in the Republican Party’s being the perennial minority.

Apparently, what Ted Cruz calls the Washington Cartel (a.k.a. the DC establishment; the political class) the Republicans were content in lauding simple general members and the occasional—but very sporadic election victories.

One would imagine that the appearance of Rush Limbaugh on the scene would have be seen as a joyful addition to the fight; that they would want to embrace the pioneer monopoly breaker. Not so.

Breitbart.com reporting on the exchange between Axelrod and Romney writes,

“Romney told David Axelrod on a recent ‘The Axe Files’ podcast that the ‘extremes within our respective parties are having a louder and louder voice and demanding more attention’ and ‘immediate action’ as opposed to more ‘collaborative action.’”

Romney said this phenomenon flows in part from the ‘change in the world of media.’

‘There was a time when we all got the news with the same facts, if you will,’ he said. ‘We had three networks we watched for the evening news. Most of us got newspapers. Everybody in the middle class got a newspaper, so we got the same facts whether we agreed or not with them.’

Now, according to Romney, people ‘get their news on the web’ and ‘they tend to read those things which they agree with.’ He said people are ‘not seeing the other side’ and ‘not even getting the same facts’ while ‘we have commentators’ on left-leaning and right-leaning cable news channels ‘who are hyperbolic in expressing their views on issues.’

Romney lamented that more Democrats are considering themselves ‘liberal’ and ‘in my party, there are more and more who feel they are more insurgent than towards the center of the party.’

‘And I think that divisiveness is one of the things that has led to Washington having such a hard time getting things done,’ he said.

The meta-message is that Romney longs for the return of the weaker party, the minority, to submit to the dominate party so there can be harmony, peace, and collaboration. He believes that the explosion of conservative media has caused people only to read what they agree with and is no longer willing to “hear both sides”, and that makes us divisive.

Well count me among those supporting the dividers.

93 million people are no longer in the labor force; that those who want to be working full time can only find part time work because small business cannot pay for Obamacare.

Poverty under the leadership of Barack Obama has gone from 12.5% in 2007 to 15% for three consecutive years.

Black unemployment is nearly twice the national average. in 2009 when Obama took office, 25.8 percent. In 2014, according to Pew Research Center, the black poverty rate was 27.2 percent. Some reports show improvement, however failing to cite that the computation did not include those who have stopped looking for work. Larry Walker II, the black conservative blogger even accuses the government of manipulating the numbers. (Manipulation 101: The Real Unemployment Rate 2012.)

In 2012, Romney himself reported that annual start ups in business were down 100,000 under Obama. But he laments that there is no Republican collaboration with the Democrats.

I voted for him. Now what do I think?

Patriots, we dodged a bullet.