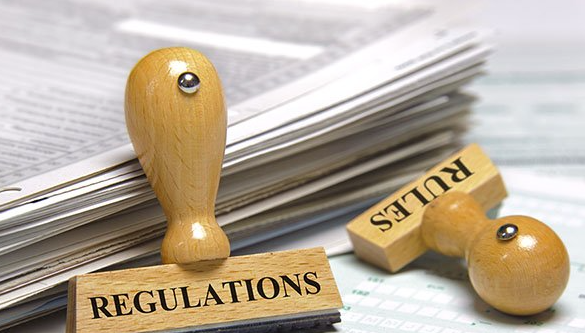 It often amazes me how blasé and unconcerned people are about the system they live in. I did not grow up in a democracy, I can never take it for granted. The government shall not collapse under its own weight – people will! The power of the individual decreases in direct proportion to the increase in the power of the government.

Can you think of one aspect of your life which is not regulated by the government? From the moment we wake up and wash our face (water regulation), put on the light (electricity production and use, regulated by FERC), the car emissions, the air we breathe (EPA), roads we walk and drive on (FHA), facilities we use… to the moment we come back home and turn on the television set (FCC) – it is all regulated by the government, even the food we eat! Finally, when we die, our burial falls under state and local funeral regulations – how and where to “dispose of us” is carefully regulated by both the federal (FTC) and local governments.

The United Nations Statistics Division (UNSD) classifies multiple functions of a government. This classification is descriptive, meaning it captures the functions governments currently fulfill. As to the United States, our federal government overlaps the states’ governments and where they collide, the federal prevails over local (Preemption Doctrine).

UNSD classifies the functions as follows:

As we can see, even these divisions overlap. Thus, we have to pay taxes to several departments (doing the same thing) which probably do not even communicate with one another. Some areas should not be included at all (such as religion) and others should be greatly simplified so as to promote personal individual freedoms and free market economy, not government planning and bureaucracy.

The government is obligated to publish all changes and new rules in its “Journal” called the Federal Register. This journal includes all new and proposed regulations, requiring the affected companies and individuals to comment on them within a certain time period (30-60 days). For a sample of the (Ozone regulation click here.) When Rep. Issa proposed a modernization of the Register (March 11, 2014), his proposal met with strenuous opposition from the American Association of Law Libraries.

The more regulations there are, the more regulations are needed – in order to update the previous regulations and (always) expand them. The only saving grace of our government should be the system of checks and balances, and transparency. It seems the Obama administration has assumed the role of these two mechanisms leaving little, if any, room for US the People…

In February 1788, George Washington spoke of “two pivots” upon which the government depends. It is imperative, he said, that 1) “[the government not be] invested with more Powers than are indispensably necessary to perform the functions of a good government,” and that 2) these powers be “so distributed among the Legislative, Executive and Judicial Branches that the government can never be in danger of degenerating into a monarchy or any other despotic or oppressive form, so long as there shall remain any virtue in the body of the People.” Underscore: “indispensably necessary” and “degenerating into… any other despotic or oppressive form.”

In other words, to paraphrase George Washington in simple modern English: 1) it is absolutely necessary that the government has only the powers necessary to perform its functions; 2) we must avoid any kind of oppressive form of government by always assuring equal distribution of the governmental powers among the Legislative, Executive and Judicial Branches.

Benjamin Franklin had warned us that we shall have a “republic” only “if [we] can keep it.” Today, it is the size of the government, its unbearable pressure and anonymity, lack of transparency and clear bias against the individual, which are so off-putting to every ordinary citizen who would like to vote but says: Why?

Because we cannot demean ourselves to the bad examples of “what-does-it-matter-anyway” and “there’s no there there” attitude. They maim our language, they malign us. Why is Sanders successful? He does not use these meaningless phrases and approach of ultimate indifference. What is more, he appeals – over and again – to our morals. The problem with his approach is that he does not want to show us the way or teach and protect us – he wants to command us, tell us what to do, follow his morals.

The only moral in democracy is: Never destroy the power of the individual! Do everything to foster individual growth and enable each one of us to exercise our constitutional rights. Ultimately, We the People have the final check on the government and its distribution of powers, which is why every vote counts. It counts in our hearts, in our minds. May no individual vanish, give away their soul to the crowd. America is the Land of the Brave, the Home of the Free – because we fight for ourselves and let no-one – not even our own government – suppress our God given rights!

The U.S. Economy: No Happy Ending in Obamanomics

Ignore the Data Collection on Your Child, Nothing To See Here...