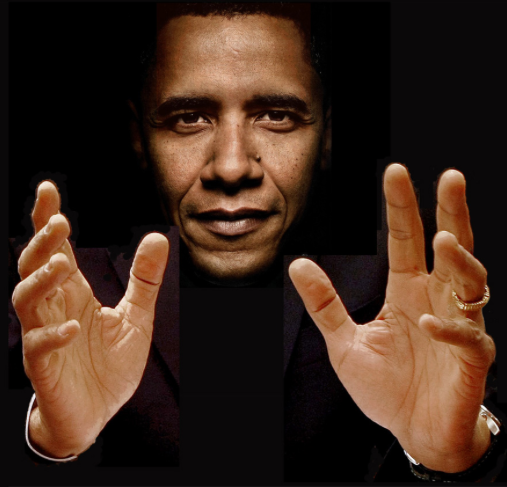 As a child, it is fascinating to watch a magician, illusionist.  Their sleight of hand, to make things disappear and reappear in unusual places, is both exciting and intriguing.  Audiences “ooh” and “aah” as the illusionist amazes them with each trick.  When the show is concluded, conversations are had with great intensity to see if anyone can decipher how this illusion was executed.  In the end, it is all entertainment.  There are no consequences to the show.  Just a sense of wonder is left for those who watched the spectacle.

As President Obama spoke to reporters in Antalya, Turkey at the G20 Summit, he was an “Illusionist of Words”–a virtuoso of spinning his answers to reporters, giving the illusion of answering questions but never really doing so. When asked by three different reporters if he was aware of the current threat by terrorists and was he prepared to fight ISIS, there were no concrete answers given. The actual question was never even touched upon.

In disgust, Obama said to the second and third questioners that he was being given “variations” of the same question. Maybe that was because he hadn’t answered the questions when first posed to him.  Instead, he claimed he has no answers to what happened in Paris and has no plan for going forward to protect and fight for our country and the people he is supposed to be safeguarding from danger.  Obama is more concerned about NOT creating litmus tests as a part of the vetting process of Syrian refugees entering our country.

Patriots are taught to not disparage the President.  We are taught to respect the person who is leading our military and protecting our land, even when we aren’t in agreement with their point of view.  At this moment, that is a large order to fill.  Our president just stood before the world and behaved as if there is not much America can do to protect itself and to help the rest of the civilized world protect themselves also.

What an illusion! There are no amounts of flourishes and flowery language that can cover the ineptitude of our leadership.  Obama was only able to ruminate a variety of words, which held no value.

Obama also showed no anger for the attacks on Paris, saying it was “a setback”. There was no urgency in working with other enlightened nations, to suppress the danger which has moved in next door.  Currently, America has over 900 active cases regarding ISIS being investigated, in all 50 states. Knowing this is happening, the only adamant tone exhibited by the President, was when he began sharing examples of some people declaring religious “tests” needing to be given to those entering the country.  He also impatiently stated some have said “only Christians” should be allowed to gain entrance as refugees.  Your anger is misplaced, Mr. Obama.

Americans are afraid, exactly as ISIS wants us to be.  We are living in a country where its leader truly has no idea what to do and his advisors are even less capable.  The lack of experience of anyone in this current administration and its desire to only appease its base, is threatening our national security. We are pawns in a game of chess, where death to the civilized world is our opponent’s trophy.

Who will stand up and lead us through this Valley of the Shadow of Death?  At this time, there is no one. Congress MUST stand up to President Obama and demand our nation’s security immediately. We are out of time. Our allies are suffering and we are next.

The time for Obama’s word games and pipe dreams is over. ISIS and their desire to rule the world through their caliphate, is not an illusion.  It is reality.

The Real Reason Rousey Lost Her First Ever UFC Match? It's Political.

Is America An Open Border Nation?