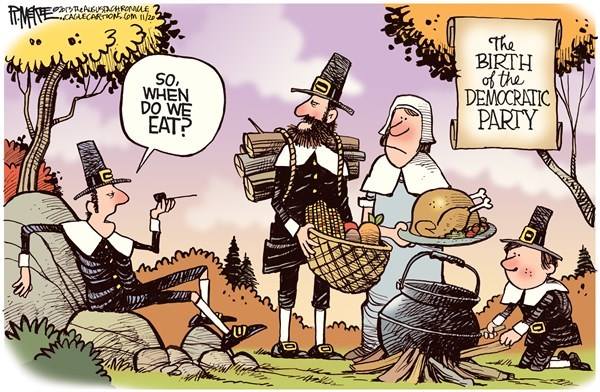 The DNC every holiday season prepares talking points for their base to use around the holiday table. For years I’ve been saying that the DNC teaches its members to evangelize their ideology. And by encouraging them to engage their family in political issues and using their family ties to promote DNC policies is just that, a form of evangelizing.

Today, President Obama who had been saying the ISIL is contained was compelled to hold a news conference to assure the nation that it is safe to travel for the holiday; that the U.S. government is “taking every possible step” to keep the homeland safe.

“We are taking every possible step to keep our homeland safe. . .As Americans travel this weekend to be with their loved ones, I want them to know that our counterterrorism, intelligence, homeland security and law enforcement professionals at every level are working overtime,” Obama said.

Recent polls however show that safety is very much on American minds.

In a new Bloomberg Politics poll, 53% of Americans said they do not want to accept any Syrian refugees at all; 11% more would accept only Christian refugees from Syria. More than two dozen governors both Democrat and Republicans said they’ll oppose Syrian refugees being resettled in their states. Last Thursday the House of Representatives passed a bill blocking the admission of Syrian and Iraqi refugees unless they pass strict background checks.

Breitbart reports on Pew’s recent research poll that “49 percent of Americans say immigration should be decreased, 34 percent say it should remain at its present level, and 15 percent think it should be increased.”

ISIS has promised more terrorist strikes. Since women and children are used in suicide bomb attacks, this is hardly surprising.

Call me cynical, but is President Obama genuinely concerned about Americans sense of safety to travel for the holiday or was this meant to fill the base’s quiver should the topic of Paris attacks come up during their Thanksgiving meal? (I told you I am cynical.)

After all, the DNC has gone to great care to list the equivalent of flash cards for their base members to memorize and use as talking points for the holiday season at their website: http://www.yourrepublicanuncle.com/

“Letting Syrian refugees into the United States is like hanging a “welcome, terrorists” banner on the front door.”

“The United States has one of the strictest refugee screening processes in the world—we can help families whose lives have been destroyed by ISIS without jeopardizing our security. But when our leaders embrace Islamophobia, that makes it harder for us to fight terrorism abroad. And not for nothing, screening refugees based on their religion goes against everything our country stands for.”

(When you click on the underlined sentence, there is pop-up for you to log in and another response, “Welcoming people in need is as American as apple pie.” )

If you have some Democrats at your holiday table, why don’t you visit http://www.yourrepublicanuncle.com/ and craft some of your own talking points.

For example, in response to “…American as apple pie,” you can answer, “So is the 2nd Amendment.”

Terror in Mali & the Real Meaning of "Allahu Akbar"