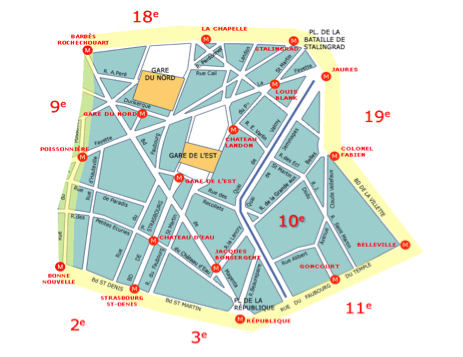 Multiple attacks from gunmen and bombers have occurred and may still be occurring across the French city of Paris. The two districts under attack are located in districts 10 and 11 where the night life of Paris is known to be very popular. The early reports are varied, suggesting that the death toll is anywhere from 42 to 60 dead.

There are also reports that there are hostages being held in one of the concert halls attacked by gunmen. The initial reports suggest the number could be as high as 100 and police are monitoring the location along with as many as 6 other locations.

The Paris soccer stadium where the French were playing a friendly match with the Germans and the French President was in attendance…a suicide bombing has been reported. The French President was safely evacuated and is meeting with his security team. He has reportedly order some 200 French soldiers to take to the streets of Paris and has ordered the borders closed until the terrorist can be caught.

The French paper Liberation reports the hostages and shootings across the city have left the French people shocked. There are also reports that Americans are involved as victims. Survivors are reporting barely escaping with their lives and others report hearing hostages begging for help as they are being gunned down methodically.

Muslim Brotherhood: Above the Law in America