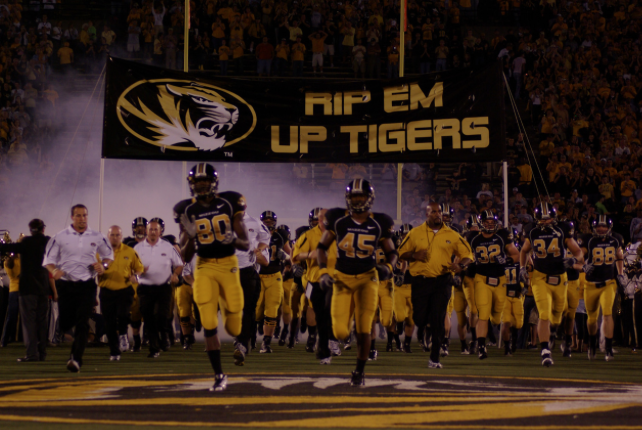 After months of agitation over claimed “endemic racism” at the University of Missouri, President Tim Wolfe resigned Monday, but only after 32 University of Missouri football players threatened to boycott upcoming games and practices. Mizzou’s Chancellor R. Bowen Loftin will also step down. In the end, it was the raw power of football money, not racism, that toppled the president.

The “endemic racism” claims at Missouri resemble those commonly seen on college campuses, down to the cliché characters and grievances:

The core grievance, of course, and as pointed out in the Columbian Missourian, is white privilege.  A racist term in itself, it means that white leadership at that the University does not “understand the dynamic of a privileged race that has the luxury of disregarding the black experience.” Apparently it is irrelevant that many of the claimed racist actions were not associated with University students or staff. The University and its “privileged” students are nonetheless guilty because they are there and they are white. And the grievances extends beyond race to “sexism, homophobia, Islamophobia, transphobia, and every other ‘ism and ‘phobia’ you can think about”.

Even the efforts at conciliation by President Wolfe meant nothing. He publicly lamented, “Racism does exist at our university, and it is unacceptable … as a long-standing, systemic problem which daily affects our family of students, faculty and staff. I am sorry this is the case.” He agreed that “it is clear to all of us that change is needed, and we appreciate the thoughtfulness and passion which have gone into the sharing of concerns.” But this was not enough to appease the protestors. They wanted more.

The protestors demanded a scalp, but could not get one. They could not until last week, and then came the game changer. Thirty-two players on the University of Missouri football team announced they were boycotting future games and practices unless President Wolfe resigned or was fired. Things got real, fast.

To lose 32 players would effectively have meant forfeiture of the upcoming game against Brigham Young University, and a forfeiture under the game contract with BYU would mean a penalty of $1 million for this weekend alone, not including the loss of revenue. The math was simple. President Wolfe’s departure became a foregone conclusion.

So in the end, all the hunger strikes, protests, demands, and allegations accomplished nothing. Lost in the celebration among the protestors as they march around waving the president’s scalp is the uglier reality that what really controls the University is neither academic freedom nor racial conciliation, but big money sports.

Dr. Sarah Condor, After Having Lived Under Socialism: The Fall of the Berlin Wall? Beware!