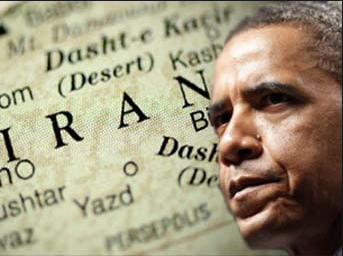 Something is seriously wrong with the President of the United States. After his press conference in Turkey, I sat dumbfounded and shocked by his attitude toward the Paris terrorist attacks and by what he didn’t say about retaliation against ISIS. As I sat watching the television, I could not believe what I heard. First, his attitude was so cavalier and casual about the attacks; he actually called them a “set-back”. A “SET-BACK”? This, in the face of the worst attack on a major European city since 9/11? But then I remembered; when James Foley was beheaded by ISIS, Obama took less than five minutes to give a statement before rushing off to his golf game. He has also remained rather nonchalant when masses of other innocents have become the victims of ISIS. There is no passion or outrage in his statements; they are more matter-of-fact and dismissive as though this type of thing was just the “new normal”.

After trying to digest his doubling down on sticking to his “strategy” in defeating ISIS, I started to do a little digging into exactly why he would react this way. The definition of insanity is doing the same thing over and over expecting a different result, so is he crazy? I considered that option, then realized that no, he means to do exactly what he is doing. But why? My theory is that all roads lead back to Iran.

Consider the fact that Obama has always been lukewarm in going after ISIS. He adamantly refuses to send troops to annihilate them even when advised to do so by his own military advisors. He makes half-hearted efforts to make it look like we are doing something when he sends planes to drop a few bombs or to take out a few ISIS soldiers just to make it look good on the evening news. You can’t tell me that our military, if given free reign couldn’t target strategic points and wipe out ISIS oil fields, field operations and headquarters if they were allowed too. And there lies the question. Why are they not allowed to?

While listening to news reports, I heard Walid Phares, a Middle East expert and professor at the National Defense University sum it up pretty well. When asked “why can’t we take them out?” he replied:

“Actually we can and actually we should, but the president has a different strategy. He’s getting a lot of pressure by the Iranians. Otherwise he should have long time ago allied himself, partnered with Arab moderate forces such as Saudi Arabia, Jordan, Egypt, UAE, they are fighting terrorism very much and very well in Yemen, in Sinai, in Libya, elsewhere, but the reason that he’s not going to these moderate Arab forces and asking them on the ground to be boots on the ground is because the Iranians are pressuring him because the Syrian Regime is pressuring him. They don’t want those areas, those Sunni areas to be liberated by Sunni moderates because they won’t have access to them. That’s the bottom line of it.”

Obama has decided that he is going to play on Iran’s team and turn his back on all of our Arab allies that are fighting against terror groups. He is willing to let ISIS run free because it is what the Iranians really want. ISIS creates chaos and Iran benefits from the chaos because they do not want the Sunni areas to be liberated by the Sunni moderates. Obama is in bed with the Iranians and also the Syrian regime which is also Iran’s puppet.

Dig a little deeper and you can see why Obama pushed the Iranian nuclear deal so hard. He couldn’t wait to lift the sanctions against them and was going to do so against the will of Congress and the American people no matter what. The billions of dollars released to them will only further fund terrorist groups and attacks. But it doesn’t matter because his loyalty is with Iran. Why would he make sure that Iran could have a nuclear weapon in ten years? Everyone knew and still knows that is a huge mistake.

In digging further, Obama may be teaming up with Russia as well as Iran, yet we know that Russia is propping up Bashar-al-Assad in Syria against our allies on the ground. If we team up with Russia, then we will be hampered in going after ISIS. Is your head spinning yet?

The last thing that really shocked me was a quick fact in an article in the Washington Free Beacon which quotes Mark Toner, State Department spokesman, as saying on Monday at a press briefing that “U.S. officials have also urged their Russian counterparts to talk with Assad’s government about no longer purchasing oil from the Islamic State.”

Is this why the U.S. has not bombed the ISIS oil fields? If we really wanted to destroy ISIS, we would go right to the source of their funding: the oil fields. If Assad and Russia really wanted to destroy ISIS, the U.S. would tell Assad to stop buying their oil; we would join together and take the oil fields out and crush ISIS. That is not what Iran wants however so we end up doing their bidding and siding with two of our worst nightmares.

Maybe I’m the crazy one, but it is the only thing that makes sense to me and it is the only reason I can justify the incredible actions of this President. There is no other explanation for why he is refusing to wipe out an enemy that he knows is coming or is already in our midst.

We as Americans better be prepared for dangerous times ahead, and I am praying that the next fourteen months of Obama don’t end in even more of a disaster for us and our allies.

The Left's 'You Hate Muslims' Charade