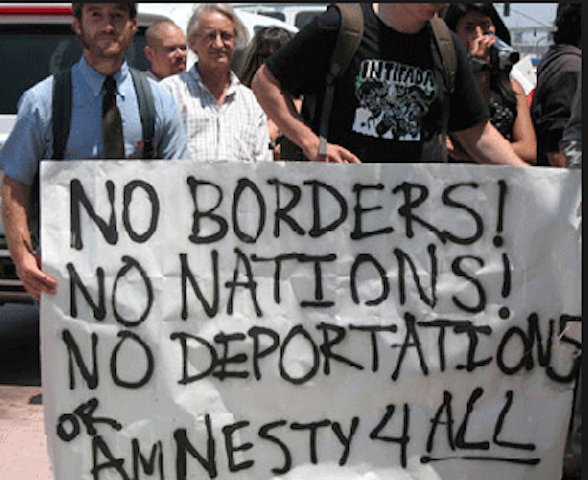 Let’s not mince words: This country is being invaded. There simply isn’t any other word for the condition of millions of people crossing illegally – that is to say, with no official permission from our government – into the nation. It’s a situation made all the more alarming by the prevalence of terrorism in the world today; when you consider how easy it is for quite literally anyone to walk into the United States across woefully undefended borders, the potential for disaster brought about by people who wish us harm is as clear as it is frightening.

From our elected representatives and law enforcement authorities, it would seem, no help can be expected. Indeed, it is a baffling and unconscionable fact that in many cases, these very people are complicit in the invasion themselves by facilitating the continued unlawful presence of the illegal aliens. Many, many “sanctuary cities” exist across the country, in which people living in this country illegally can hide without fear of pursuit by the people whose job it is to find and punish criminals like them. 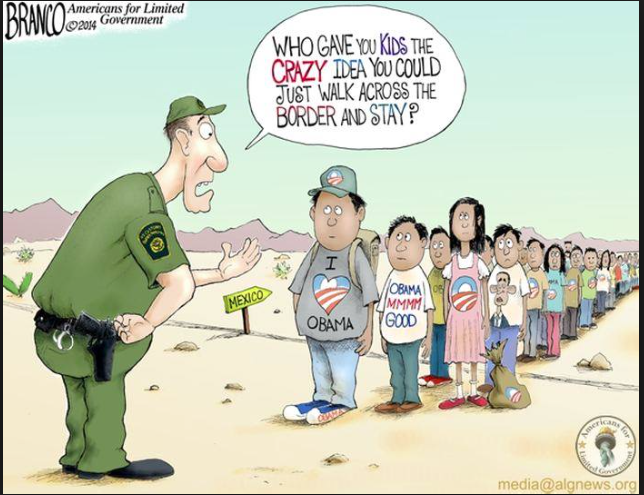 And it would seem that such aliens are well aware of their protected status, as their brazenness is now reaching new heights. Not only are they content to violate the laws of this nation simply by being here, but of late there has been murmuring of demands for – as bizarre as this very notion may be – an “Illegal Immigrant Bill of Rights”. It seems the illegitimate invaders of our country now feel that they are entitled to the rights of American citizens – the very people, it should be noted, whom they insult and undermine by continuing to disregard the legal immigration process of this country. And it doesn’t stop there. They also want immediate deferment of all deportations, to ensure that we are unable to defend ourselves against the invasion even when we find the people carrying it out. Then they want in-state school tuition and access to publicly-funded medical care, because apparently it is entirely moral and not at all objectionable for people here illegally to leech off of the legitimate American taxpayers who pay for such things (and other programs which illegal aliens are known to make use of, often clandestinely). Finally, undocumented immigrants (a typical politically correct misnomer for foreign criminals) want legal protection from deportation in the event they witness a crime.

It is the mindset exhibited by these “demands” that is perhaps the most appalling of all. These people are clearly past hiding in the shadows in the hopes of subtly exploiting this nation without being brought to light. In flagrantly raping the sovereign borders of the United States and making mockery of its laws with every moment they stand on its soil, they refuse even to acknowledge that they are doing anything wrong. The criminal who knows he is a criminal at least knows enough to carefully conceal himself and his activities – illegal aliens feel no need to do so. They either feel that their presence here is every bit as legitimate as that of any honest US citizen or – the greatest insult to this country and its people of all – that it simply does not matter that it is not.

This situation is past out of control. When wanton criminals take to the streets in the bright of day to demand equal rights with the law-abiding, the inmates are clearly running the asylum. Something is very, very wrong with the governments of this country (including federal, state, and local) that refuse to enforce our laws and protect our borders – the dearest responsibility with which we the people have charged them. Illegal aliens do not deserve to even be here, let alone enjoy access to social programs paid for by US taxpayers who actually respect the law. It is time to show these people that we will not stand for such flagrant, naked insults to ourselves and the sovereignty of our nation. As a wise man once said of this issue, both simply and succinctly: “We either have a nation, or we don’t.”

At this point, the behavior of illegal aliens is making it seem that there is no sovereign country by the name of “The United States of America” at all.

Daniel Greenfield: Why Islam is a Religion of War