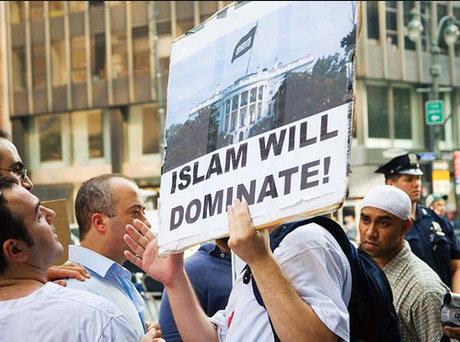 The House of Representatives has decided that what is best for the American people (the ones who elected them into office) is to vet the Syrian refugees before allowing them to enter the United States.  How they propose to do that is another question because the first thing they should do is secure our borders.  Having open borders is comparable to offering your lunch to the school yard bully before he even asks for it.  Unfortunately the White House seems to be living in perpetual state of denial as they recently stated that out of 2,174 Syrians admitted to the U.S. since the Sept. 11, 2001 attacks, “none have been arrested or deported because of allegations they harbored extremist ambitions.”  Perhaps they simply “forgot” about the Boston Marathon bombings…After the Tsarnaev brothers arrived with their parents on a tourist visa, they asked for asylum in the United States as war refugees. Then they showed their appreciation by bombing a highly populated event.

Meanwhile some of the Syrians have gone missing after walking out of a processing center in in Louisiana. (One was later found in D.C.)

Another “refugee” was Iraqi Ramzi Yousef, who arrived with a fake passport seeking political asylum. Yousef is the nephew of Khalid Sheikh Mohammed, one of the 9/11 attack planners. In January 1995, “Yousef and his associates plotted to blow up eleven U.S. commercial aircraft in one spectacular day of terrorist rage. The bombs were to be made of a liquid explosive designed to pass through airport metal detectors. But while mixing his chemical brew in a Manila apartment, Yousef started a fire. He was forced to flee, leaving behind a computer that contained the information that led to his arrest a month later in Pakistan.”

Co-conspirators Ahmed Ajaj, Mahmud Abouhalima, and Mohammed Salameh all arrived with illegal documents and/or illegal aliens. Abouhalima and Salameh applied for amnesty as agricultural workers. Pretty sure they did not pick any produce.

As much as Leftists want to deny the facts, 9/11, the attacks in the London subway, the Moscow Theater, the takeover of the Iranian embassy, the attack on the Beirut and Libyan embassy, the Fort Hood shooter, the Beltway snipers, and the Israeli Olympic team attackers were all perpetuated by Muslims.

They can deride all they want to about Syrian refugees being “innocent and helpless”, with Obama stating that, “slamming the door in in their faces would be a betrayal of our values.”  The real “betrayal” would be for the president to allow potential terrorists into our country un-vetted.

The best way to help others is from a position of strength–not weakness.