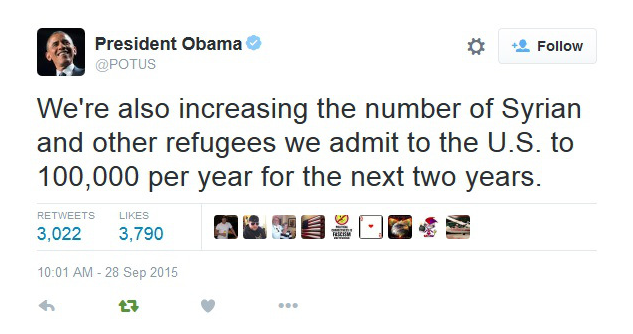 America is the land of opportunity. It is one of our deepest, most cherished values that hard work is rewarded here, and that those who apply themselves and are serious about success – no matter whom they may be – can make it in the United States.

Nevertheless, there are those who fall through the cracks. Sometimes the job market is no good, sometimes people fall on hard times because of some unforeseen emergency. Frequently, government regulation and other interference makes it harder for people to find work with which they can support themselves. Whatever the cause, there is poverty, and with poverty comes desperation and uncertainty. We have people in this country who, left to their own means, are not able to provide for themselves. And we look after them, with a variety of social initiatives such as food stamps, Medicaid, and subsidized housing options. These programs are expensive – every penny given to the poor has to come from hardworking taxpayers who were coerced by the government into paying – but we take care of our own. So long as this safety net doesn’t become too big or a career choice unto itself for those unwilling (not unable) to work, we are willing to pay.

But here’s the essential catch. These programs are for Americans. They are how we look out for our citizens who are having a hard time. And despite all that we do (and we do a lot, if the social entitlement budget is any indication), it apparently is still not enough: we continue to have homeless people in our country, the desperately poor who have no place to live and find it hard to get enough to eat.

Why is it, then, that we continue to tolerate the illegal entry into this country of millions of undocumented (a kind, politically correct word for alien flouters of American law and sovereignty) immigrants who, by and large, are people with extremely limited skills and education, and who often end up consuming the resources we reserve for our own poor? For one might think that the status of these people as criminals coming into this nation illegitimately would mean that they at least would not have access to our social entitlement programs, but alas, such logic is naive. The entrance of illegal immigrants is not only tolerated, but officially encouraged through sanctuary cities, laws allowing them to obtain driver’s licenses, and free public education (where “free” means “at taxpayer expense”). And, yes, they often apply for and receive food stamps and other government handouts, for which we also foot the bill, once they come here.

Traditionally, these people overwhelmingly came from countries such as Mexico, Cuba, and various South American nations. There are estimated to be nearly 12 million such people currently living in the United States illegally. But now there has been talk of accepting Syrian refugees, people displaced by the horrific violence currently taking place in their home country as a result of ISIS and a raging civil war. Everyone wants to help these people, but it is a question of resources.

There are scores of homeless American citizens, some of them injured veterans who put themselves in terrible danger for our country and will never be the same because of it. Are we truly to disregard such heroes, our Veterans and champions in favor of allowing people to swarm in from a dangerous and hostile part of the world, with little means for knowing whether it is even safe to let them in?

Everyone wants to help the less fortunate. Many good people believe in religions such as Christianity, Judaism, and – yes – Islam, which command compassion and charity for the poor. But while we are the greatest nation on the face of the Earth, our means are not limitless. We cannot even afford to keep all of our own people out of poverty; if we continue to take in the downtrodden of other nations, we will simply beggar ourselves, and then no one in our country will benefit. And indeed, if we now accept large numbers of people with uncertain intentions, we may find ourselves lucky if we still have a country at all.