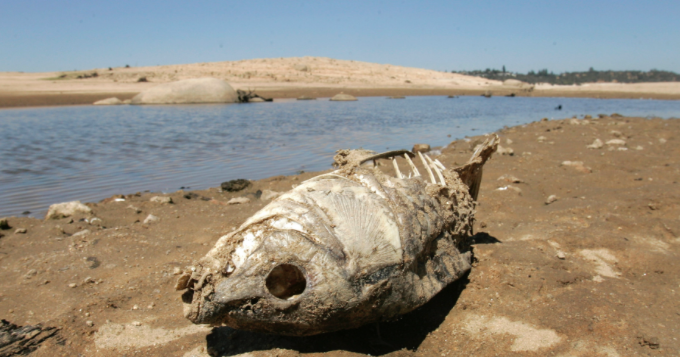 Although the terror attacks in Paris have garnered a ton of media attention and comments from presidential candidates, one issue is failing to be addressed: the severity of the California drought. The water crisis is being talked about on a daily basis by those who are directly impacted, like farmers and ranchers, yet the mainstream media, as a whole, has ignored the epidemic.

For those of us who live in California, our lives have drastically changed. People in the Central Valley have had their wells dried up, meaning they cannot shower, wash their clothes and dishes, let alone have water to drink. The government has had to step in and provide water tanks just so these folks can survive. Instead of pumping water from their wells, they’re relying on the government to bring them water, week after week, with no end in sight.

While President Obama and presidential candidates on both sides of the aisle focus on foreign threats, they’re failing to look in their own backyard, at the domestic terrorist known as the California drought.

This drought has the ability to kill the nation’s largest economy – and it’s doing just that.

California is the largest crop producer in the nation and it’s dwindling at a rapid rate. That doesn’t just impact California; it impacts the nation.

Why isn’t there more of an emphasis on building adequate water infrastructure? Instead of capturing water during wet seasons – especially now that El Nino is expected to bring torrential rains – our government would rather have people rely on them for the most basic need for human survival: water.

The EPA is giving out grant funding left and right to “study” the drought. What’s there to study? It’s hot. There’s little water. People are struggling to get by. And no, I’m not talking about the struggle of not having a lush, green grass for your kids and dogs to play in. This epidemic is about the government’s lack of planning turning into real life catastrophes for many Californians.

The California drought isn’t taking place because of climate change. It’s happening because our government has failed to act in the best interested of its people. Our government, who is responsible for water utilities, is more interested in making profits than providing a service.

It’s time to kill this domestic terrorist before it kills us.