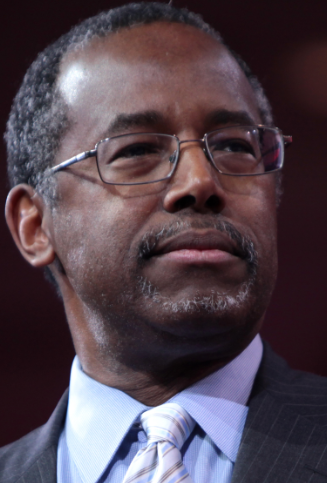 “Everyone is a man of faith. The only question is what they place their faith in,” said Dr. Ben Carson. The same Dr. Carson who was twice baptized, attends churches of different denominations, prayed in the operating room, and proclaimed that a Muslim would not be suitable for president. Let us pause and look into these statements.

There is no doubt our country is undergoing a crisis of faith, which is the result of our industrious lives, lack of proper religious education (neither morals nor religion are taught at school, thus they are also neglected at home), in turn resulting in the spread of atheism, supported by government accommodating these changes by its negative attitude to all “walls” – be it walls between states, neighbors, imaginary internet walls, or the wall between religion and state.

“Everyone is a person of faith,” Dr. Carson points out, but what does he mean? Are some people “of faith” by virtue of believing in their own ability and goal? Are we “of faith” by being faithful to our spouse and family? Are we “of faith” by trusting in our government? Indeed, as we look around, “of faith” may mean faithful to the party too… One could hardly distinguish between a church mass and a canvassing concentration of adherents at a public place, heaven-bent on every word from the mouth of their political favorite…

I am no expert on religion myself, but what I like about the statement Dr. Carson made is its general applicability. Of course, he meant to appeal to the ethical core of our nation: we still “trust in God” and try to do good (most of us), and even our government makes most blunders in trying to act for “general welfare,” as our Founding Document prescribes. We could quote dozens of volumes on sociology, ethnology, and political science which clearly delineate that every state is supported by, if not founded on, religion. Religion provides basic moral and ethical standards, thus also forming the social framework. Apart from faith itself, religion encourages stable family structure, work ethic, and relationships.

Thus, we could make Dr. Carson’s statement even more all-embracing: Every society is based on Faith. Here, we must pause and reflect: Hinduism and Buddhism in India, Muslim religion in the Middle East, Catholicism and Protestantism in Europe and here, their minor sub-divisions and branches we call “denominations” – they are all founding principles around which societies are constructed. We cannot abolish or abrogate a religion – unless, perhaps, when we substitute it for another. As the theocracy of Iran is incompatible with all democratic principles, Dr. Carson quite clearly stated that a faithful Muslim, because he is a follower of Islam, thus also believes in inseparability of the Church and the State, cannot become President of the United States.

Unfortunately, to the extent to which religion is officially abolished, the Ten Commandments taken down, prayers made “unconstitutional” (thus somehow “un-American”), the State meddles in the affairs of the Soul (personal Faith), we approach theocracy. How? There cannot be a “nothing” in place of “God.” Two options are available: the State takes the place of God (socialism, communism) or another religion takes place of the former one (Catholicism for Protestantism, as we have seen during JFK’s era – or, alas and beware (!), Islam for Catholicism). Since Islam is a proselytizing, uncompromising religion of force, whose moral principles are still stuck in the Dark Ages (corporal punishment and death by stoning being state-approved doctrinal sentences), it is incompatible with our Constitution – that is the Constitution of the American Citizen!

Even those who re-interpret our Constitution and try to “equalize” rights, enlarge benefits without correspondingly expanding obligations and duties, accept people of other faiths and cultural backgrounds – even those atheistic post-post-modernist philosophers of progress – will admit that their personal “constitutions” are much more aligned with the Constitution of the United States than that of any theocracy. To them I also say: socialism is a theocracy, and you would never be allowed to be a “person of faith” – except for one: Faith in the Party and the State.

You need not be a brain surgeon to understand the dangers of faithlessness – for both the individual and the state. Sometimes, it may seem like overdoing it: praying in the operating room or standing up for values typically associated with religion. Mind you: it is not only Catholic religion which insists on a singular definition of marriage, is anti-abortion and adheres to custom. How would you fancy a president who needs to retire to the Oval office five times a day to kneel down, facing East thinking of Allah?

The Enemies Within: An In-Depth Conversation with Trevor Loudon