“He it is who has sent His Messenger (Mohammed) with guidance and the religion of truth (Islam) to make it victorious over all religions even though the infidels may resist.” Koran 61:9

Islamic violence is a religious problem.

Islam derives meaning from physical supremacy, so war becomes an act of faith. To believe in Islam, is to have faith that it will conquer the entire world. And to be a true Muslim, is to feel called to aid in that global conquest, whether by providing money to the Jihadists or to become a Jihadist. 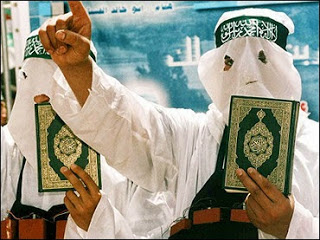 The fulfillment of Islam depends on the subjugation of non-Muslims so that violence against non-Muslims become the essence of religion.

When Hamas states that, “Killing Jews is worship that draws us close to Allah” or the ISIS rapists tell Yazidi girls that rape “draws them closer to Allah”, they really do mean it.

They are not perverting a great religion, as our politicians claim, they are living it.

Everything they do is based on the Koran, the body of Islamic law and the greater history of Islam.

What the Ten Commandments are for the Jew, or the resurrection of Jesus is for the Christian– the physical dominance of Islam is to the Muslim. It is the basis and fulfillment of his faith.

Jihad is the force that gives Islam meaning. It is the deepest expression of faith.

To its followers the validity of Islam is directly connected to its physical supremacy. As followers of the purported “final revelation” to mankind, Muslims not only have the obligation to conquer and subjugate the rest of the world, their religion is meaningful to the extent that they can carry on the work begun by Mohammed. The Jihadis who massacre non-Muslims are missionaries of their faith.

Anything that suggests Islam is not absolutely superior becomes blasphemy. When Muslims explode into outbursts of violent rage over seemingly petty things like a cartoon or a video, it is because to them, any loss of face for Islam is the worst kind of blasphemy because it challenges its supremacy.

Mohammed’s prophecies are validated by his conquests. The truth of Islam is seen in the expansion of Islam. When Muslims succeed in killing non-Muslims, they prove the truth of their religion.

That is why Muslim terrorists shout, “Allahu Akbar”, “Allah is greater.” The old Mohammedan taunt aimed at Jews was then directed at Christians, Hindus, Buddhists and all the world’s religions. By killing their non-Muslim victims, the Muslims proved that Allah was greater than their gods.

Islam is not only a tribal and materialistic religion, but it is closely linked to the honor-shame code of its Arab originators. Islam is not primarily an inward spiritual experience, but an outward expression of tribal honor. Its religious expression is the upholding of the honor of Islam and its expansion in the same exact ways as the honor and expansion of the tribe are upheld. 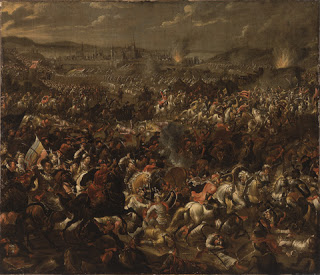 That is why Islam suffers from the classically tribal obsession of protecting “honor” by controlling women so that the blood of the tribe is not polluted by outsiders. That is why it is obsessed with any insult, real or imaginary to Mohammed, its theological tribal founder. And why it must continually expand its territory through conflict so that the tribe grows and so that the surplus sons don’t stay behind to fight each other over tribal territory. This is true of Syria on a much larger scale.

Forcing non-Muslims into a submissive position affirms the truth and power of Islam. By causing infidels to “lose face”, the Muslim fulfills the Koranic verse which promises that Allah had sent Mohammed to make Islam supreme over all religions. By contrast when Islam “loses face”, an act of blasphemy has been committed, which can only be righted religiously by killing the non-Muslims, thereby forcing them to lose face and once again affirming the physical superiority of Islam.

This creates the cycle of violence, which is not the result of Christian or Jewish oppression, but of the need for Muslims to validate the truth of their faith by oppressing non-Muslims. To co-exist with non-Muslims is blasphemous for a Muslim, when his Koran proclaims “Do not take the Jews and the Christians for friends” (Koran 5:51). Mohammed’s final command was to ethnically cleanse the Jews and Christians of the Arabian Peninsula. ISIS sees itself as completing the work that he began.

Islam does not co-exist, for its followers its truth can only be found in conquering non-Muslims.

Whereas most religions can accept being in the inferior position because their fundamental faith in spiritual, rather than material– Islam has little to it but the material. Even its paradise exists in the form of the sort of physical pleasures that its followers crave, fancy robes, exquisite banquets, golden couches, and of course that famed appeal to the dedicated Jihadist, “curvaceous virgins… and an overflowing cup” (Koran 78:33-34). Islamic Heaven is a grossly exaggerated version of the kind of loot that Mohammed’s followers expected to find by following him in the first place, gold, jewels, silk, spices and young girls.

The gang of throat slitters who accompanied Mohammed on his massacres across the region were given a religious incentive that would transcend death.

Even if they died in battle and would not live to enjoy all the jewels, overflowing cups and girls– the Koran promised it to them in heaven anyway. The gang of robbers, escaped slaves and ambitious desert rats trailed after Mohammed across sand dunes, their minds filled with the promises of rich loot from the caravans they were raiding. And in the feverish heat, the idea that they would receive even better loot if they were to die in battle, making death preferable to life, would have seemed plausible.

Out of such such petty greed and lust did Islam initially expand. Its code was that of the tribesman, to lose face or engage in vendetta. Except Islam’s face and vendetta did not involve a single man or a clan, it came to involve over a billion people, who found meaning in working toward the final conquest of Islam. The global triumph of a desert raider’s clumsily hammered together mass of Jewish and Christian beliefs and tribal customs and legends, and his own biography, used as a tool of conquest, forging temporary unities out of quarreling tribes and clans.

And now Islam’s vendetta is worldwide. Every insecurity translates into a provocation. Every jealous impulse never satisfied explodes into violent rage. Every conflict for thousands of years breeds a new vendetta. Did Muslims once live somewhere? They must reclaim it, for to fail to do so is blasphemous and a betrayal of Mohammed’s mission. Did Muslims never live somewhere? Then they must go there now, and raise up minarets and proclaim the superiority of Islam, for to do otherwise is a failure to expand the borders of the Ummah, which is a betrayal of Allah’s will.

The very existence of people living free from Islamic dominion, is blasphemy. Blasphemy that must be remedied by bringing them under the rule of Islamic law. 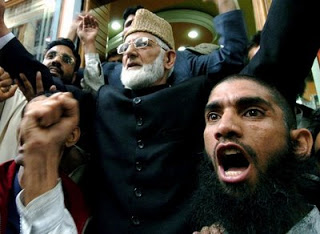 Meanwhile people who were once under Islamic dominion living free of Islam, is worse than blasphemy, it is an insult and an attack on Islam. That is what is behind the Muslim homicidal obsession with Israel, which had until recently been in Muslim hands under the Ottoman Empire. However even nations such as Spain, which had been lost to the Ummah long ago, still inspire rage. The liberation of the Jews from Islamic dominion is a particularly sore point, but not the only one.

The intersection of Islam and Terrorism is the inevitable result of Islamic theology which is supremacist and materialist, which when combined with the honor-shame code of a tribal culture, drives it compulsively toward war and conquest.

The actions of non-Muslim nations serve only as variables to create a context within which the supremacism of Islam expresses itself. These contexts may vary as often as the justifications used in a ISIS video. But the context itself is irrelevant in the larger history and theology of Islam. Because in the end, the problem of Islamic violence is the problem of Islam.

Is America An Open Border Nation?