Outside the synagogue a police car waits silently painting the sidewalk red and blue. No matter what the mayor and his pet police commissioner says, the NYPD is bracing for a terrorist attack.

After 9/11, the sight of heavily armed police officers became the new normal in New York. It’s the new normal in gun-free Europe where the capital cities of the continent fall are locked down and the people are told to stay away from the windows.

Growing up, just before I was old enough to go to school, there was a terrorist attack. The targets were Jewish children. After that, the school was a fortress. There were two sets of heavy steel doors. One on the inside and the other on the outside. Children came and went in staggered groups.

If a Muslim terrorist did attack, he wouldn’t be able to get us all. Not at once.

It was just life. With Islam.

A New York City teacher/arms dealer was just sentenced for trying to sell weapons to terrorists. He knew right away where to point the attackers. To a police station or a Jewish community center.

Since 9/11, Jewish synagogues have been some of the most frequent targets of Muslim terror plots. And each time the professional civil libertarians, the lawyers and the reporters dismiss the attacks.

Four Muslim men wanted to bomb two synagogues in the Bronx. The media came to their defense. HBO even ordered a documentary defending the attackers. It won a Peabody award. Ahmed Ferhani and Mohammad Mamdouh planned to attack a synagogue and maybe a church. Again the media and the activists of the left rushed to their defense. They were entrapped. They never wanted to do it.

The victims were not the Jews they wanted to kill. The victims were the murderers. As the Guardian wrote of the four Muslim terrorists, “Poor, black, and jailed.” It’s enough to make an HBO exec weep.

The Muslim murderers always have tragic problems to sympathize with. 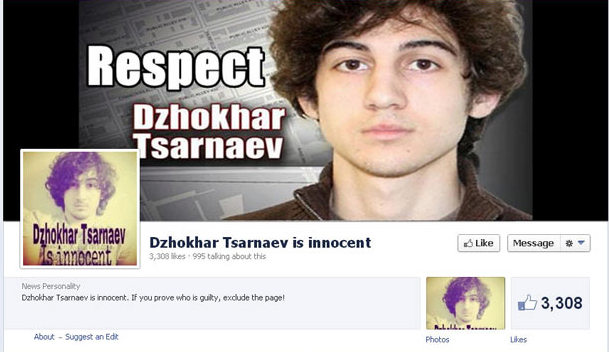 The Times Square bomber had mortgage issues. As the New York Times empathized, “His anger toward his adopted country seemed to have grown in lockstep with his personal struggles. He had lost his home to foreclosure last year.” The Boston Marathon killers also faced “personal struggles” and had “difficulty adapting”. To a journalist, every terrorist just seems to be a lonely little boy inside.

And it’s all abstract. Just another game of social justice. A little white wine and a little intersectionality. Throw in a dose of noble savage and watch civilization burn.

But then there are police cars outside synagogues, soldiers in Paris and lockdowns in Brussels, then you stand watching the ash fall in Lower Manhattan, then you walk into schools that are more secure than prisons, then you deal with a reality that is more real than Twitter hashtags.

The ADL and the AJC have joined BDS organizations in a push to fill America with Syrian migrants. Even the Orthodox Union has signed on while shamefully invoking the Holocaust. When Netanyahu pointed out that a major Muslim Brotherhood ally had played a key role in the Holocaust, the media howled with rage and accused him of exploiting the Holocaust. But when it comes to promoting the arrival of tens of thousands of Syrian Muslims, from a country that hosted real Nazis, then the media trips all over itself to compare a population which supports ISIS and Al Qaeda to Jews in WW2.

In real life, terrorism is ordinary. It’s something horrible that happens. You can see it on videos of Muslim terrorists chasing after Jews on the streets of Jerusalem. You could see it on September 11, a scene that countless blockbusters have tried to recreate with robots and aliens. You saw it again in Paris.

We live in a state of civilization. It’s a state as fragile as the human body. It’s big, but so are skyscrapers. Anything can be destroyed when you find a weak point.

Courage is a moral force. It makes us who we are. But it isn’t always right. The SS were courageous and so were the Bolsheviks. So are the ACLU lawyers who rush to defend Muslim terrorists and their clients who blow themselves up to kill non-Muslims and their infidel civilization.

Warped morals that invert the innocent and the guilty, that turns murderers into victims, make courage into an evil thing. They make it into a crime.

Murder is not a mystery. Its harbinger is the police car, the plane flying low, the smiling man who opens his coat. Evil is not a mystery either. It is moral courage tuned to the destruction of civilization. The murderer can be courageous, but not creative. The ends of evil are power and ruination.

Liberalism is all too often the cult of the poor murderer. The thug who kills over inequality. The terrorist who bombs over bigotry. And it is outrage at the victims of its own Utopian crimes.

Utopia is another name for power. It is an absolute good that negates the humanity of every person on earth. It doesn’t matter whether it’s the Islamic Caliphate of ISIS or the Socialist gulag. The destruction of the individual is not only necessary, but celebrated as evidence of the triumph of the ideology. Destroying people shows the absolute power and total importance of the creed.

That is the force that destroys civilizations. It’s a moral force, but it’s the moral force of evil.

Civilization is the moral force that resists destruction. It is the speech that dares to name murderers, murderers. As civilization dwindles, streets darken and savages and their lawyers hunt the night. Murderers become victims, destroyers become the future and good is invoked in the name of evil.

Sometimes upholding civilization is a difficult thing. It can mean being a soldier on the front lines or a police officer sitting in a car waiting for a terrorist to strike.

Or sometimes it can simply mean speaking the truth. And that is something that any of us can do.

Even at the best of times, civilization is a fragile thing. At the worst of times, it can be held up with a few words, with a few people reminding each other that truth is worth fighting for.

Terror in Mali & the Real Meaning of "Allahu Akbar"