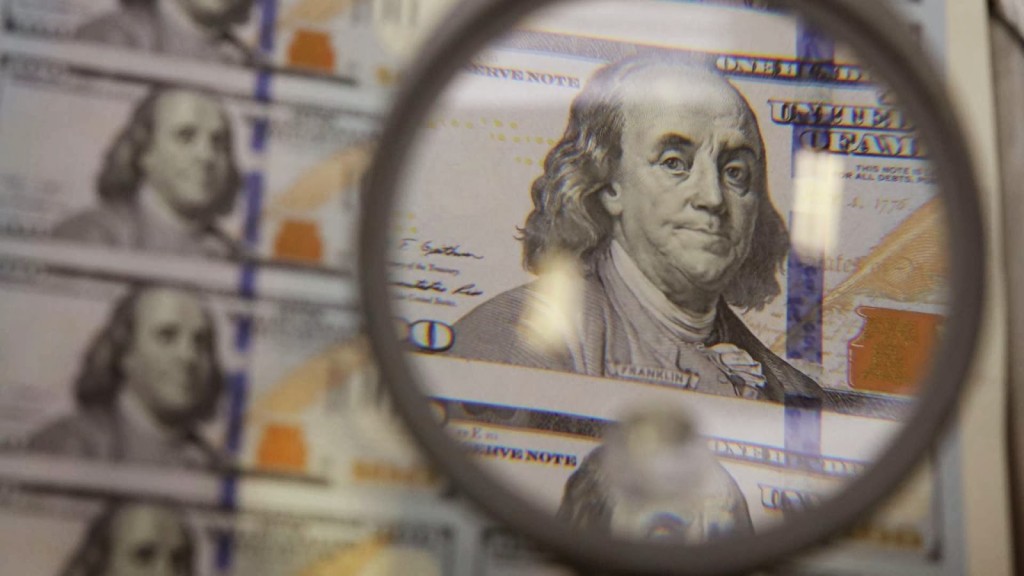 In a nation of 163 million people, 4 million babies were being born each year.

By 1965, when Medicare was plugged in, the birth rate had fallen back to 19.4. For the first time in ten years fewer than 4 million babies had been born in a country of 195 million. Medicare had been added in the same year that saw the single biggest drop in birth rates since the Great Depression.

There could not have been a worse time for Medicare than the end of the Baby Boom.

Today in a nation of 319 million, 4.1 million babies are being born each year for a birth rate of 13.0 per 1,000. 40.7% of those births are to unmarried mothers meaning that it will be a long time, if ever, before those single families put back into the system, and most will never put back in as much as they are taking out. Those children will cost more to educate, be more likely to be involved in crime and less likely to succeed economically. But even if they weren’t, the system would still be unsustainable.

Liberals act as if the crisis facing us can be fixed if we take more from the “wealthy elderly” or give them less. And the topic even came up at the CNBC Republican debate in a Social Security debate.

Ron Paul had five kids. He had four brothers. That’s a stable generational expansion. Without that, there’s no one to pay for an older population that is living longer.

The crisis is born of demographics. It can’t be fixed by targeting the elderly because they haven’t been the problem in some time. It’s the same crisis being faced by countries as diverse as Russia and Japan. The difference is that Russia is autocratic and has little concern for its people while Japan shuns immigration and has a political system dominated by the elderly.

Bernie Sanders admires Europe. But Europe’s welfare state is imploding because of low birth rates. And so it adopted the American solution of expecting immigrants to make up the difference. But the immigrants have high rates of unemployment and low rates of productivity. Instead of funding the welfare state, they’re bankrupting it even faster.

The United States takes in a million immigrants a year, many of whom also take out more than they put in. In his 2013 State of the Union address, Barack Obama praised Desiline Victor, a 102-year-old Haitian woman who moved to the United States at the age of 79 and doesn’t speak English, but did spend hours waiting in line in Florida to vote for Obama.

Between 1990 and 2010, the number of immigrants over 65 doubled from 2.7 million to 5 million. 25 percent of these senior immigrants were over 80. Desiline Victor wasn’t an outlier. Elderly immigrants are also much more likely to become citizens, in part because the requirements for them are lower. Many, like Victor, don’t even have to learn English to be able to stand in line and vote.

15 percent of senior immigrants come from Mexico largely as a result of family unification programs. If amnesty for illegal aliens goes through, before long the country will be on the hook not just for twelve million illegal aliens, but also for their grandparents.

The welfare state has been spending more money with an unsustainable demographic imbalance. There are fewer working families supporting more elderly, immigrants and broken families. The Russians invest money into increasing the native birth rate. Instead we fund Planned Parenthood because liberal economic eugenics dictates that we should extract “full value” from working women as a tax base to subsidize the welfare state while discarding the next generation.

The “modern” system that we have adopted with its low birth rates, late marriages, working parents, high social spending and retirement benefits is at odds with itself. We can have low birth rates, deficit spending or Social Security; but there is no possible way that we can have all three. 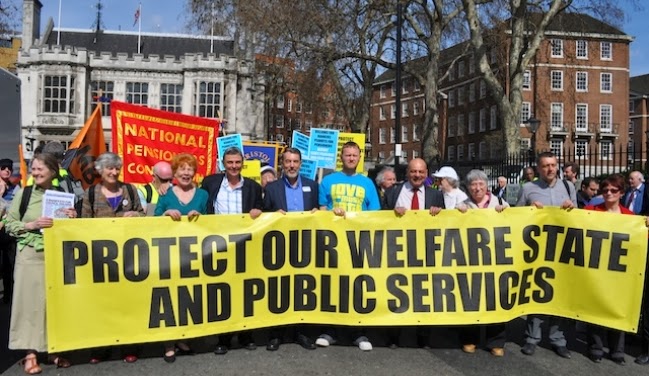 And yet we have all three.

Instead of forming a comprehensive picture, our approach is to tackle each problem as if were wholly separate from everything else. Working parents are applauded because they swell out the tax base in the short term. Young immigrants are applauded because they are supposed to swell out the lower part of the demographic imbalance. Manufacturing jobs are cast aside for modern jobs. The long term consequences of each step is ignored.

In the European model that we have adopted, men and women are supposed to spend their twenties being educated and their thirties having two children. These Johns and Julias will work in some appropriately “modern” field building apps, designing environmentally sustainable cribs for the few children being born or teaching new immigrants to speak enough English to vote. Then they plan to retire on money that doesn’t actually exist because they are still paying off their student loans.

The reality is that John and Julia begin their marriage with tens of thousands in debts, only one of them will work full time, while the other balances part time work, and they will do all this while being expected to support social services for new immigrants and a native working class displaced by the outsourcing of manufacturing jobs, not to mention the elderly and the entire bureaucracy that has grown around them. If John and Julia are lucky, they will find work in a technology field that is still growing, or, more likely they will pry their way into the social services bureaucracy which will keep on paying them and cover their benefits until the national bankruptcy finally arrives.

John and Julia are Obama voters. They have two children. They don’t worry about the future. The future to them seems to be a bright and modern thing overseen by experts and meticulously planned out in every detail. The only dark clouds on their horizon are the Republicans and the Great Unwashed in the Red States who are resisting the future by clinging to their guns and bibles.

In this post-work and post-poverty economy, those most likely to have children are also least likely to work or to be able to afford to have those children.

Birth rates for women on welfare are three times higher than for those who are not on welfare. Within a single year, the census survey found that unmarried women had twice as high a birth rate as married women. These demographics help perpetuate poverty and feed a welfare death spiral in which more money has to be spent on social services for a less productive tax base.

Children raised on welfare are far more likely to end up on welfare than the children of working families.

Fertility rates fall sharply above the $50,000 income line and with a graduate degree; that has ominous implications in a country whose socio-economic mobility rates continue to fall. There are a number of factors responsible, but one simple factor is that work ethics and skills are no longer being passed down to a growing percentage of the population.

Liberal activists still talk as if we can afford any level of social service expenditures if we raise taxes on the rich, but workers can’t be created by raising taxes. The issue isn’t “investing more in education” which is the liberal solution for everything including the imminent heat death of the universe.

Everything that the left has done, from breaking up the family to driving out manufacturing industries to promoting Third World immigration has made its own spending completely unsustainable. On a social level alone, we don’t have the people we need to pay the bills. And at the rate we are going, we will only run up more bills that our demographics and our culture can no longer cash.

By 2031, nearly a century after the Social Security Act, an estimated 75 million baby boomers will have retired. Aside from the demographic disparity in worker ages is a subtler disparity in worker productivity and independence as senior citizens are left chasing social spending dollars that are increasingly going to a younger population. ObamaCare with its Medicare Advantage cuts was a bellwether of the shift in health care spending from seniors to the welfare population.

14 million people are now on Disability. That means that there are more people on Disability than there were people in the country during the War of 1812. Half of those on Disability are claiming back problems or mental problems. There are over a million children on Disability and the program is packed with younger recipients who are substituting it for welfare. 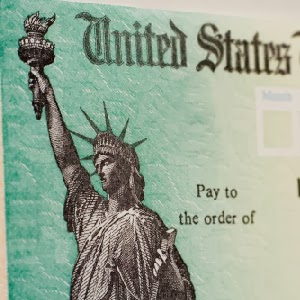 Increasing welfare is only a form of Death Panel economic triage that doesn’t compensate for the lack
of productive workers. It’s easy to model Obamerica as Detroit, a country with a huge indigent welfare population and a small wealthy tax base. The model doesn’t work in Detroit and it’s flailing in New York, California and every city and state where it’s been tried.

After a century of misery, the left still hasn’t learned that there is no substitute for the middle class. It’s not just running out of money, it’s running out of people.

The welfare state is bankrupt and doesn’t know it yet. Reality hasn’t caught up with the numbers. Instead the welfare state is floating on loans based on past productivity, old infrastructure and a diminishing productive population whose technological industries employ fewer people and don’t require their physical presence in the United States.

The welfare state has no future. It is only a question of what terms it will implode on and what will happen to the social welfare political infrastructure when it does. The violence in Venezuela and the slow death of Detroit give us insights into the coming collapse of the welfare state.

Dr. Sarah Condor, After Having Lived Under Socialism: The Fall of the Berlin Wall? Beware!