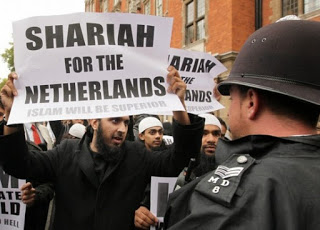 The same European values that require Sweden, a country of less than 10 million, to take in 180,000 Muslim migrants in one year also expects the new “Swedes” to celebrate tolerance, feminism and gay marriage. Instead European values have filled the cities of Europe with Shariah patrols, unemployed angry men waving ISIS flags and the occasional public act of terror.

But, as Central European countries are discovering, European values don’t have much to do with the preservation of viable functioning European states. Instead they are about the sort of static Socialism that Bernie Sanders admires from abroad. But even a Socialist welfare state requires people to work for a living. Maine’s generous welfare policies began collapsing once Somali Muslims swarmed in to take advantage of them. Denmark and the Dutch, among other of Bernie Sanders’ role models, have been sounding more like Reagan and less like Bernie Sanders or Elizabeth Warren.

Two years ago, the Dutch King declared that, “The classic welfare state of the second half of the 20th century in these areas in particular brought forth arrangements that are unsustainable in their current form.” That same year, the Danish Finance Minister called for the “modernization of the welfare state.”

But the problem isn’t one of modernization, it’s medievalization.

27% of Moroccans and 21% of Turks in the Netherlands are unemployed. It’s 27% in Denmark for Iraqis. And even when employed, their average income is well below the European average.

Europe invested in the values of its welfare state. The Muslim world invested in large families. Europe expects the Muslim world to bail out its shrinking birth rate by working and paying into the system so that its aging population can retire. The Muslim migrants however expect Europe to subsidize their large families with its welfare state while they deal some drugs and chop off some heads on the side.

Once again, European values are in conflict with European survival. 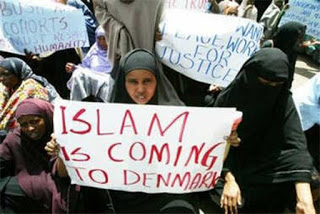 The European values that require Europe to commit suicide are about ideology, not language, culture or nationhood. But the incoming migrants don’t share that ideology. They have their own Islamic values.

Why should 23-year-old Mohammed work for four decades so that Hans or Fritz across the way can retire at 61 and lie on a beach in Mallorca? The idea that Mohammed would ever want to do such a thing out of love for Europe was a silly fantasy that European governments fed their worried citizens.

Mohammed doesn’t share European values. Nor are they likely to take hold of him no matter how often the aging teachers, who hope he gets a job and subsidizes their retirement, try to drill them into his head. Europeans expect Mohammed to become a Swede or a German as if he were some child they had adopted from an exotic country and raised as their own, and work to subsidize their European values.

The Muslim migrants are meant to be the retirement plan for an aging Europe. They’re supposed to keep its ramshackle collection of economic policies, its welfare states and social programs rolling along.

Mohammed is Fritz’s retirement plan. But Mohammed has a very different type of plan. Fritz is counting on Mohammed to work while he relaxes. Mohammed relaxes and expects Fritz to work. Fritz is not related to him and therefore Mohammed sees no reason why he should work to support him.

European social democracy reduces society to a giant insurance plan in which money is pooled together. But insurance is forbidden in Islam which considers it to be gambling. European social democracy expects him to bail it out, but to Mohammed, European values are a crime against Islam.
Mohammed’s Imam will tell him to work off the books because paying into the system is gambling. However taking money out of the system is just Jizya; the money non-Muslims are obligated to pay to Muslims. Under Islamic law, it’s better for Mohammed to sell drugs than to pay taxes. 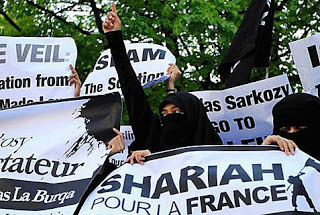 That’s why drug dealing and petty crime are such popular occupations for Salafis in Europe. It’s preferable to steal from infidels than to participate in the great gamble of the European welfare state.

Mohammed isn’t staking his future on the shaky pensions of European socialism. He invests in what social scientists call social capital. He plans his retirement by having a dozen kids. If this lifestyle is subsidized by infidel social services, so much the better. And when social services collapse, those of his kids who aren’t in prison or in ISIS will be there to look after him in his golden years.

As retirement plans go, it’s older and better than the European model.

Mohammed doesn’t worry much about the future. Even if he doesn’t make it past six kids, by the time he’s ready to retire the European country he’s living in will probably be an Islamic State. And he is confident that whatever its arrangements are, they will be better and more just than the infidel system.

Sweden will take in 180,000 migrants this year. Germany may take in 1.5 million. Most of them will be young men following the Mohammed retirement plan.

Europeans are being assured that the Mohammeds will balance out the demographic disparity of an aging population with too many retirees and too few younger workers. But instead the Mohammeds will put even more pressure on the younger workers who not only have to subsidize their elders, but millions of Mohammeds, their multiple brides and their fourteen child Islamic retirement plans.

Retirement ages will go further up and social services for the elderly will be cut. The welfare state will collapse, but it will have to be kept running because the alternative will be major social unrest.

Among the triggers of the Arab Spring were rising wheat prices and cuts to food subsidies. Prices went up and governments fell as street riots turned into civil wars. Imagine a Sweden where 50 percent of the young male population is Muslim, mostly unemployed, turning into Syria when the economy collapses and the bill comes due. Imagine European Muslim street riots where the gangs have heavy artillery and each ghetto Caliph has his own Imams and Fatwas to back up his claims.

Europe is slowly killing itself in the name of European values. It’s trying to protect its economic setup by bankrupting it. European values have become a suicide pact. Its politicians deliver speeches explaining why European values require mass Muslim migration that make as little sense as a lunatic’s suicide note. 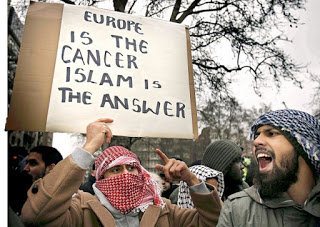 Islamic values are not compatible with European values. Not only free speech and religious freedom, but even the European welfare state is un-Islamic. Muslims have a high birth rate because their approach to the future is fundamentally different than the European one. Europeans have chosen to have few children and many government agencies to take care of them. Muslims choose to have many children and few government agencies. The European values so admired by American leftists have no future.

Europe is drinking rat poison to cure a cold. Instead of changing its values, it’s trying to maintain them by killing itself. The Mohammed retirement plan won’t save European Socialism. It will bury it.

Ignore the Data Collection on Your Child, Nothing To See Here...

PolitiChicks Exclusive: Geert Wilders on Islamic Terrorism in EU & US