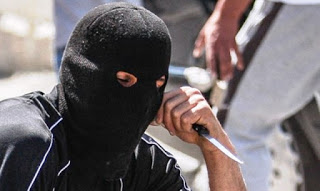 Before the Muslim terror stabbing spree, Netanyahu had made repeated efforts to meet with the leader of the PLO. And for once, Abbas, the PLO leader, had not been averse to a meeting.

Instead it was Secretary of State John Kerry who told Abbas not to meet with Netanyahu.

Abbas went to the UN and disavowed the Oslo Accords. The first Muslim stabbings of Jews, with the encouragement of the PLO, began a few days later.

It is unlikely that Kerry had directly told Abbas to escalate the violence, but he had sent him the same effective message by coordinating with the PLO boss at the expense of Netanyahu. The top terrorist came away with the understanding that the administration favored him and was hostile to Netanyahu.

And he was right.

So Abbas decided to see what another outburst of violence would net him.

It wasn’t the first time that Obama and Kerry had unleashed Abbas’ worst impulses.

Obama’s splashy trip to Israel didn’t lead to peace, but it did make the PLO’s Palestinian Authority more dictatorial and corrupt. The closest thing to an accomplishment that the Bush administration’s own failed efforts had to show for them was the appointment of Salam Fayyad as Prime Minister of the PA.

While Fayyad had nothing to contribute to the peace process, and the Palestinian Authority remained a corrupt coven of terrorists subsidized by foreign aid, there were some improvements when it came to financial transparency. Most importantly, Fayyad provided a check on Abbas in an organization which had otherwise abandoned elections and made the PLO boss into a dictator for life.

In 2013, Obama finally followed the advice of his Jewish leftist allies to visit Israel and “make the case for peace” to the Israeli people. This he did to a handpicked younger audience, while snubbing the usual Knesset speech in Israel’s parliament that Bush, Clinton and even Carter had delivered.

“I genuinely believe that you do have a true partner in President Abbas and Prime Minister Fayyad. I believe that,” Obama told his Israeli audience.

Earlier, Abbas had told a Russian interviewer, “As far as I am concerned, there is no difference between our policies and those of Hamas. So why are they labeled as terrorists?” It was a good question, but not one that Obama was in the mood to address.

Despite Obama’s vote of confidence in Fayyad, it was his visit with its free pass to Abbas that would finish Fayyad’s career. Fayyad’s rise had been a response to growing skepticism by the Bush administration and Congress of Abbas’ mismanagement of the Palestinian Authority.

When Obama arrived, Abbas had already been trying to force out Fayyad. The visit, with the trappings of one president visiting another, sent the message that Abbas didn’t have to worry about democracy. US diplomats scrambled to persuade Abbas to keep Fayyad on, but the damage had been done. Soon Fayyad was gone, leaving Abbas with the Palestinian Authority as his private fiefdom.

Fayyad’s departure fed Abbas’ hubris. There were no more elections and no independent prime minister to get in his way. So Kerry’s attempt at a peace process was met with a crazy demand by the PLO boss that Israel release hundreds of terrorists as a precondition to any negotiations.

Instead of giving Abbas a reality check that Israel shouldn’t have to release dangerous terrorists just for the privilege of sitting at a table with him, Obama and Kerry once again backed up Abbas. While Netanyahu’s expectation that Abbas should recognize Israel as a Jewish state, according to Kerry was “not going to happen in the beginning”, the release of murderous Muslim terrorists would.

Most of the terrorists were freed, but Abbas just escalated his demands and then made a big push at the UN. Negotiations collapsed, but instead of blaming Abbas, Kerry blamed Israel. “Israel didn’t release the Palestinian prisoners on the day they were supposed to be freed, and another day passed, and another day,” he grumbled to the Senate Foreign Relations Committee.

The worse Abbas behaved, the more Obama and Kerry backed him up.

Even when Jews were being butchered in the streets of Jerusalem, while Abbas’ henchmen and propagandists cheered on the killers, Kerry once again blamed Israel claiming that the violence was caused by Muslim “frustration” due to an imaginary “massive increase in settlements.”

(Settlements being places in Israel where Jews live, as opposed to where Muslims live, which are never damned as settlements even when the land is illegally acquired and when houses are built on land that the Jewish population had been ethnically cleansed from.)

Kerry was once again sending the message that Abbas and the PLO could do no wrong.

The recent roots of this violence can be found in how Obama and Kerry chose to feed Abbas’ hubris.

Abbas has learned that he can do just about anything and his pals in Washington D.C. will blame Israeli settlements or the manic depressive frustration and desperation of terrorists instead of the PLO leader.

Those zero expectations have translated into an unapologetic dictatorship subsidized by US taxpayers, an international diplomatic campaign whose only real purpose is the self-glorification of that dictator and a campaign of violence and terror so that the dictator can feel like a player on the world stage.

Not only did Obama and Kerry fail to do the right thing, but at every turn they managed to make things worse. Their determination to blame everything on Israel told Abbas that he could do anything. Even when Abbas might have actually met with Netanyahu, Kerry insisted on sabotaging the meeting.

None of this was an accident. There was a lot more at stake here than another failed peace deal.

Obama views Netanyahu as a political enemy and stirring up violence in Israel is one way of hurting him.

It’s no coincidence that the peace push followed Netanyahu’s Iran speech at the UN and growing worries by Obama’s people that Israel would carry out its own strike against Iran’s nuclear program.

While the PLO peace circus was in town, negotiations with Iran were moving forward and being kept secret from Israel. Forcing Israel to negotiate with the PLO terrorists was meant to distract it from the other negotiations with the Iranian terrorists that the Jewish State wasn’t supposed to know about.

And making those negotiations as difficult and disastrous as possible was one way of diverting a good deal of Israel’s diplomatic and intelligence capabilities to coping with a growing threat at home.

Obama and Kerry may not have understood that their gambit would end in violence, that an arrogant Abbas would escalate the conflict with a new wave of terror that would lead to Jewish men, women and children being murdered by Muslim terrorists emboldened by Abbas’s martyrdom rhetoric.

It’s more likely though that they just didn’t care.

Giving Israel a domestic security crisis to deal with it is one more way of preventing a last ditch effort to take out Iran’s nuclear program. Whether or not Obama and Kerry had that particular outcome in mind, it clearly benefits their agenda and they have shown no sign of cracking down on Abbas’ incitement. 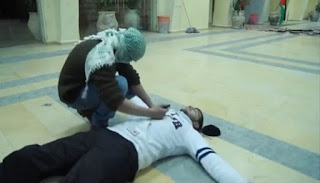 Obama and Kerry want Netanyahu out. They want to see a more pliable government in Israel. Their efforts at influencing an Israeli election failed. But it did incrementally yield a weaker and less conservative government coalition. Abbas’ combination of diplomatic and terrorist attacks also yields incremental results by denying Netanyahu the breathing room to make considered decisions.

The White House may not be directing Abbas’ violence, but it benefits from it and it is unwilling to shut it down because even if it doesn’t bring down Netanyahu, it will weaken him and limit his options.

Obama could quickly send the signal to Abbas that the free ride is over. He could call for Palestinian elections, political reforms and use foreign aid to force an end to the PLO’s promotion of terrorism.

None of that is happening. Nor will it. Instead Kerry is taking great pains to avoid saying anything that could be characterized as singling out Abbas for blame. And that is a covert message of approval.

Why the Word 'Illegal' is Becoming Illegal