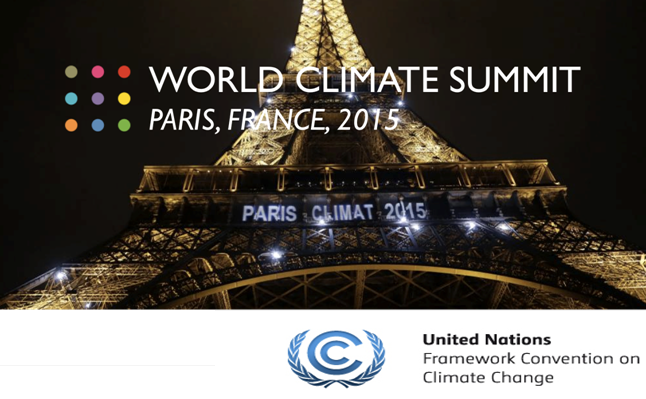 Let’s review a brief history of the climate change, or sustainable development, agenda. The United Nations Environment Programme (UNEP) United Nations Conference on Environment and Development (UNCED) was held on June 14, 1992 in Rio de Janeiro, Brazil. At this conference, referred to as the Rio Earth Summit, the participants crafted a blueprint for the world, commonly known as Agenda 21. In its preamble, Agenda 21, Chapter 1 states “Humanity stands at a defining moment in history. We are confronted with a perpetuation of disparities between and within nations, a worsening of poverty, hunger, ill health and illiteracy, and the continuing deterioration of the ecosystems on which we depend for our well-being. However, integration of environment and development concerns and greater attention to them will lead to the fulfilment of basic needs, improved living standards for all, better protected and managed ecosystems and a safer, more prosperous future. No nation can achieve this on its own; but together we can – in a global partnership for sustainable development.”

“Effective execution of Agenda 21 will require a profound reorientation of all human society, unlike anything the world has ever experienced –a major shift in the priorities of both governments and individuals and an unprecedented redeployment of human and financial resources. This shift will demand that a concern for the environmental consequences of every human action be integrated into individual and collective decision-making at every level.”– signed by G.H. Bush, 1992

Despite pressure from the United Nations partners, U.S. delegates did not sign on to the convention.

On June 29, 1993 President Clinton (1993 – 2001) issued Executive Order 12852 establishing the President’s Council on Sustainable Development as a result of the Rio Earth Summit in an effort to cooperate and implement the goals of Agenda 21.

During George W. Bush’s two terms as President (2001 – 2009) he continued furthering the goals of this UN agenda following his father’s lead.

Our current administration repeatedly asserts that climate change is the biggest threat we face today, despite the ever increasing violence of radical Islamic terrorists across the world.

Why is all of this important? Our government, whether we have a Democrat or Republican in the White House, has committed to the implementation of Agenda 21, or Sustainable Development, while our representatives in Congress never ratified the treaty.

When Congress failed to pass a cap and trade bill, on May 14, 2010 the EPA unveiled their rules to regulate greenhouse gas emissions from the largest industrial facilities with a phased in approach that began on January 1, 2011. As a result we are hearing about the many coal plants being forced to shut down in the next few years because they cannot meet these emissions reduction numbers and retrofitting their plants is too expensive. President Obama announced new CAFÉ standards for automobiles that will require them to achieve 36.5 miles to the gallon by 2016 and 54.5 miles per gallon by the year 2025. The talking points are that this will help us achieve energy security and reduce our use of foreign oil. But the truth is that the United States has committed to the United Nations and its partners to reduce carbon dioxide emissions and these CAFÉ standards will have to be met in order to achieve this goal.

With the failure of cap and trade, then Senator (D-MA) and current Secretary of State John Kerry said: “The Obama administration has again reminded Washington that if Congress won’t legislate, the EPA will regulate. Those who have spent years stalling need to understand: killing a Senate bill is no longer success.   And if Congress won’t legislate a solution, the EPA will regulate one, and it will come without the help to America’s business and consumers contained in the American Power Act.”   It is apparent from his statement back then, and the regulations coming out of the EPA since then, of this administration’s intentions of pursuing this agenda.

In April of 2010 Jon Stewart of The Daily Show interviewed Lisa P. Jackson, then Administrator of the Environmental Protection Agency (EPA). During their discussion she stated that they were “waiting for the price of carbon to be established so that we could meet our obligations to the country and the entire world.” At the time I did not understand what she was talking about, but it is apparent now what she meant: The United States made commitments to the global community that it would implement emissions reductions, and even though our country never ratified this treaty our government has been complicit in advancing Agenda 21 in this global scheme.