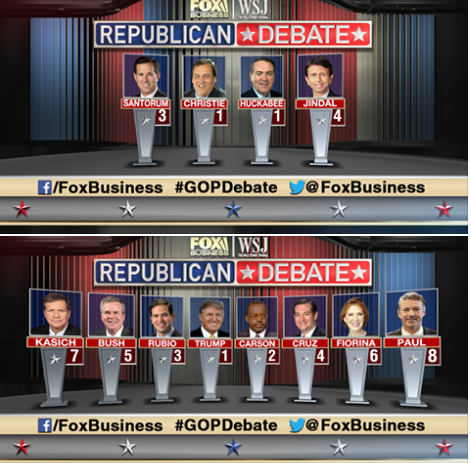 Candidates on the main stage, prime-time (9 p.m. Eastern) debate will be:

The candidates who made the earlier 7 p.m. Eastern debate:

The candidates head into the next debate at a time when Trump and Carson are battling for the lead in most polls.

The next tier in that poll included just two candidates: Cruz and Rubio, with 11 percent each.

Why We Need a Strong, ASSERTIVE Leader to Save the U.S.