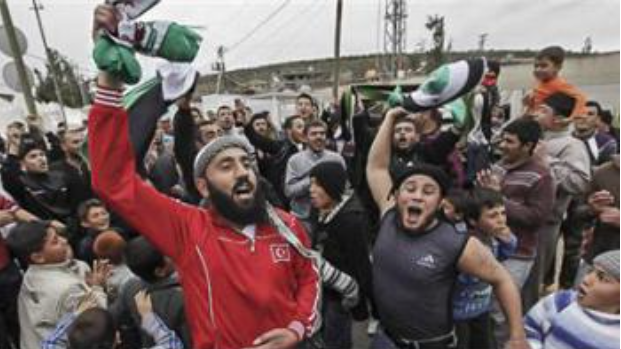 Don’t fall for the bleeding heart stories of “poor women and children” trying to find refuge in the U.S.  Judging by what we’re seeing throughout the world, the so-called refugees are not looking to assimilate, to embrace our culture, to love the land of the free. They are coming here to build their caliphate.  We’ve already experienced too many jihadist attacks here in the U.S:  September 11, 2001; the Boston Marathon; Ft. Hood; Chattanooga, TN; Little Rock Arkansas Military Base; Garland TX, and the list goes on. France is paying the price for their open arms and generosity as the terror continues.

Here is a list of events that have happened just over the last few days:

On 9/11/2001, Palestinians were singing, dancing, throwing candy in the streets celebrating–and they’ve done it every year since.

Many proclaim that CAIR and other Islamic Organizations “denounce” Islamic terrorist attacks, but please check again. It is fact many of these Islamic Organizations are linked to terror groups such as Hamas and were unindicted conspirators in the Holy Land Foundation Trial. (Read the Muslim Brotherhood’s ‘One Hundred Year Plan.’)

The latest figures I’ve seen about Syrian refugees admitted into the U.S. since 2011:

So to you bleeding hearts with so much concern about possible refugees, why are you not speaking out about the conditions our Military are working in? Why are you not marching on D.C. about Obama’s Rules Of Engagement and failed strategies that have gotten and are still getting many of our Military injured and killed? Where are your posts about our Veterans who are dying waiting on appointments at the VA and being refused medical attention who of all people have earned it.

The first duty of the President of the United States is to protect American citizens. We have already made a devastating mistake by not closing our borders so let’s not believe the lie that we have a stringent vetting program in effect for the Syrian “refugees”.  We are in danger every single day of a similar or more destructive attack that happened in France. The jihadi’s are everywhere and don’t kid yourself–they will have no mercy on you.

Your wall of degrees means nothing if you are lacking in common sense and the ability to do credible research. Those who are so vocal in support of the refugees, have you offered to take some of them into your own home?

Indeed, being a Christian does not mean compassion overrules common sense.