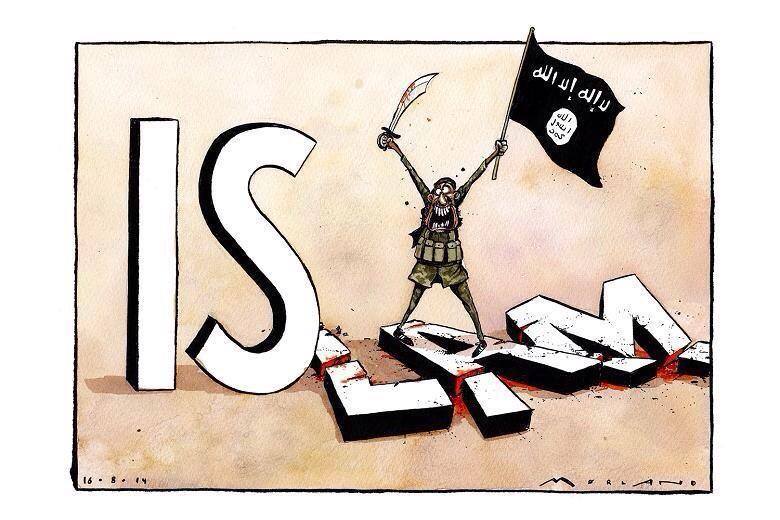 So we call them “masterminds…” This weekend, CNN recapped two terrorist attacks which preceded Paris but were in all respects eerily similar: the Kenya Westgate Mall attack in 2013 and the twelve coordinated terror attacks in Mumbai in November 2008. Terrorists shot indiscriminately, went from a restaurant to the main railway station, machine-gunning everybody they liked. A witness survivor described them “like children with guns, deciding whom to kill.” One of the terrorists survived and was subsequently questioned: “Did you feel no remorse?” He said, “Yes, but the man said ‘if you want to be a big man, like me, you have to do it’ – and he did it, so I did it too.”

“Masterminds?” Thanks to the Indian Secret Service, we could actually hear the conversations that the terrorists had on the phone. 35 SIM cards had been sold to terrorists and 3 of them were activated during the attack. The conversation between the two “masterminds” was as follows:

“Comrade, kill the hostages. You never know when the police will attack. Kill them now!”

“Do it now. I want to hear you do it.” (Extended conversation, more delay: Comrade Inferior was making excuses why the killing of the hostages should be postponed. Eventually:)

“God is with you! Allah is great!”

“Remember, for your mission to succeed, you must die!”

“Leave the phone on and go and attack. I am watching it on TV. They are on the roof now. Go and attack. Do not let them take you alive!”

The term Comrade Superior is a very apt translation of the term the Terrorists used. This Comrade Superior called the other by name, the way a school principal or class head teacher would call upon a child reading his homework. A master-servant relationship was apparent throughout the entire communication. The terrorist “on the scene” was acting as if hypnotized, a real servant-mind. What is more, there is a deeply Freudian subtext underlying this communication, which is likewise disconcerting, in particular in view of what we have heard about how common it is in this “society” that small boys are regularly raped by grown-up ISIS members…

We speak of their “sophistication” in operating on underground computer networks and coordinating attacks as if they were Silicon Valley wizards. Whatever they do have, in terms of logistics and functional ideas, they have stolen from Western Civilization. Their mental development is that of a 10-year-old child playing a computer game and arranging a “party” with his friends via cell phone.

Indeed, how much “sophistication” does it take to take a gun from someone who virtually forces it upon you and then go and pull a trigger, thinking: “I am God! I can kill anyone I choose!”? I wonder what is worse: Obeying orders because you are “hypnotized” and psychologically abused; or because you “have to” and there is no way out; or because you like it…? After all, the Nazi war criminals in Nurnberg also professed to have “only obeyed orders…”

A brave German journalist who spent significant time inside the State of ISIS recently described it on CNN as a “real state” with their own police, system of administration, even schools, where children are indoctrinated into their version of Islam and taught how to fight and kill. This “state” was begun by Al Baghdadi with ex-Saddam troops and Suni renegades inside the Buka prison in Iraq. Merely stating that Al Qaida was suppressed at the end of President Bush’s second term is misleading because the indoctrination, initiation, instigation and expansion of radical Islamic ideology had never been greater. The one had been suppressed militarily but it was reborn into the other.

Communist societies were based on this indirectly: the value of the individual was “equalized” to the point at which only the Party Law and Party Word (Party Committee’s word led by the Dictator-Populist) mattered. People were told they were incapable of free thinking because the Party knew better and would take care of them. The situation within ISIS is eerily similar to that of a totalitarian state – only so much worse for the fact that children are taught how to kill and hate.

Rights? The only right you have is to die for Allah. What ISIS “provides” under the cloak of power and security is the illusion of greatness, the delusion of grandeur, the dream of a super-human being somewhere in the Beyond, with “full breasted maidens, grapes and wine.” It appalls me that Muslims everywhere are not up in arms about the fact that the gang of 8-9 terrorists who perpetrated the recent Paris attacks had plotted their killing spree in a Belgian pub, were not even religious (breached all prohibitions Quran postulates on alcohol and drugs), were registered petty criminals with long records for theft and robbery, and the girl who was thought to have blown herself up had “converted to Islam” three months ago and likewise had a long rap sheet for drug trafficking and other crimes!

We can bomb the hell out of them – we will always win over evil and hatred – but if Muslims themselves do not step up to the plate, their religion will be destroyed. Religion of Peace? That is pure political correctness, propaganda of Obama’s administration. Buddhism, Hinduism, Judaism and Christianity are all more peaceful than Islam, which is fundamentally a violent religion. It does not have to be – it is because that is how the modern-day imams interpret it and preach it in a vicious proselytizing way to their “sheep.” Instead, pursuant to Quran, they should teach: piety, humility, honor, equality, brotherhood, morality and respect for elders, and even peace.

RADICAL ISLAMISTS’ notion of Allah creates the ideal of super-human power to which everyone can connect and become a part of – as soon as they accomplish their suicide mission. Imagine Nietzsche on a cocktail of steroids rewriting Zarathustra. When I see those crowds blindly yelling “Allah Akbar!” I recall Hitler rallies and their “Sieg Heil!” I also recall the communist rallies I experienced in my own childhood – same thing.

These Jihad “warriors” may appear like children playing with guns but the results are much too real. What does ISIS give them? A reporter on CNN said,“None of them ever held a job, power, a girl’s hand… ISIS offers them all that.” They get a wife, the gun gives them power – and their job is to kill. What a power it is!

Rostand would probably suggest dropping a couple of nukes at their center positions, as there are hardly any good people left there now. It makes little difference how you bomb them though, as long as the MYTH OF JIHAD is perpetuated. This is achieved by their propaganda. ISIS propaganda shorts are psychologically sophisticated in that they mix violence with power and faces of smiling, welcoming “comrades.” All is underscored by powerful melodramatic music, which reminds me of Communist gatherings: it is the music of the mass, injecting the mass with superhuman powers. In between, you will notice an occasional warm handshake, pat on the shoulder, wink of camaraderie and friendship – apparent “love” their “recruits” are longing for. Killing is merely a means to the end. The end, paradoxically, is altogether humane.

However, this humane end defeats itself and ends in ultimate tragedy – death! Every totalitarian state leads its individual citizens to destruction: some do so under the guise of equality and better life for everybody, others under the pretense of Paradise in the Beyond. Belief in something higher, something bigger, something beyond me is what guides and motivates many of us. Belief is positive. It does not need a cause or reason. Once a reason is projected into belief, this reason may be manipulated by someone who does not believe but only wants to manipulate, rule, aggrandize and empower himself.

The Sabotage of Dr. Ben Carson