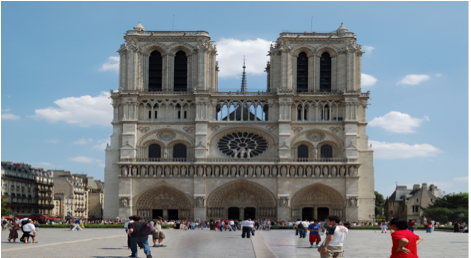 Notre Dame has replaced Physical Education class with a mandatory ‘Cultural Competency’ class for all freshmen. Apparently, students just aren’t getting enough “political correctness” education as it is.

According to National Review:

“The University of Notre Dame has replaced its mandatory physical education course with a mandatory “cultural competency,” inclusiveness,” and “human sexualilty” class. The change began this semester. The new course is called the “Moreau First Year Experience” and campus officials state it is supposed to “foster a spirit of inclusiveness on campus” and help students “develop a deeper understanding of the complex interactions of gender, sexual orientation, class, ethnicity, and race,” according to campus officials as reported by the College Fix. According to the school’s independent newspaper, the Irish Rover, many students aren’t so happy about having to take the class.”

“It’s only supposed to be an hour a week of homework, but really it’s a lot more than that because you have to read a lot, watch videos, and write thoughtful responses.”

The course consists of two semester-long one-credit classes for a grade. The P.E. class had been pass-fail.

The Fake Falling Deficit and the Phony Unemployment Drop

Morgan Brittany: Observations From Behind Enemy Lines (at the Democrat Debate)