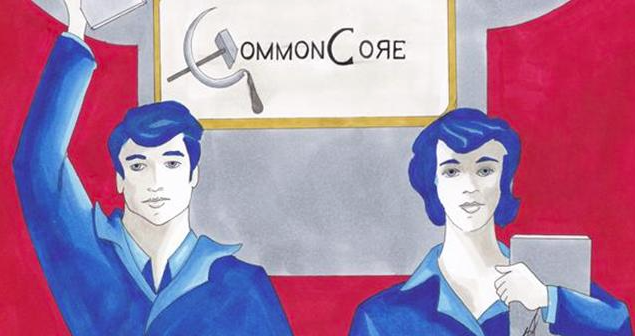 I’m sure we can argue that the U.S. Government has been giving We The People an inappropriate gesture for quite some time now, but the latest and most obvious rude signal came directly from President Barack Hussein Obama in the form of naming John B. King (of NY fame) as the next acting Secretary of Education.  Obama knew that getting King through confirmation to become the next official Secretary of Education was about as likely as a snowball’s chance in hell, so he by-stepped that by making him the “acting” SOE.

Several years ago the Common Core fight really warmed up when New York released the scores from standardized tests that revealed the fact that only 30% of New York’s children were competent enough to pass the crazy tests.

John King, then Commissioner of Education for NY, held firm in his conviction to continue to push the visions of Obama and Arne Duncan (then U.S. Secretary of Education) of Common Core uniformity.  Public meetings were held around the state with King answering questions and concerns, and quite frankly, getting his rear-end handed to him by the parents of New York. And, trust me, if you ever saw his answers and lack of empathy for the parents, you would agree that he needed his rear handed to him. And who better than a bunch of angry New Yorkers to do so?

I could never figure out why he didn’t resign. If I took a public beating the way he did and was one of the most hated faces in education in NY I would probably ditch the job and hide in a bunker for a while.

But King has shown his loyalty to the Obama regime and his controversial education reform. He never backed down, other than cancelling a couple of the meetings he had planned around the state after his public shaming.  He has said his intention is to continue to push the radical agenda set forth by predecessor Arne Duncan under the command of Barack Obama.

One interesting anecdote about King would be his co-founding a charter school in 1999 where the discipline and “no excuses” (behavioral program) were paramount along with raising test scores.

A critic of King’s, Pedro Noguera, an urban education expert who directs the Metropolitan Center at New York University, recalled a visit to Roxbury Prep:

“I walked through that school and saw kids walking in silence, having lunch in silence.  I told John I’d never seen middle-class white children treated that way. And he said, ‘This is the model that works for our kids.’ I asked him, ‘Are you preparing these kids to be leaders, or followers? Because leaders get to walk and talk in the hallways.’”

In my estimation this is exactly what King, Obama, and the radical agenda wants. Followers.

King, himself, is a follower. No matter the blow-back, he is loyal to his boss. Being loyal has gotten him the position he has now. 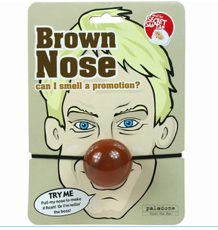 I hope he gets one of these at the office Christmas party.