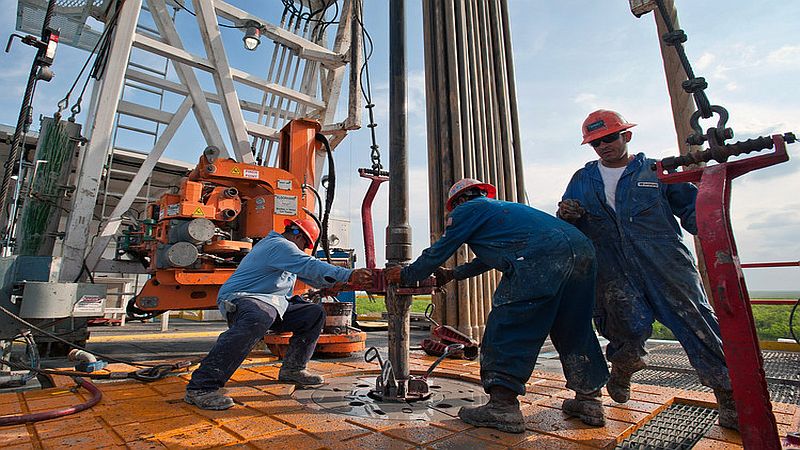 You wouldn’t do business with someone who wanted to hurt you or your family. It’s just common sense. Business deals are undertaken because each side hopes and expects to benefit from them, so right away you’ve got to wonder why someone who wishes you ill would be voluntarily engaging in an activity that would ostensibly help you. But even if it did, even if you saw profit from the deal, what then? Profit today could lead to dependence tomorrow, and who in their right mind wants to become dependent on someone who would enjoy seeing them dead?

So why is it that the U.S. government seems to have missed this common sense memo? The United States does business every day with hostile nations in the Middle East, countries whose leaders have denounced us publicly and believe – often for rigid, religious reasons – that we are evil. Worse yet, this business is for no mere luxury items; it is for oil, the lifeblood of our economy. Without it, we have no fuels, which leads to a crippling of our national infrastructure as needed goods can no longer be transported to where they have to be. And the business we do with the unfriendly Middle Eastern powers has indeed brought up dependence; we need their oil, and they could cut us off at any time, dealing us a potentially lethal economic blow.

But, at least, surely this is unavoidable. We are only doing business with people who despise us because we have no choice. They have oil, and we don’t – and since we desperately need oil, what alternative is there for us but to trade?

This, too, would be common sense, but unfortunately it is wrong. We have, in fact, plenty of oil. The fields of Texas and North Dakota, as well as the waters of the Gulf of Mexico, are already modestly drilled for the precious resource, with vast supplies waiting beneath Alaska that are largely untapped. There is enough oil within the borders of the United States for this country to not only feed its own demand, but to potentially even become a serious energy exporter. There is no reason, none at all, that we must be at the mercy of hostile foreign governments for our fuel. So what went wrong?

In a word: Government. Oil extraction firms in the United States labor under onerous federal regulations insisted upon by radical environmentalist groups who seem not to care about national security. There are restrictions on practices and requirements for ecological protection (most of which are excessive and unnecessary) that all serve to raise the cost of producing oil at home. That means American product is not competitive with that of Middle Eastern nations, who are more sensible in their operations. Our companies can’t compete, because the government won’t let them.

And as if all of this weren’t bad enough, now government wants to make it worse. The Obama administration has proposed brand new regulations that would even further curtail the oil industry, seeking to impose limits on their emissions of methane gas over fears of that substance’s potential to contribute to global warming. The new restrictions would hit the production of natural gas, as well, an alternative energy source which President Obama once championed but from which he has been seen to back away of late as it has lost its favor with environmentalist groups.

What is infuriating is that these new measures are complete unnecessary, evidencing a bloated government bureaucracy looking for ways to flex its own muscle and a late-term president desperate to secure a legacy as a strong environmental proponent. In reality, the oil and gas industries are aware of environmental concerns and take them very seriously, and have already instituted voluntary measures to address pollution worries.

“The oil and gas industry is leading the charge in reducing methane,” said American Petroleum Institute CEO Jack Gerard, as reported on fuelfix.com. “The last thing we need is more duplicative and costly regulation that could increase the cost of energy for Americans.”

In other words, the industry itself is stumped by these aggressive government measures. It doesn’t understand why the government is doing this, especially since we can’t afford it. Right now, we are critically dependent on hostile foreign nations for the oil that keeps our economy flowing, and these bizarre regulations are the reason we cannot break that dependence. It is unconscionable that the nation’s leaders would ignore an opportunity to strengthen American self-reliance and stop trading with countries that hate us.