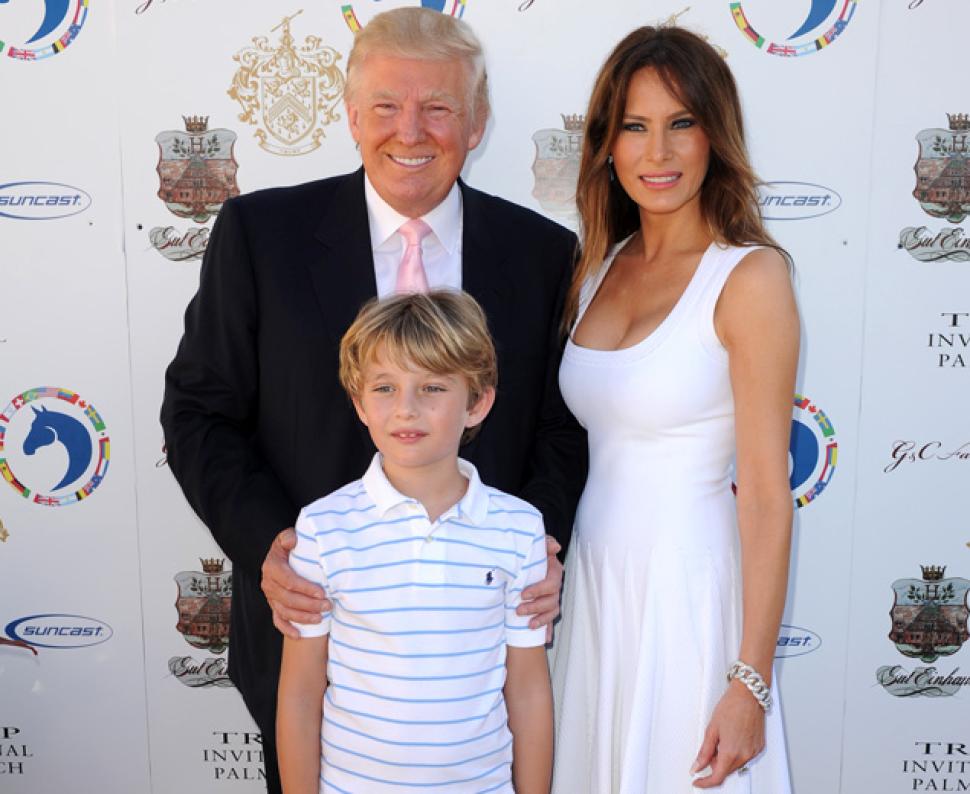 Color me peeved once again at the New York Times.

There is a big difference between common typos and incoherent sentences due to our cut and paste blog culture and the malevolent, shoddy and arrogant reporting found in the newspaper once nicknamed The Gray Lady. Hard to believe now, she was once regarded within the industry as a national “newspaper of record” denoting the highest standard of journalism.

Like most Conservatives, I can be fiercely loyal to a political candidate. To be clear, I can be loyal without being blind to his or her shortcomings as well as suffering disappointments with his or her various proposals of potential policies. For the record – I just want the next president to get us off the cliff – ASAP. I can live with almost anything else for the next four to eight years. That said, I am personally supporting Donald J. Trump. The why is not the focus of this opinion article. But the hit piece done by the NYT on Donald’s wife is.

On September 30, 2015, in the Fashion and Style section, the NYT ran an article titled, Melania Trump, the Silent Partner. Shannon Donnelly, the society editor, had to issue six retractions. SIX.

While this speaks to the ability and standards of the author and what is most likely an underpaid, overworked editor of a prominent print publication, it is the lesser point of my criticism.

The author’s not so subtle catty innuendos and malicious digs are what have annoyed me far more.

For instance, the author writes,

“The woman on the rug is Melania Knauss, a Slovene model, who at 29 is almost a quarter-century younger than her billionaire future husband. The rug is a prop in an Oval Office set mocked up in a Manhattan photo studio. Spread across two pages of the now defunct Talk magazine, Mr. Trump is seen in an inset close up; telescope back from the picture and what you’d see is Mr. Trump seated behind the presidential desk and at his feet his future wife, a woman striking in her beauty and docility.”

When Republican pollster Frank Luntz was asked for comment about Melania’s absence from the campaign trail, he replies, “One reason is that Republicans take a traditional view of marriage, and she is not a traditional spouse.”

Melania is a “stay at home mom” who is hands-on raising her son while her husband campaigns, taking Barron to and from private school daily. In her free time she runs her business and is involved with charities. Yet, she is not considered a “traditional spouse?” When was the last time Mr. Luntz interviewed “traditional Republican wives” I wonder?

The author then attempts to validate his opinion, referring to it as, “The truth… being that Melania is ‘docile’ (passive, submissive, quiet, unassuming) because Ivanka was chosen to introduce her father rather than his wife?” He continues “that some have already begun referring to Ivanka as his unofficial campaign spouse.” Who are the “some”? And, so what? I’m not voting for the candidate’s wife. . . or his daughter.

The author slips in a mention of Melanie’s “studies” when speaking of her start in the her career, but fails to mention Melania’s degree in design and architecture from the University in Slovenia, (or that she speaks five languages).  Instead he notes that after her test shots by a photographer she was signed by a Milan modeling agency that began her successful career as a “mannequin”. He added, “Though never in any sense a top model, during the years before she met Mr. Trump. . .Ms. Knauss was nevertheless photographed for ad campaigns and magazine pictorials, shot by prominent fashion photographers like Patrick Demarchelier and Mario Testino, and she appeared in the Sports Illustrated swimsuit issue and on the cover of Harper’s Bazaar.”

Here’s a clue for the author, these top tier photographers and publishers create and use top tier models. If they chose her, she was being elevated.

Other top tier fashion industry photographers who shot the gorgeous Melania include Helmut Newton, Arthur Elgort, Ellen Von Unwerth, Peter Arnell and Antoine Verglas. In addition to the NYT author’s casual mention of Harper’s Bizarre and Sports Illustrated swimsuit issue, Melania moreover appeared on the covers of Vogue, British GQ, Ocean Drive, Avenue, In Style, and New York Magazine. She also had major layouts in the Allure, Glamour, Vanity Fair, Vogue, Self, and Elle. Was the author insinuating that Donald J. Trump was the reason she landed these assignments? This, from a NYT fashion writer?

Of course the author included in this tabloid pseudo profile of Melania her infamous layout of 2000 posing naked on a white fur rug inside a private jet for British GQ.

In 1897, Adolph S. Ochs, the owner of The New York Times, crafted the now famous slogan for his paper, “All the News That’s Fit to Print.” It still appears on the masthead of the newspaper. Ironically, he wrote the slogan as a “declaration of the newspaper’s intention to report the news impartially.”

This must have been the tabloid edition.

Culture of Disrespect and Murder