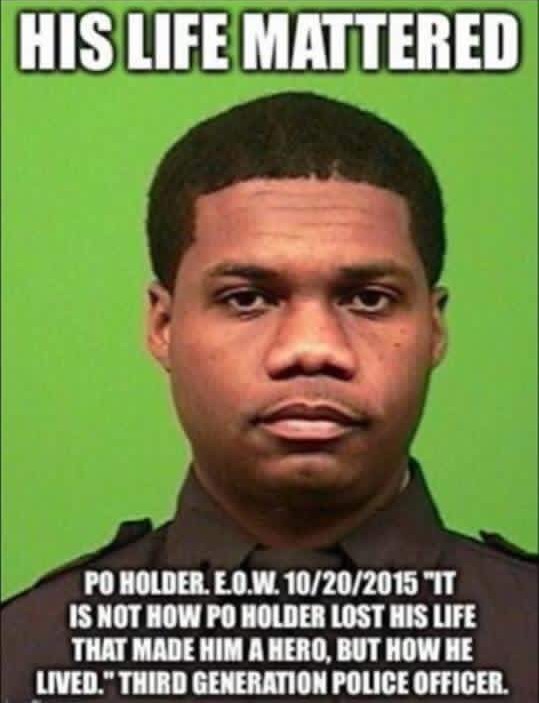 Tuesday night, NYPD officer Randolph Holder was killed in the line of duty in the mean streets of Harlem, New York.

Officer Holder, assigned to Housing Unit 5, was a five year veteran of the force. Police Commissioner Bratton held a press conference after it was announced Officer Holder had passed away in Harlem Hospital.

According to Bratton,  Holder had responded to a call of  a two gang shootout at 102nd Street at 9pm. When officers arrived at the scene, the two gangs split off with the suspect robbing a bicycle, leaving cops to chase the suspect down the FDR Drive footbridge. From there the suspect began to shoot at the pursuing police, with one of the bullets striking Holder in the forehead. Officer Holder’s partner returned fire and shot the perp in the leg and buttocks.

Officer Holder passed away an hour later from his wounds.

“Tonight, Officer Holder did what ever other officer in the NYPD does,” Bratton said. “When the call comes, he ran toward danger. That’s the last time Holder will respond to that call.”

The apprehended suspect was identified as 30 year old Tyrone Howard, a career criminal with 25 prior arrests for drugs and assault. New York City Mayor Bill de Blasio described the suspect as a “violent criminal who shouldn’t have been on the streets of NYC.”

The gangbanger perp was able to escape drug time for a recent drug bust due to a Democrat Supreme Court judge offering rehab after throwing away the evidence, due to the defense’s claims of NYPD racially profiling the suspects. No word on the charges of the suspect yet. 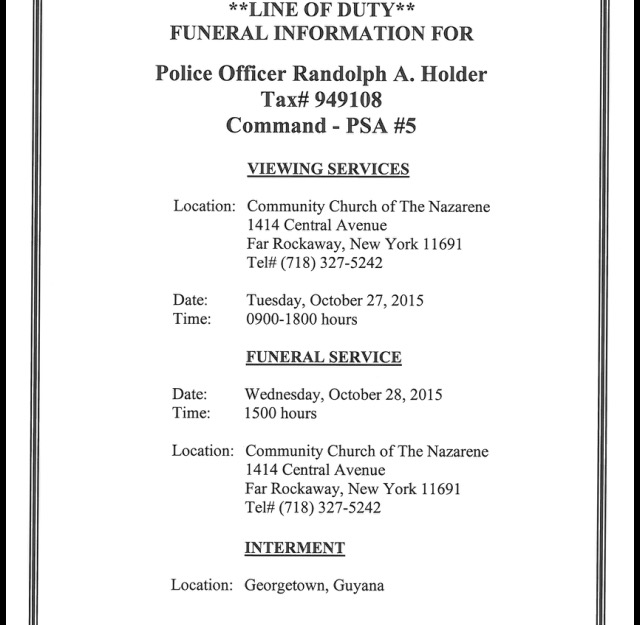 Holder, an immigrant from Guyana, is the 4th NYPD officer killed in the line of duty in just ten short months. Around the United States, over 101 officers have been killed this year in the line of duty with 33 deaths caused by gunfire, according to Officers Down Memorial Page.

Wake and funeral will be held next week in Rockaway, Queens.

Rest in peace, beautiful hero. Your honor and sacrifice will not be forgotten.

The US Government Has Given Education a Huge Middle Finger