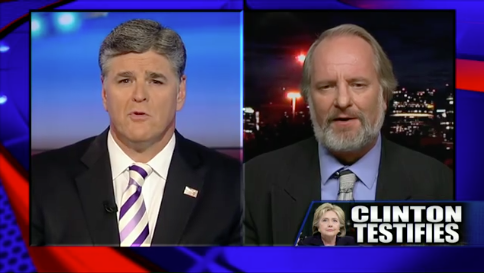 Hillary Clinton’s Testimony at the Select Committee on Benghazi: Truth, Lies, and Obstructions

October 22, 2015, 4:30 AM, cannot sleep any longer. Today is the day that Hillary Rodham Clinton will testify before the House Select Committee on Benghazi. This has been a long time in coming. Will the Benghazi Select Committee operate in a bipartisan manner? Will Hillary Clinton finally tell the truth?

After a busy day for me with appearances with Gretchen Carlson and Sean Hannity, I still managed to watch a good portion of the hearing that day. Since then I have gone thru all 11 plus hours of Secretary Clinton’s testimony.

Leading up to the hearings a song played like a litany on my itunes program, John Lennon’s “Give Me Some Truth.” Framed by George Harrison’s gently weeping slide guitar Lennon sang plaintively “All I want is the truth, just give me some truth now.” I agree John, I agree. For the truth knows no party and honesty is available to all.

The following are my observations on openings, moments of truth, lies, and obstruction in regards to the October 22nd Benghazi Select Committee Hearing.

The opening of the hearing by Benghazi Select Committee Chairman Trey Gowdy set an appropriate tone for the day’s proceedings. He stated that “Chris Stevens, Sean Smith, Glen Doherty and Tyrone Woods served this country with courage and with honor and they were killed under circumstances that most of us could never imagine.”

In his opening statement, Gowdy further articulated a point of order that I felt was important. “Madam Secretary I understand there are people, frankly, in both parties who have suggested that this investigation is about you. Let me assure you it is not.”

I felt comfortable with Gowdy’s presence, that he was there for the truth. But when Ranking Member Elijah Cummings gave his opening remarks, I found cause for concern. Cummings stated, “So they set up this select committee with no rules, no deadline, and an unlimited budget. And they set them loose Madam Secretary because you’re running for President.”

So much for a bipartisan hearing. It was clear that the Democrats on the committee were not interested in finding out the truth.

Some of Secretary Clinton’s opening remarks caused me further unease. “America must lead in a dangerous world and our diplomats must continue representing us in dangerous places.”

But no one said without appropriate security and protection. Of course the false campaign narrative of September 2012 was “Al-Queda was on the run and Bin Laden was dead.”

But amongst the fog of this partisan war between parties some truths were revealed. The first moment of revelation was when when Rep. Peter Roskam (R-Illinois) got Mrs. Clinton to admit that regarding America’s entry into the Libyan conflict in 2011, ”This was at the behest of and the direction of the President once he was presented with the varying arguments.”

Another shining moment occurred when Secretary Clinton responded to additional questions by Ranking Member Elijah Cummings about requests for additional security ”Those requests and issues related to security were rightly handled by the security professionals in the department. I did not see them, I did not approve them, I did not deny them.” A second shift of responsibility and Clinton’s Schultz moment, indicating that she knew “nothing.” More on this later.

The biggest revelation, for the public at large, happened with the interaction between Secretary Clinton and Rep. Jim Jordan (R-Ohio). Jordan stated,after explaining that many her staff knew Benghazi was a terrorist attack and that the false narrative excuse of the video began with Mrs. Clinton, “ At 10:08, on the night of the attack, you released this statement. Some have sought to justify the vicious behavior as a response to inflammatory material posted on the internet.”

“At 10:08, with no evidence, at 10:08 before the attack is over, at 10:08 when Tyrone Woods and Glen Doherty are still on the roof of the annex fighting for their lives, the official statement of the State Department blames a video. Why?”

Secretary Clinton further promoted the false narrative of the video inflaming the protests that were happening in Cairo at that time. The protests in Cairo were due to US drone strikes on Al-Queda operatives and had nothing to do with any video.

Jordan articulated fully Secretary Clinton’s lie when he further stated, “I want to show you a few things here. You’re looking at an e-mail you sent to your family. Here’s what you said, at 11:00 o’clock that night, approximately one hour after you told the American people it was a video, you say to your family, two of our officers were killed in Benghazi by an Al Queda-like group. You tell the American people one thing, you tell your family an entirely different story.” This is the point of the October 22nd hearing that the mainstream media picked up on. They lead their evening stories with one of the more obvious lies as they shrugged their collective shoulders.

The majority of the mainstream American media have reported on Benghazi with little to no information shared and little to no understanding. If we had an honest non-partisan press I think the election in 2012 would have had a different outcome.

Secretary Clinton’s lying to the victims families and the American public is important. It speaks to a question of character or a lack there of. An important side note, the Clinton run State Department told Pat Smith, mother of Sean Smith, that she was not an immediate family member and not deserving of further information. That is beyond insulting.

For Secretary Clinton to continue to state that she feels that the video played a part in the September 11, 2012 attack, and that jailed Benghazi suspect Khatallah’s behavior was influenced by the video, strains all realms of credible thinking. In September 2012, the promotion of the video further endangered the lives of diplomatic and military personnel. Al-Queda was on the rise and all Consulates and military installations should have been placed on a high alert status. Saying the war on terror was over ignored all credible intelligence information.

The other major points uncovered were the 600 requests for additional security by Ambassador Stevens and Secretary Clinton’s lack of direct communication with Stevens. As Secretary Clinton stated, on more than one occasion, that was the responsibility of the State Department’s security staff. Yet, none of these individuals were named and no one faced any consequences for their lack of direct action.

The committee also failed to question Clinton effectively on why the number of security personnel was actually reduced leading up to the September 11, 2012 attack. A profoundly missed opportunity.

Additionally disturbing was Clinton’s statements to Rep. Martha Roby (R-Al) that on the night of the attack the Secretary spoke with Obama, but not with Defense Secretary Leon Panetta or General Dempsey all who could have sent military assets to at least attempt to rescue our Americans that were under siege.

As the hearing progressed, I became more and more uneasy with both the line of questioning and the lack of appropriate follow-up questions.

Secretary Clinton answered the committee’s questions like the recently sedated or a jaded method actor. Her chuckling at times during the hearing was inappropriate to what should have been a serious process. The minority members of the committee, especially Reps. Cummings, Schiff, and Smith, choose to obfuscate the process and allowed Mrs. Clinton to do the same. They decided to avoid asking any substantive questions and when they were not denigrating the process of the committee they were throwing tantrums and were truly an insult to the family members of the victims and the victims themselves. They should be ashamed, but they do not seem to know the meaning of the word.

Mrs. Clinton and committee members stated they were there to honor the victims. They dishonored the victims with their obfuscation and lack of honest answers or direct probing questions.

Chairman Gowdy, stated that they were there to find out what happened in Benghazi before, during, and after. But I found out little new information about the before and during of the Benghazi attack. Accusations were made by the minority members of the Benghazi Select Committee that the purpose of the Committee Chairman was to derail Clinton’s presidential ambitions. What was the minority members purpose in the October 22nd hearing? It felt like a coronation for the 2016 nomination by the Democrats of Hillary Clinton.

In my due diligence as a researcher and a family member, I have discovered the following about the Benghazi attack. Despite Mrs. Clinton’s statements, the Obama Administration made a poorly advised entry into an illegal regime change in 2011 in Libya with our Nato “allies.” The Obama Administration provided the Libyan National Transitional Council with over 400 tons of weapons in Benghazi alone and the individuals receiving those weapons were not appropriately vetted. The Obama Administration, with Secretary Clinton in charge, established a diplomatic outpost and CIA Annex with security at the outpost being substandard.

Secretary Clinton, her State Department Staff, and President Obama himself then tried to sell a false narrative about an inflammatory video being the root cause in the aftermath of the September 11, 2012 attack.

Why the video excuse? Because the Obama team did not want to lose the 2012 election. President Obama and Hillary Clinton made a political decision as opposed to making the appropriate security decisions. Honor the four dead Americans of Benghazi? Liars and incompetent bureaucrats have no ability to embrace honor.

Contrary to the media buzz that Secretary Clinton had won in her appearance on October 22nd, there were no winners. There was no truth and accountability. The thinking American public realizes that Hillary Clinton is not a leader, she is incapable of occupying a post of responsibility and she lied to cover up her incompetence.

Mrs. Clinton’s raised arms, high five, behavior after the hearing was a further insult to the Benghazi victims and their family members. I understand that Mrs. Clinton had an Indian food, wine and beer, celebration in the aftermath of the hearings with her staff. I hope she set out four empty chairs.

Michael Ingmire’s full interview with Sean Hannity about the hearing:

The Politically Correct Manifesto: Biggest Victim Gets to be the Biggest Bully