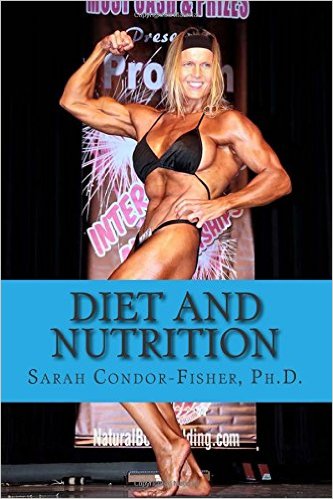 As a former Olympic athlete and someone who spent years advising people how to eat and exercise, I am often surprised how little people know about their bodies and how difficult they find it to listen to what their bodies are trying to tell them in the feelings and pains which are so easily – and often with loftier pride of the Super Ego – disregarded as irrelevant. Lack of proper diet is like lack of sleep – it eventually catches up with you in a most immediate and irrefutable manner…

Eating for a long day at work should start the day before. I know, you expected me to say “with a large breakfast” or 10’ on the stationary bike. No. Your last meal of the previous day is very important for the next day, because you rest at night and your body recovers from strain, replenishes amino acids, rebuilds your skeletal muscle and refuels your liver with glycogen. What should the last meal of the day be?

Consistency and quality is important: 2-3 hours before sleep, you should have a large salad with plenty of vegetables. People often underestimate fresh vegetables and focus on fruit. The glycogen and minerals from bell peppers, cucumbers, onions and tomatoes is more important for you. Always start with a salad, followed by a nice protein meal of your favorite composition, preferably chicken, turkey, fish, white meat. Red meat is better in the afternoon, as it takes longer to digest and leaves your heart-rate elevated and body restless.

Ideally, you should eat six to eight meals a day, which is possible only by using light snacks, occasional protein bars and shakes, and pre-prepared (washed, peeled, cut) fruit and vegetables. I go into this in detail in my book on nutrition for bodybuilding and swimming, including the vitamins and supplements. The key point here is: Never starve yourself! As a lawyer, when I am expecting a “starvation day” in the courtroom, I prepare for it the previous day: first, by eating the right kind of supper, second, by preparing snacks for the next day, and, finally, by having a thorough and full sleep.

Sleep is a crucial part of your diet, because if you do not provide your digestive system sufficient period of rest (6 hours is ideal here), you will be tired and most of your effective energy will be wasted on digestion – which is also why you should end your day with a light meal: veggies + white meat, yoghurt (without fruit, or if so, carefully selected: pineapple, mango, berries), vitamin B complex and an over-the-counter sleeping pill, which you can “shake off” within 15 minutes upon awakening. You can use a combination of Valerian, Tryptophan and Melatonin (plus GABA), which I often do, but they work best on empty stomach, so either wait one half-hour before bedtime or take them before your last meal.

For me, the “trial day” (indeed, any hard working day or competition day) is also a period when I am in danger of insufficient intake of liquids. This is why I stress juicy veggies as the last meal of the day before: green and red peppers, tomatoes, English cucumber, etc. When I lived in Brussels, working for the European Community, I was training with top Belgian bodybuilders. We often bantered nutrition and exercise thought and tried out new things. Belgians eat a lot of gummy seafood and worms (yes, they have shelves of worms in the supermarket, some thick and short, others tiny and long – most of them more expensive than ham!) It was in Belgium that I encountered a member of the French special army units, who told me that when they are dispatched for a week into isolated desert conditions, they are almost exclusively supplied with cucumbers (3-5 per day), because they slow down water absorption and keep you hydrated longer. Ever since, I always buy one English cucumber when I go shopping, clean it and take it with me on a long day at work. Sipping water or protein drink is also good, but: the first makes you go to the bathroom about four times more often than cucumber does, and the latter stresses your liver and kidneys, so unless you also drink to dilute the protein sufficiently and take Silymarin or some other liver protection, do not just overdo the protein.

Finally, your brain cannot function without sugar – no, not table sugar, that is always bad, but glucose. Grapes, banana or an apple supply that instantly. You need approximately 10g of pure glucose to keep the brain going. I love bananas because they also have a lot of potassium. The same goes for peaches. Apples? Well, there are so many varieties, some have very low sugar (the big green ones), others are packed with it (those beautiful red ones from Washington), still others are medium sweet (golden delicious) and those are probably the best. You do not want the apples to be too sour, as they also eat up your gums. The best fruit of all is pineapple, because it contains bromelain and thus can be eaten even after a protein meal.

In the morning, in particular before a trial, I have a grapefruit or orange – with vitamin C. Never load yourself with heavy cereals, which will increase the glycemic index of whatever else you mix with it (usually milk), thus increasing the sugar level in the blood, which causes insulin reaction – insulin takes the sugar to the liver, away from the blood, leaving you exhausted and just as hungry as before in an hour or two. The lower the glycemic index (content of glucose), the better. Look up GIs of different foods.
Therefore, for breakfast, you should combine banana and rice, or banana and spaghetti, which may sound silly to the “uninitiated ones,” but it is in fact the most typical bodybuilding breakfast, serving the purpose of supplying body with water (you are 70% water, most of it kept in the muscle fiber): both well-made rice as well as spaghetti (never rush it, boil it slowly and let it steam with the lid on for a while) are two thirds water and one third complex carbs, which means your body is forced to extract water from complex carbohydrates over a period of 4-5 hours. Thus, not only are you sufficiently “watered” but your insulin level increases slowly and your digestive system is not strained to the point of exhaustion (which always follows a “heavy” meal). With such breakfast, your body will have enough water to “pull you through” 4-5 hours of exhaustive work without forcing you to go to the bathroom.

A snack? I recommend protein bars, but wisely – not those containing sucrose or evaporated cane juice etc., because the result would be the same as in simple carbs + sugar rich breakfast, as mentioned above. Further, mind that protein bars are condensed, pressed, crushed and dried – which, of course, means no water. To digest them, your stomach actually has to take in liquid from your body, which leaves you dry. Several such “dry spells” leave wrinkles on your forearms and make your skin begins to feel more like paper… It eventually shows in your face too – you look haggard and tired – because you are! Thus, if you do use protein bars, have plenty of water with them. They are OK for mundane work (example from my legal practice: depositions) when you don’t need to think too much and there is always time for a bathroom break.

Ideally, you should have a small lunch with you. Again, if you expect a long day, pack some rice with chicken or tuna with a tomato or ketchup. You should try to avoid fat, as the combination of anything fatty (sauces, dressings) with carbohydrates slows down digestion – meat is digested in the intestine with the veggies, fat makes it stay in the stomach longer and keeps you tired; while carbs are pre-digested with ptyalin (saliva) in the mouth and if you don’t combine them with fat, give you instant energy even with meat. What is more, the combination of fat and carbs, such as fatty milk and cereals or spaghetti with fatty cheese or olive oil, such a combination is true disaster for your body, which takes only very little energy from the digested carbs – two-thirds will be stored for fat! However, when you separate fat and carbs, the very opposite happens. In bodybuilding, we all know that taking fat (CLA tablets – pure oil) on empty stomach actually makes the body burn fat…

Keep it light and easy. The more you combine, the worse off, because the “goulash” resulting in your tummy slows down the digestive process – you feel full and tired. Keeping your digestion fast (light) is the only way to think fast and stay on your toes. Of course, it also keeps you slim because your digestive system is at work, which produces heat and requires energy: you burn up to 500 more calories a day on basal metabolism when you keep it going (instead of starving yourself). You want to keep these (energy production – energy consumption) constant – but not in overdrive – to go a long way and serve you well.

An Inside Look at the NAU Shooting, CA Legislation

"Woodlawn" – A Movie with the Power to Change Our Nation