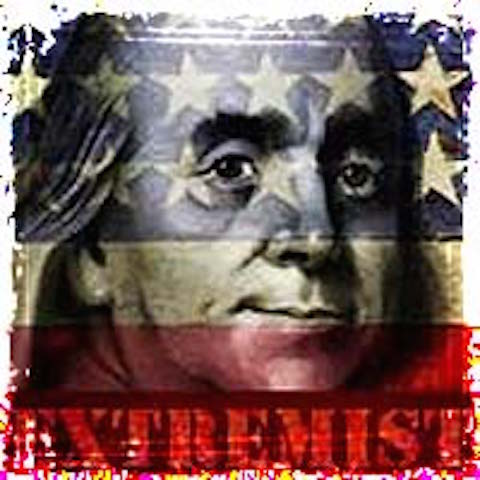 The Obama administration’s Justice Department announced the implementation of a czar position whose responsibility will be to oversee “home-grown” terrorism. The emphasis will not be on, for example, the 22 paramilitary Islamic communes in the U.S. reported to be by a Pakistan-based group and the U.S. front group, Muslims of the Americas; nor on the porous borders, the flood of illegal immigrants or the refugees entering the nation.

Instead, according to President Obama’s Assistant Attorney General for National Security, John Carlin, who expounded on the position’s mission in a Q & A following the announcement at George Washington University, that,

“Homegrown violent extremists can be motivated by any view point on the full spectrum of hate—anti-government views, racism, bigotry, anarchy and other despicable beliefs.”

No definitions or examples were offered as to what constitutes an “anti-government” stance; would all racism be targeted, including bias against whites and what exactly is considered to be a “despicable” belief?

The Q & A was co-hosted with the Southern Poverty Law Center (SPLC), a far left organization who is widely perceived as an “anti-Christian hate group” itself. Carlin openly praised the SPLC, which has associated with “communists, terrorists, and other radicals”.

“Anybody with a gun now, in my opinion, is an extremist, at least as viewed by this government. You’re going to be watched. Be careful what you say on Facebook. The wrong kind of joke will put you on the extremist list, because government agents—I will tell you this—do not have a sense of humor.”

“Everything is shared. There’s nothing that disappears. Everything goes into the cloud. The police agencies will say they only keep data for a year or six months, but it’s always there,” he said.

He said Obama has pumped more than $100 million into the federal “smart cities” program, which will be run by advanced fusion centers or real-time crime centers.

“Once you enter a smart city, all your data will be downloaded from your cell phone without you knowing it. Facial recognition software-scanners will scan your face,” he said. “The big corporations all want this, and some banks are starting to use that already. So everything about you will be known. There will be no privacy left. You add to that drones and what they can do. Man, we live in an algorithm universe. We’re all data bits now.”

In the movie, Enemy of the State, a Corrupt National Security Agency official Thomas Reynolds (Jon Voight) has a congressman assassinated to assure the passage of expansive counter-terrorism legislation. When a videotape of the murder is recorded on equipment by wildlife researcher Daniel Zavits (Jason Lee) who had the camera aimed in the woods at their location ends up in the hands of Robert Clayton Dean (Will Smith), a labor lawyer who is framed for the murder. With the help of ex-intelligence agent Edward “Brill” Lyle (Gene Hackman), Dean is eventually cleared of all charges.

I remember once hearing a Republican ask in an interview, “Are we even in America anymore?”

Today, I ask, “Is there an America anymore?”