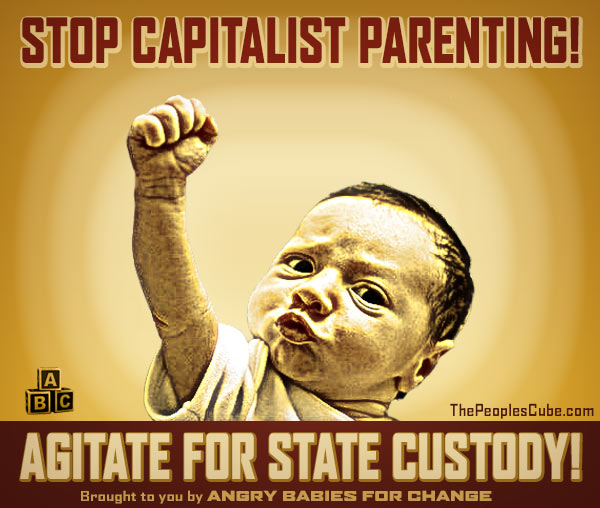 Raise your hand if you’ve heard of the U.N.’s document called “Rights of the Child.” If you haven’t, click here for a simplified version, made for the children to understand. Here is what it says about education, in general. Articles 28 and 29 outline the agenda:

Children have the right to an education. Discipline in schools should respect children’s human dignity. Primary education should be free. Wealthier countries should help poorer countries achieve this. Education should develop each child’s personality and talents to the full. It should encourage children to respect their parents, their cultures and other cultures.

Beyond those two articles the others all state certain roles of the government. Government should protect children from being abducted, sexually assaulted, being poor, bad dreams, etc.  (Okay, I put the last one in as a joke. It doesn’t really say that, but since the people who came up with this treaty seem to think the raising of your children, in its entirety, should be left to the government, I’m pretty sure that calling the men in black suits to quell a nightmare wouldn’t be too outlandish…)

Here’s where the U.N.’s Rights of the Child bumps into education and the ESEA (Elementary and Secondary Education Act) in the United States.

A “Sense of Congress” resolution has been put forth by a few members of the House of Representatives. House Resolution 476 was introduced on October 9th, 2015. This resolution is the United States House’s version of Rights of the Child. It establishes a national Children’s Bill of Rights.

In section J we see the bill’s intents for education.

The wording isn’t exactly the same, but it does match closely to the wording in the ESEA. Of course, the reauthorization of the ESEA is a never-ending story. It’s constantly tweaked, constantly in committee, constantly under review and being made worse.

Here’s where HR 476 comes into the equation. Even if the ESEA is never reauthorized this HR will come in and take care of what the wording in the ESEA is wanting to do. It’s just waiting in the wings as a weak “Sense of Congress” resolution right now.

So this is where I explain what a Sense of Congress resolution is. It’s basically a way for members of congress to go on record to express their thoughts or opinions on certain topics. The resolution in no way creates a law. But it is on record that the majority of the party, or house, or senate, feel this way.

Foreign governments, or the U.N., will pay close attention to what this resolution says. They use this information for political gain or persuasion in getting other members or even countries to recognize our “thinking” in certain matters.

This resolution tells the U.N. and powers that be that we, the United States or at least the United States Congress, feels that American children need their own Bill of Rights.  So what in the name of all bad education reform does this mean? It means that if there was enough support of this HR, they could, in fact, create a bill from it. And it could get voted on and it could get passed.

Then there would be no need for the wording in the ESEA that usurps parents’ rights in directing their child’s education. The United States Bill of Rights for the child would have it.

This is where you use your discernment to decide if you think a Child’s Bill of Rights should exist. And remember – whenever the government puts forth something saying what it thinks a certain party or group of people should have, it’s taking away something from someone else. In this case, granting rights to children provided by the government can lead to taking away parents’ rights.