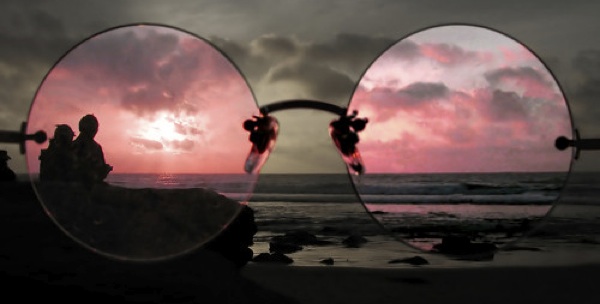 People naturally want to think the best of their creeds and cultures, their societies and their states. This is both the best weapon and the best breeding ground of the left. There is nothing that creates leftists and draws them like the accusation that a nation is failing to live up to its ideals.

Absolutes are a goad, but they are not an answer. A nation is not an ideal. It is a structure that allows people to live. A nation pursuing an ideal is a prison. It is the Soviet Union or Nazi Germany. It is North Korea. Or it’s Europe swamping its cities with Muslims or Israel pursuing a “purity of arms” that its enemies do not abide by. The pursuit of such ideals is a death wish. It’s a totalitarian suicide.

Religions embody ideals. Nations do not. A religion is built around a deity that can forgive its worshipers for their flaws. The wheel of sin turns toward redemption. Failure in religion is itself a learning experience that allows for self-improvement. Unless warped, it does not lead to a state of self-hatred, self-destruction and death.

But the state has no God. It is a bureaucratic idol composed of activist politicians and their clerks. It cannot redeem itself. Only damn itself. When it pursues an ideal, it borrows the narrative of religion without any divine understanding. Fanatics stand at the helm who are corrupt and goaded to extremes by their own failures, made incapable of forgiveness by their own human weaknesses.

The ideal state is a cult. At its head is the cult of personality. It ends with Jim Jones dispensing the Kool Aid. Or Rabin shaking Arafat’s hand. Or Merkel opening the borders. Or Obama rattling through another teleprompter speech filled with borrowed inspirations and empty hopes.

The ideal state can only find its redemption in death. The death of states is the grand gesture that inspires leftists to believe that “Imagine” is the anthem of the future. What the state cannot do, the planetary collective will somehow accomplish. And yet the ideal state was the collective that was meant to accomplish what individuals could not do.

A state in pursuit of an ideal must always fail and in its failure discredit itself. The process of failure teaches self-hatred.

Think about how each time that America or Israel struggles to conduct a pure war that kills the fewest enemies possible, it only intensifies the wave of hatred and self-hatred indoctrinated by the left at each failure. It is the pursuit of an impossible ideal that feeds the hatred. The closer we come to an impossible notion of a pure war, the more our failures are used to spread shame and disgust.

In the tyranny of idealism, superior morality is not rewarded, it is punished.

Those closest to the ideal feel the failures most keenly. Those furthest from it are completely immune to them. A nation that genuinely values ideals can be taunted for failing to live up to them. It is the nation’s own weakness for exceptionalism that makes it vulnerable. Once the exceptionalism is made conditional on impossible ideals, then it can be goaded to destroy itself by trying to live up to them.

There is nothing that saps morale and clouds decision making like the failure to live up to one’s ideals. Once ideals define perspective, then the nation begins the race to the abyss of those ideals.

Functional nations pursue practical goals that are in the interest of their peoples. Ideal states are gulags, concentration camps, where human beings are tools for achieving ideals. A functional nation can be free, but an ideal state must be totalitarian no matter how often it prates about freedom. A nation can only be free when it accepts human flaws and frailties. An ideal state loves freedom, but hates free people. It cannot accept individualism or the wisdom of crowds. It bends them to its ideal.

The only way to escape the tyranny of idealism is for a nation to accept its flaws.

Once a people become susceptible to the tyranny of idealism, they begin to accept that their lives are conditional on the fulfillment of a set of ideals. And that they can therefore be sacrificed to them.

It follows them that America and Israel must accept the death of its people at the hands of terrorists rather than violate some impossible ideal about civilian casualties when fighting terrorists. Scale that moral calculus up to the nuclear and this ideal mandates that nations must die rather than fight back.

Likewise, Europe’s refugee idealism demands that it accept hordes of invaders even at the cost of its existence, because its existence is conditional on ideals rather than realities. Survival by violating ideals becomes a fate worse than death. Religious martyrdom becomes a secular national suicide.

In this environment, the left thrives. Every failure of ideals becomes a cause for self-hatred. The peoples of the free world are taught that they violate their own values by living. Even their passive existence is a carbon crime, a volitional act of white privilege, that can never be wiped clean. Every attempt at self-defense, every attempt at existence, deepens their crime. The only escape is death.

Leftist politics pretends to offer ideals it is for, but it most acutely campaigns not for, but against. The leftist activist knows the society that he hates better than the one he loves, he has a much clearer understanding of the world that he wants to destroy than the world he wishes to create.

His politics are not creative, they are destructive. He has been nurtured on the foul milk of self-hatred. It has taught him to love himself by hating others. His arrogance is a contempt for an ordinary mass of people he fancies himself superior to because he wishes to destroy their way of life and remake it along some impossible ideal. The remaking cannot be done, but the destruction is always feasible. The leftist is always destroying someone else to atone for his own failure of ideals.

This is the way of the left. Its leaders and societies are predatory failures, consuming and destroying the life force of their peoples, and then expanding to destroy their neighbors and the world. The collective buck is always passed to some new group of victims and suckers. It will be their job to make the failed ideals of the past viable through sacrifices, self-hatred and self-destruction.

What the leftist does best is teach self-hatred. It is the main course in our educational system today. Its students are taught to despise their family, their culture, their religion, their way of life and their nation for failing to live up to the tainted ideals of the left. And to gain their self-worth through a rejection of these things and the embrace of their destruction. And so the leftist is born.

A set of ideals whose fulfillment requires our destruction reveals either our falseness or their falseness. The answer distinguishes the fanatic from the philosopher. Only the fanatic demands that people pursue ideals which will destroy them, whose terms make their existence impossible.

Our leftist philosopher-kings are not philosophers, they are feudal fanatics who bind peoples to ideals that destroy them because it feeds their twisted madness and their sense of superiority. They are not interested in the terms on which people can actually exist. They are not interested in people at all except as subjects for their gleeful malice and as puppets for their political psychodramas.

The absolute is never the answer except to the tyrant. And only a madman filled with hatred demands that a nation choose between self-hatred and self-destruction.

Human existence is the only possible resistance to the inhuman demands of the ideal state. This is the restating of the Declaration of Independence that governments exist for the life, liberty and happiness of human beings, not for the fulfillment of ideals which would destroy them.

Governments are not meant for angels, but for men. A state exists to enable, first the existence, second the freedom, and third the happiness of human beings, in exactly that order of importance.

Governments are not religions and no political movement can place its pet philosopher in place of God. No man can demand more of other men. Only God can demand the impossible because He can also grant the impossible. No political system can forgive. It can only amass more guilt and sin, more hatred and self-hatred, more madness and destruction. Human beings cannot exceed themselves.

A healthy idealism aspires to a more human state of living. It does not demand absolutes. An idealism that demands absolutes is a trap. It is easy to tell the difference between the two.

Human ideals feel better about themselves as they improve. Inhuman ones feel worse because the ideal is never meant to be reached. An irreligious absolute offers no redemption. Instead the failure to do the impossible becomes the means of breaking people of their human qualities and making them into monsters.

We can only achieve human terms of existence for nations and peoples by accepting our flaws. Perfection is as impossible for a people as it is for a person. And within our flaws, we create an existence that is not based on the collective impossibilities of an ideal, but on the realizable goodness of our human flaws. Instead of seeking to create a perfect state, we individually become better people. Instead of the tyranny of idealism creating monsters, we give ourselves the freedom to be human beings.

Instead of building suicidal ideal states, we create societies in which we have the freedom to be good while refusing to lapse into a self-hatred borne of frustrated idealism which prevents us from seeing the goodness of our fellow men and the evil of our enemies.