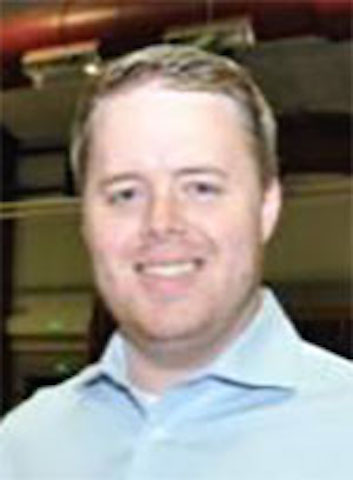 The Colorado Republican Party announced on Monday that political consultant and campaign veteran Ryan Lynch will be the party’s new executive and political director—an otherwise benign announcement, except for the back story of state party chair Steve House’s rise to power, alleged betrayal of alliances, and accusations of blackmail over his refusal to hire former state senator Ted Harvey as executive director.

The Harvey-Lynch connection runs deep. Both Ted Harvey and Ryan Lynch were involved in the campaign to elect House, but Harvey allegedly threatened to walk off the campaign team if Lynch and political consultant Rob O’Regan remained as key campaign advisors. Inside sources stated that Harvey was led to believe that Lynch and O’Regan would be fired, but later learned they both continued to work closely with House.

The day of House’s election, Harvey made statements that he would be assuming the role of executive director. Harvey drove to the Colorado GOP office within minutes of House winning the election for state chair, but was denied entry. Instead, the keys to the office were given to Lynch.

House was confronted on the radio days after the election about ongoing rumors that Harvey would be hired as the executive director. House responded with much praise for the former state senator, repeating how helpful Harvey was to him—while also noting Lynch’s performance on the campaign:

“Well I mean Ted has been around the campaign from the very beginning and he has done a great job of helping during that process and he is on the transition team among others. He’s not there by himself. And so you know we have to sit down and talk to the executive committee. There’s a hiring process that you go through. You know the executive committee approves salaries but I also want them to actually do interviewing because I want everybody to buy into the program. So no decisions on anybody has been hired (sic), but I can’t tell you that I haven’t thanked Ted a lot for the effort he made because he’s been very good at helping. And he’s a very politically savvy guy and there are other people around him as well who have done a great job like Rob O’Regan, and you know, Ryan Lynch, and Mike McAlpine is still involved because Mike is just a genius at details so those guys are helping me along with the internal staff that’s already there.”

House said in the same radio interview, “The thing you have to realize too is that you know people may not like all the choices we make on the executive committee or the staff, but the bottom line is you know as chairman it’s going to be my agenda, my messaging. They’re gonna input into it for sure, but I have to be the one who stands for what we are. And the buck stops here as Harry Truman said so whoever we do hire is gonna be part of an organization that I set the tenor and tone for.”

After House debunked Harvey’s claims, Lynch’s name had been mentioned by activists as someone House would consider as a political director or executive director.

Digging deeper into the Harvey-Lynch connection, operatives familiar with Lynch speculated that he was behind the strategy for state chair Steve House to take the offense on the intra-party scandal centered around Ted Harvey.

House took control of the narrative at the onset with a pre-emptive statement in which he denied that he was unfaithful to his wife before anyone publicly accused him of adultery. He stated in a press release that the state’s Attorney General Cynthia Coffman, a former U.S. Congresssman, and a county chair attempted to blackmail him to resign with false allegations of an affair for refusing to hire Harvey as the party’s new executive director.

The trio accused House of lying, each stating that the purpose of the fateful meeting was to confront House in regards to slanderous statements made towards Harvey—and was not motivated by House’s hiring decisions. They later revealed a claim by House that Harvey would pose an embezzlement risk to the party if hired due to an impending divorce and bankruptcy, though there was no divorce or bankruptcy in the works.

House later backtracked on the description of blackmail, but only after significant damage had been done to Coffman’s reputation with ongoing threats of a federal investigation.

When Lynch was asked if he played a role in strategizing damage control for House, Lynch replied that his previous consulting contract with the party included a non-disclosure agreement. House emerged from the scandal relatively unscathed.

Since House’s election, the Colorado GOP paid out over $26,000 in consulting fees to Lynch under his business name Polstar Strategies based on filings with the FEC and the Colorado Secretary of State. Harvey appeared to have donated his time, treasure, and talents for the good of the party, but questions linger as to whether Harvey was promised the executive director position.

Hushed rumors have run rampant for months about email exchanges that occurred between Harvey and House. The emails—if they even exist—are said to contain employment specifics such as a start date, salary, and job duties. Harvey did not deny their existence upon a request to produce a copy of the alleged email correspondence, but rather declined to release them.

As Lynch takes the director reigns, he expressed that he is looking forward to working with county chairs and local activists. A Colorado Springs native, Lynch’s prior experience includes serving on campaigns in Virginia, Nebraska, and Colorado. Lynch was also a consultant for the presidential campaign of Wisconsin Governor Scott Walker.

Harvey now spends his time as a paid staffer with the fledgling Rand Paul presidential campaign.